Log in with Facebook
or
Wrong email address or username
Sign up
Already on BookLikes? Log in!
Incorrect verification code
Please, check your email, the code to access your BookLikes blog was sent to you already.
Enter code:
« Back Send
back to top
Search tags: to-review This is book #3 in The Script Club series.  This book can be read as a standalone novel. To avoid spoilers, and to understand the series, I recommend reading this series in order.

Asher has felt lonely for too long.  He has been busy with work and finally making time for himself.  When the hookup of his choice shows up and is more than promised - it frightens him with what could go wrong.

Blake is excited that he ends up with what he wanted.  When this gets more complicated, he is not sure how to move forward.  Then he finds out just how complicated it is going to be.

The story is solid and moves at a good steady pace.  The narrator is really good, which enhances the book itself.  I was really relaxed and listening, enjoying each chapter.  This author is a 1-click for me and this is another reason why.  I give this 4/5 Kitty's Paws UP!

***This copy of the audiobook was provided for an honest and volunteered review. This is book #5 in the Off-Campus series.  This book should be read in the order listed.  The characters and story will give spoilers if read out of order.

We visit four couples who are dear to our heart in this amazing book.  Logan & Grace, Dean & Allie, Garrett & Hannah as well as Tucker & Sabrina.  We get to take a look at all of them, where they are and what plans are for the future.

This book was a complete joy to read.  Totally filled with funny, hot, and even crazy.  I felt like this was an EPIC piece of their lives to enjoy.  I read it all in one go - and I am already anxious to read it again.  This is why the author is an absolute 1-click for me. I give this a 5/5 Kitty's Paws UP! This is book 1 in a brand new series, TIN. This story can be read on its own - but I would recommend reading the THIRDS series beforehand. If you haven't then it is not only an excellent reference to these characters, it is the story before the story.

Dexter returns to us in this TIN series opener as AKA "Chaos."  Likewise, his hunky husband returns as his partner Sloane AKA "Atlas."  Learning to enjoy and hate his job at the same time - he goes on one of the worst missions of his career.  Learning to be a spy has been fun and a challenge, but sometimes it is not fun and games.

Sloane knows this latest task is within their wheelhouse to solve.  It is going to take more than the normal assignment however, as they are up against a madman who is not afraid to kill to cover up his crimes.  While he has faith in their teams abilities to get this done - there are a lot of unknowns that can still go wrong.

I really enjoyed getting back into the Dex & Sloane life.  Reading about them and the adventures of their team is always a joy.  This new team seems to be coming right along.  I could not put this down it was so great!  I am already excited about the next story.  I give this a 5/5 Kitty's Paws UP!

The pestilents are trying to kill him.

He’s pretty sure the Water Weaver wants to kill him as well.

That night was earth shattering.

And now he needs to figure out how to keep both men safe and his.

Calder doesn’t want to fight his attraction for the Fire Weaver any longer, but they can’t really be soul mates, right?

And what about Gio? The sexy man gives him such a feeling of completeness and peace.

Could one man really have two soul mates?

Can’t he just have them both?

“Nothing feels icy to me,” Lucien murmured, while the fingers on Calder’s waist tightened.

He suddenly felt bad. He was intruding like an annoying little brother. Yes, his intention had been to stop Lucien from hitting on this guy, but now that he was standing there, he felt how wrong it was. What Lucien did and who he slept with was none of his business. He was supposed to be working on getting rid of the bad blood between him and Lucien, not making matters worse.

“None for me,” Calder said softly. “I’ll grab the drinks and get out of your way.”

Gio surprised him by cupping the side of his face with a warm calloused hand. “Oh no, sweetness. We don’t want you going anywhere. You’ve got to stay.” Gio looked over Calder’s shoulder at Lucien. “We want him to stay, right?”

Calder tensed, waiting for the rejection, but Lucien shocked him even more by pulling him in tighter so that he could feel Lucien’s groin against the small of his back. Those long fingers slipped down from his waist to caress his hip bone, sending the most delicious tingles all over his body.

“Stay. Have a shot with us,” Lucian pressed. His voice was warm and so very tempting. Calder couldn’t remember ever hearing Lucien talk to him like that. He wanted to live in that voice. Just curl up in it like a warm, handmade quilt.

Releasing him, Gio turned to the bartender as she delivered Lucien’s and Calder’s mix of drinks and ordered a round of shots. Calder didn’t hear what he’d ordered exactly because Gio had also slotted himself better against Calder, causing his brain to short out. He was now in the one place he’d never thought he’d be—a Gio-Lucien sammich. Even with all their clothes on, it was now his favorite kind of sandwich. He would happily eat it every day for the rest of his life.

Calder was too tongue-tied to manage words. He nodded. At least he thought he nodded. He must have done something, because Gio’s smile grew wider. A second hand landed on his hip right where Lucien’s was.

The shots arrived, and Gio slid one over to Lucien before physically placing one in Calder’s hand as if he knew that his brain wasn’t in control of his body any longer. He watched as Gio clicked his shot glass on Lucien’s and then Calder’s. Tipping his head back, he sent the amber liquid down his long, sexy throat. Calder did the same without a thought. The burn was enough to wake him out of his stupor.

Sucking in a harsh breath, he coughed several times while slamming his shot glass on the bar. Gio grabbed his hand again and shoved a drink into it. Without thinking, Calder sipped it, relieved that it was his gin and tonic. The addition of more alcohol to his system probably wasn’t the smartest, but at least it had gotten rid of his coughing.

When he could breathe, he took a deep drink and set the glass on the bar to find Gio smiling at him while Lucien’s hand continued to dig possessively into his hip.

You okay?” Lucien inquired. For once, the question didn’t sound spiteful or mean. There was genuine concern in his tone.

Of course he’s okay. What are you drinking, sweetness?” Before Calder could answer, Gio leaned in and licked his bottom lip, sucking it into his mouth for a second, then releasing it with a wet pop. “Mmm…gin and tonic. Not bad.”

Calder barely heard the words. It was just a rush of blood past his ears as it raced to his steadily hardening dick.

As Gio moved away, he reached past Calder and pulled Lucien close. “And what are you drinking?” Calder watched as Gio licked his way into Lucien’s slack, welcoming mouth. He didn’t know what turned him on more—actually kissing Gio or watching Gio kiss Lucien. It defied all logic, but it was clear that his libido had zero interest in logic. He only wanted to know all the wonderful things Gio could do with his mouth.

Gio released Lucien and licked his own lips slowly. His dark eyes had turned black as his pupils dilated with desire. “I can tell this is going to be a fun night already. I suggest we head to my place so we can get more comfortable and less likely to be arrested.”

We? Calder croaked out. 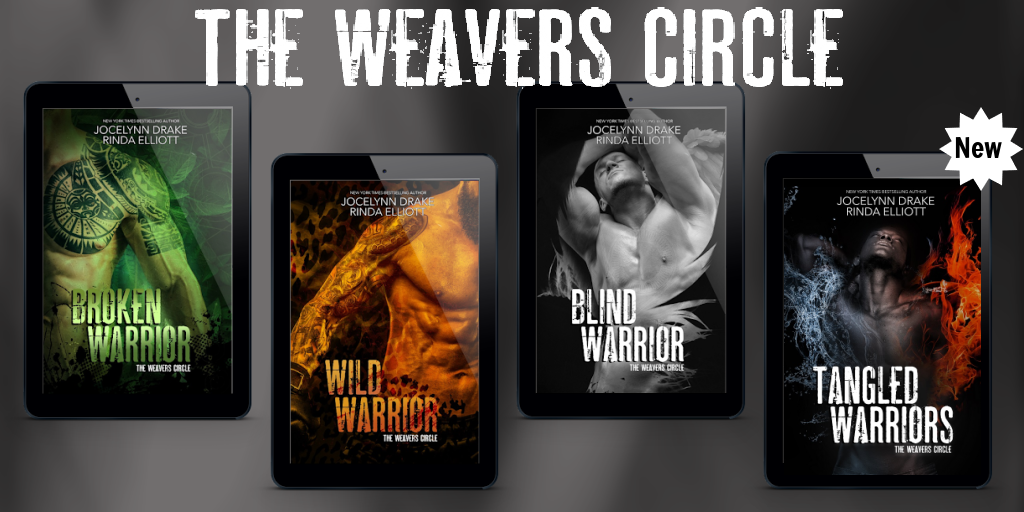 Tangled Warriors by Jocelynn Drake
My rating: 4 of 5 stars

This is book #4 in The Weavers Circle series. This book can be read as a standalone novel. For reader understanding, and to avoid any spoilers, I recommend reading this incredible series in order.

Calder & Lucien are not getting along. It is interrupting their fellow weavers and may put them all in danger. What can be done to fix this animosity? It has been suggested there is ore to this fighting. Will they listen and learn?

Gio is a nice surprise in a very hot package. When he meets Calder & Lucien the scales tip in their favor and they find that the suggestion to get together was all they needed. Now they want Gio in a more permanent way. If only changing his mind were that easy.

This story has a fast pace and the story moves along quickly. Great addition to the series. The new characters add spice and just a bit more. I loved reading about the men coming together and making this work. Now I cannot wait for the next book!


***This early copy was given by in exchange for an honest review only. 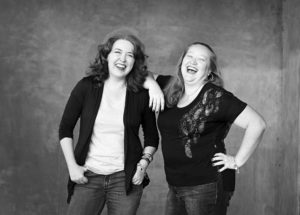 This is book #4 in the Famous series.  This book can be read as a standalone novel.  To avoid spoilers and greater understand the characters, I recommend reading in the order the author intended.

Blake has promised Jordan he will honor the bet they made, and do the movie together.  Little does he know that working day in and day out with him will draw them closer.  Then Jordan has issues with his boyfriend and the world tips on its axis.

Jordan has just made a big life change and is not sure what to do or where to go.  Thank goodness Blake was there and can help him hide.  While they are waiting to finish the film, he might as well get to know the rest of the guys.

This was a very real story to me.  I loved the characters!  This series is amazing and the guys from Eleven are so fun to read.  I give this a 4/5 Kitty's Paws UP!