Log in with Facebook
or
Wrong email address or username
Sign up
Already on BookLikes? Log in!
Incorrect verification code
Please, check your email, the code to access your BookLikes blog was sent to you already.
Enter code:
« Back Send
back to top
Search tags: 5star 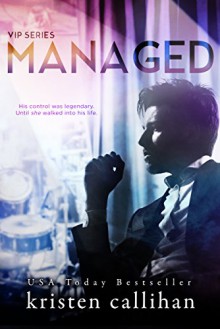 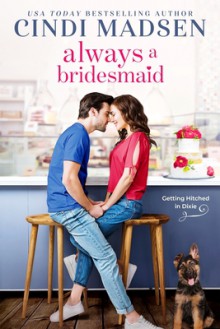 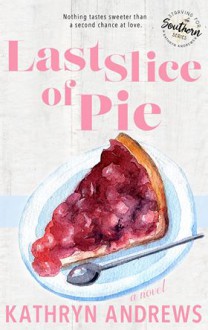 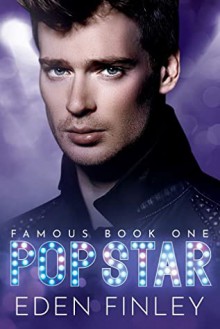 Harley has had quite the scare.  An overzealous fan who threatens him in his own home.  He has never wanted or needed a bodyguard.  Times are about to change.

Brix just wants to do his job, get paid, and go home.  He never wanted to get feelings for someone he was charged with protecting.  That was before he was charmed by a musician he has never heard of.

I absolutely loved these characters.  I cannot wait for the next installment in this series, and this one isn't even out yet.  Every single one of the characters in this book brought laughter or something fun.  I was completely impressed with the fast pace of the story as well.  Lots of heat, and so may surprises for the reader.  I only wish I could give it more than the 5/5 Kitty's Paws UP! 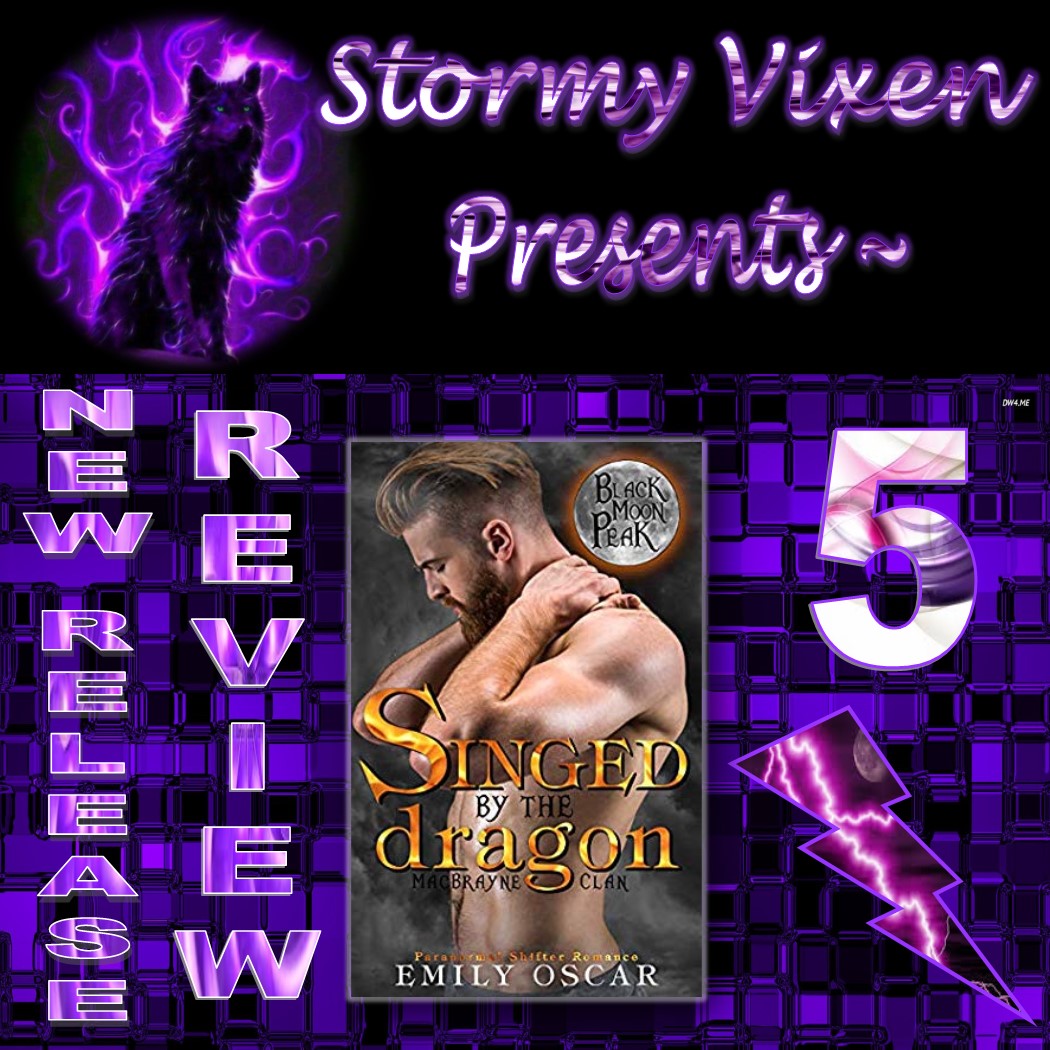 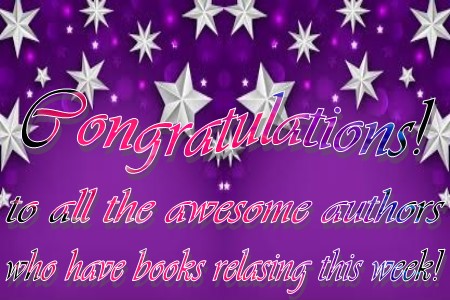 Ready for another great book, readers? It's time to head to Black Moon Peak to play with dragons, but be careful and try to not to get burned! Enjoy an don't forget to add SINGED BY THE DRAGON by Emily Oscar to your shelves! 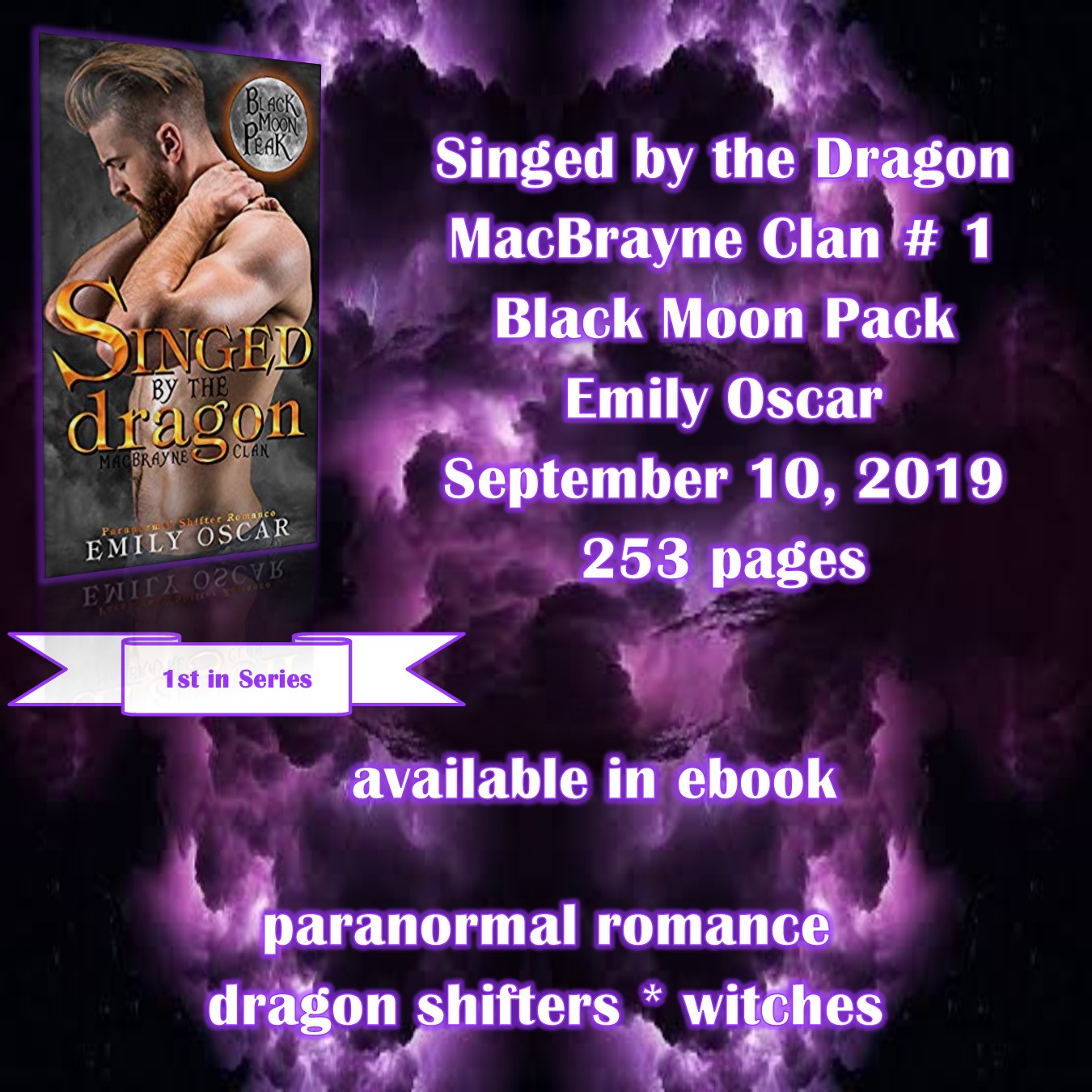 Only Everly Martis never heard of the small California town — and not once did her Amma ever mention a Howling Rock. Distracted by the oddness of the situation, professional backpacker Everly slips and plummets off the steep trail. A fall there’s no way to survive.

Until she’s snatched out of the air by… a dragon?!

Ralston MacBrayne prefers the solitude of the wilderness, though he’s agreed to keep a distant eye on adventure-seeking tourists. Revealing his dragon form to outsiders isn’t permitted, but he can’t let the hiker fall. Once back on firm ground, he expects her to freak out, like everyone else — witches, wolf shifters, humans — who’s ever seen a full-form dragon. Only instead of screaming she asks to… touch him?!

Two nights can’t hurt, right? Two nights, one hike to complete her task, and then he’ll take her to the crone to alter her memories. Maybe she can at least be allowed to remember him in his human form.

But when she scatters the ashes, it triggers an unnatural eruption that shakes the entire town… and everything she knew about the world, her wandering ways, and herself.

As Everly is pulled into the close-knit MacBrayne Clan, the quirky inhabitants of Black Moon Peak, and a vendetta that’s been simmering for centuries, Ralston must find a way to protect her, or risk his mate falling where he’s helpless to catch her.

Singed by the Dragon is a full-length standalone HEA in the Black Moon Peak ‘verse. Dragons roar and witches conjure to make sure Everly and Ralston get their happy ever after, though some events foreshadow or continue into the next books in the MacBrayne Clan Series. 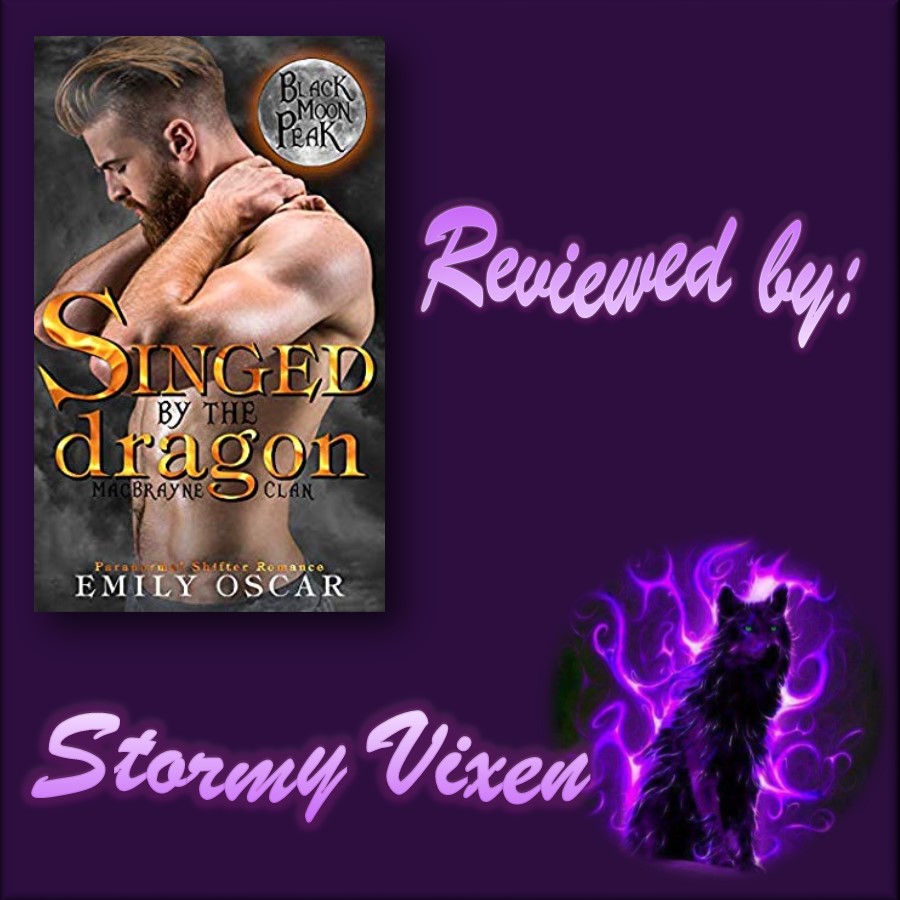 Everly Martis has one final task to perform for her grandmother – scatter her ashes into the Howling Rock at Black Moon Peak. Distraced, she falls off the steep trial which she’s sure is to end in her death, until she’s snatched out of the air! Ralston MacBrayne agreed to keep a distant eye on adventure-seeking tourists, but revealing his dragon form to outsiders isn’t permitted, but he can’t let the hiker fall. He expects her to freak out like everyone else, but instead of screaming she asks to…touch him!

This new paranormal series is off to great start with a story where the excitement never ends and a hot and steamy romance. The strong, bold characters catch readers’ interest right off the bat and there are oodles and oodles of volcanic chemistry between Everly and Ralston, but this romance might as well have two mountains standing in its way since Everly is human and Ralston is a dragon shifter living in a supernatural community…a community that might have a bit (or a lot) to say about his actions.

The plot is fast paced, full of excitement and thrilling suspense that continuously builds throughout the story from Everly’s fall at the beginning to volcanic eruptions, secrets being revealed, truths smacking characters upside the head, and a mysterious enemy wreaking havoc. The community is a fascinating setting full of intriguing characters that readers want to know all about and the author has added her own unique elements for additional flair in a story that never has a dull moment and leaves readers wanting to know more. 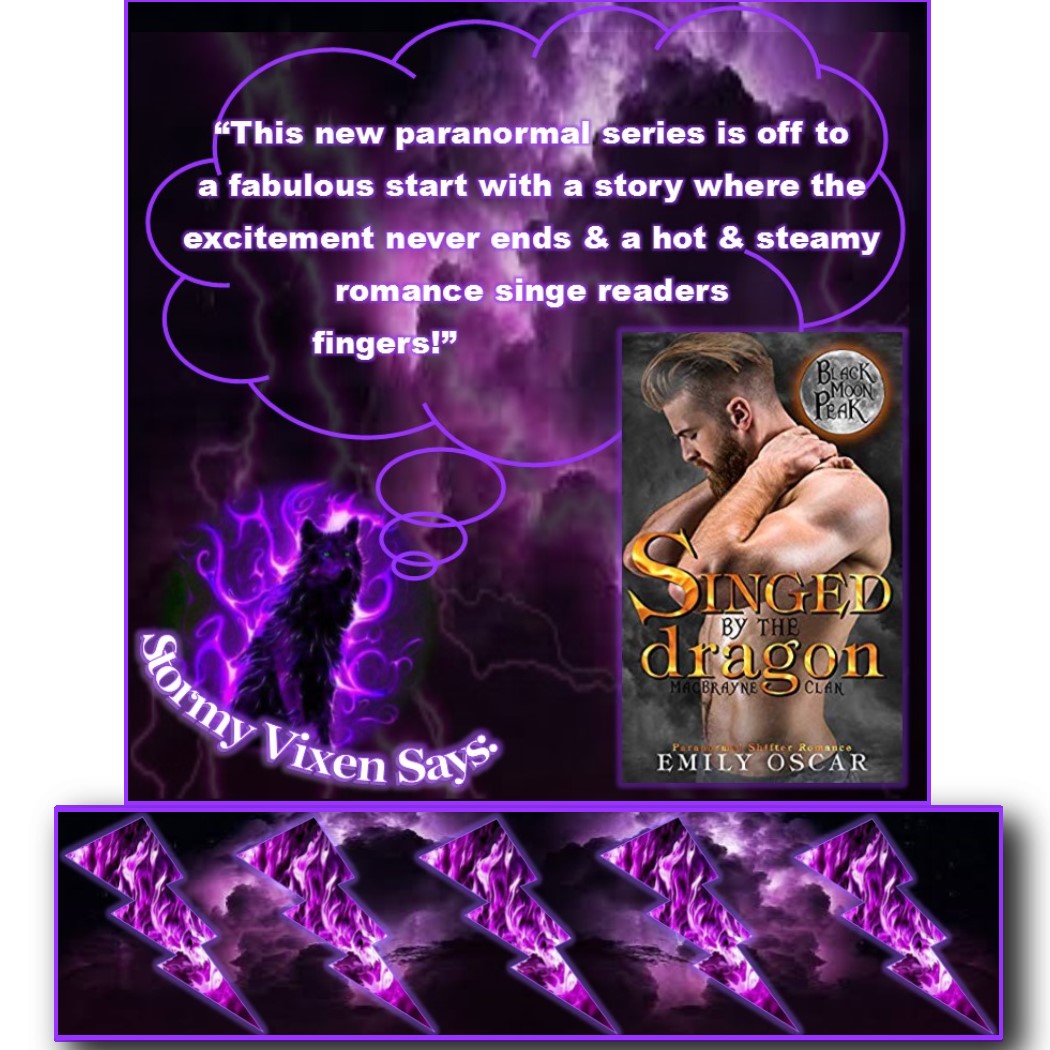 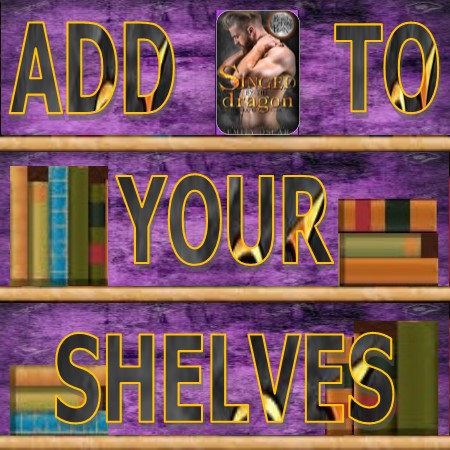 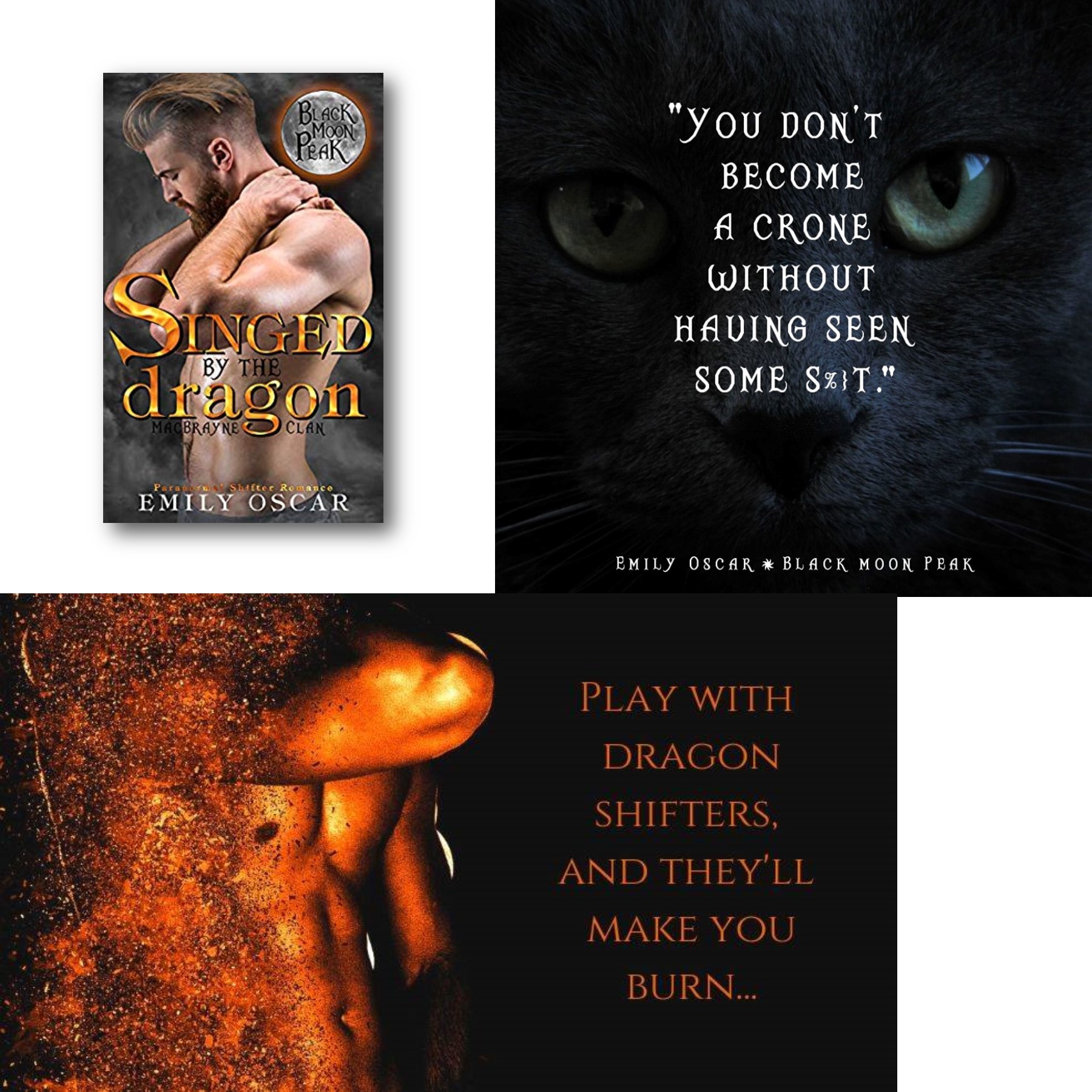 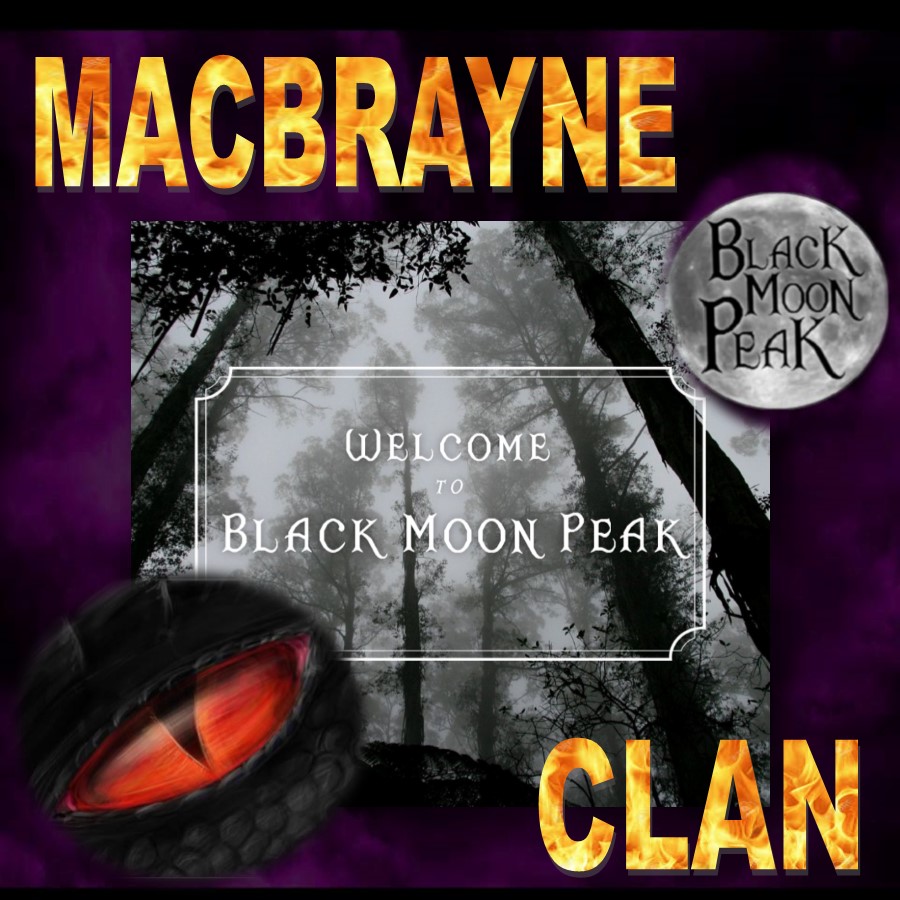 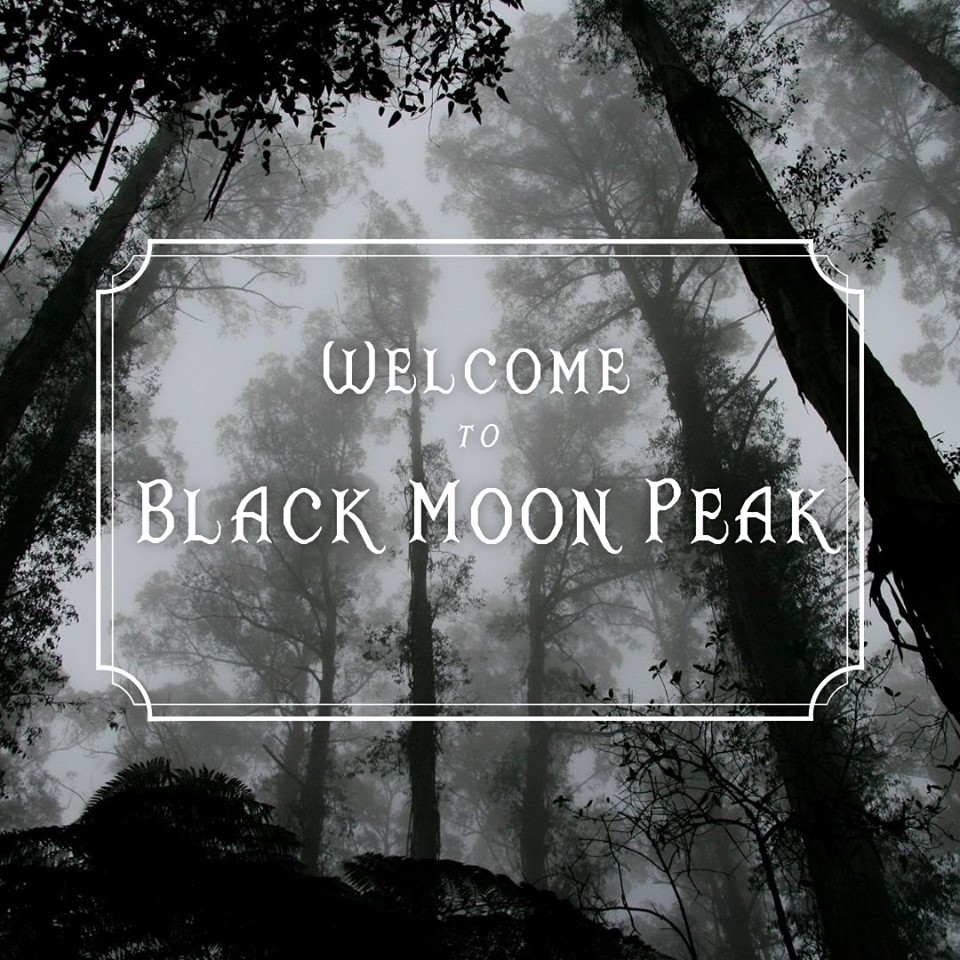 The MacBrayne Clan is part of the BLACK MOON PEAK Universe. 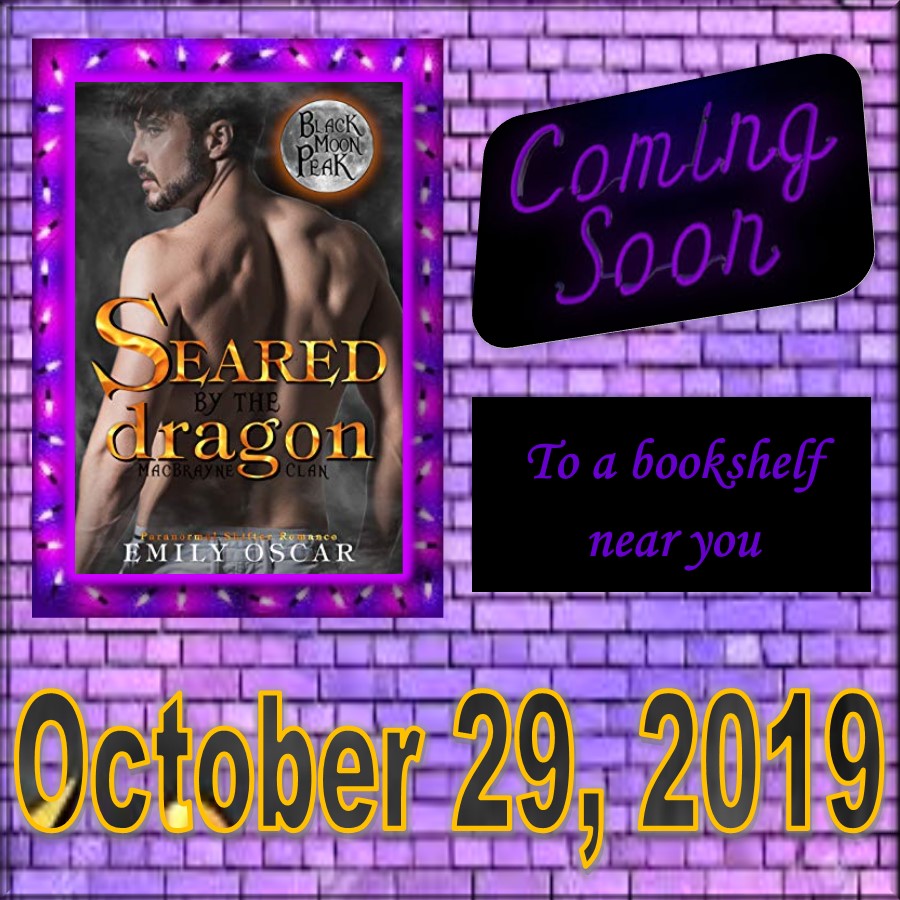 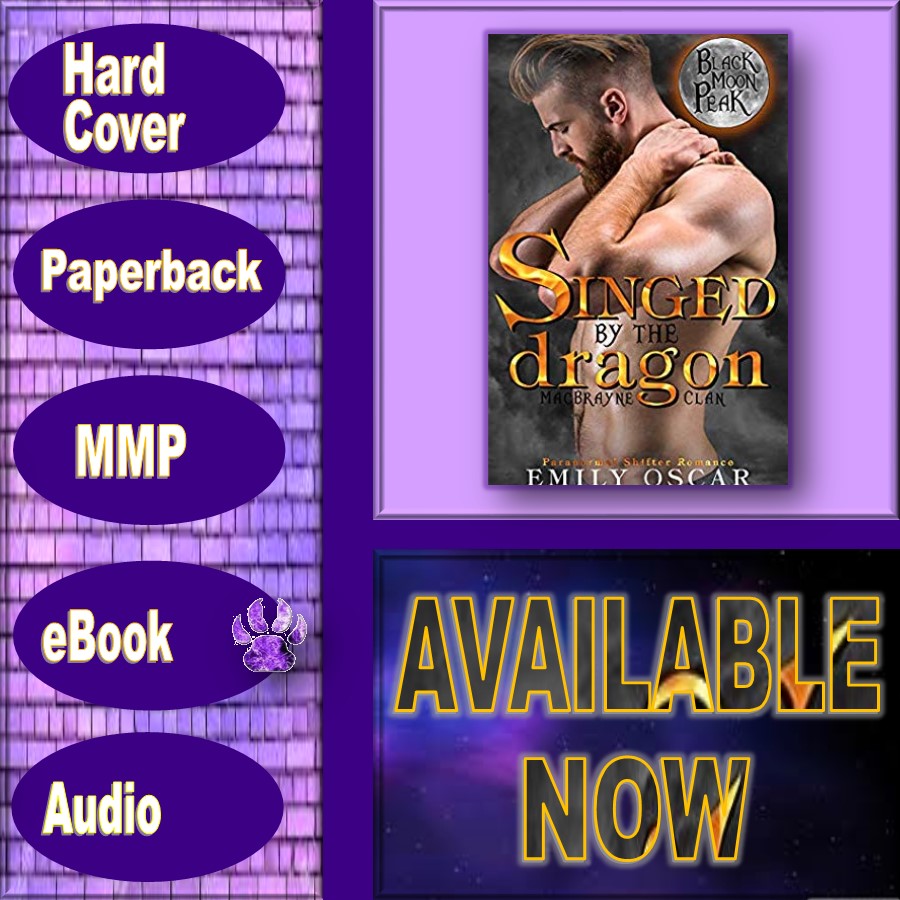 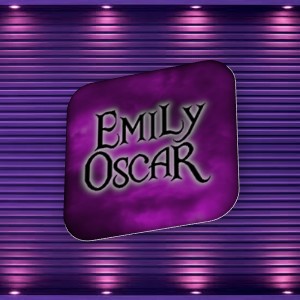 Emily Oscar is the author of the Black Moon Peak paranormal romances. As she's completely unfit for normal careers, she's thrilled to conjure up fast-paced tales of dragon shifters, witches, wolf shifters, and other things that creep, crawl and cavort in the night.

Emily's stories are full of humor, hot sexy times, found families, and heroes and heroines who discover happily ever after isn't something you get, it's something you do.

She owns an impending avalanche of blank journals, her BtVS boyfriend will always be Oz, and her two rescue cats do not appreciate that she has to close the closet door before going to sleep. 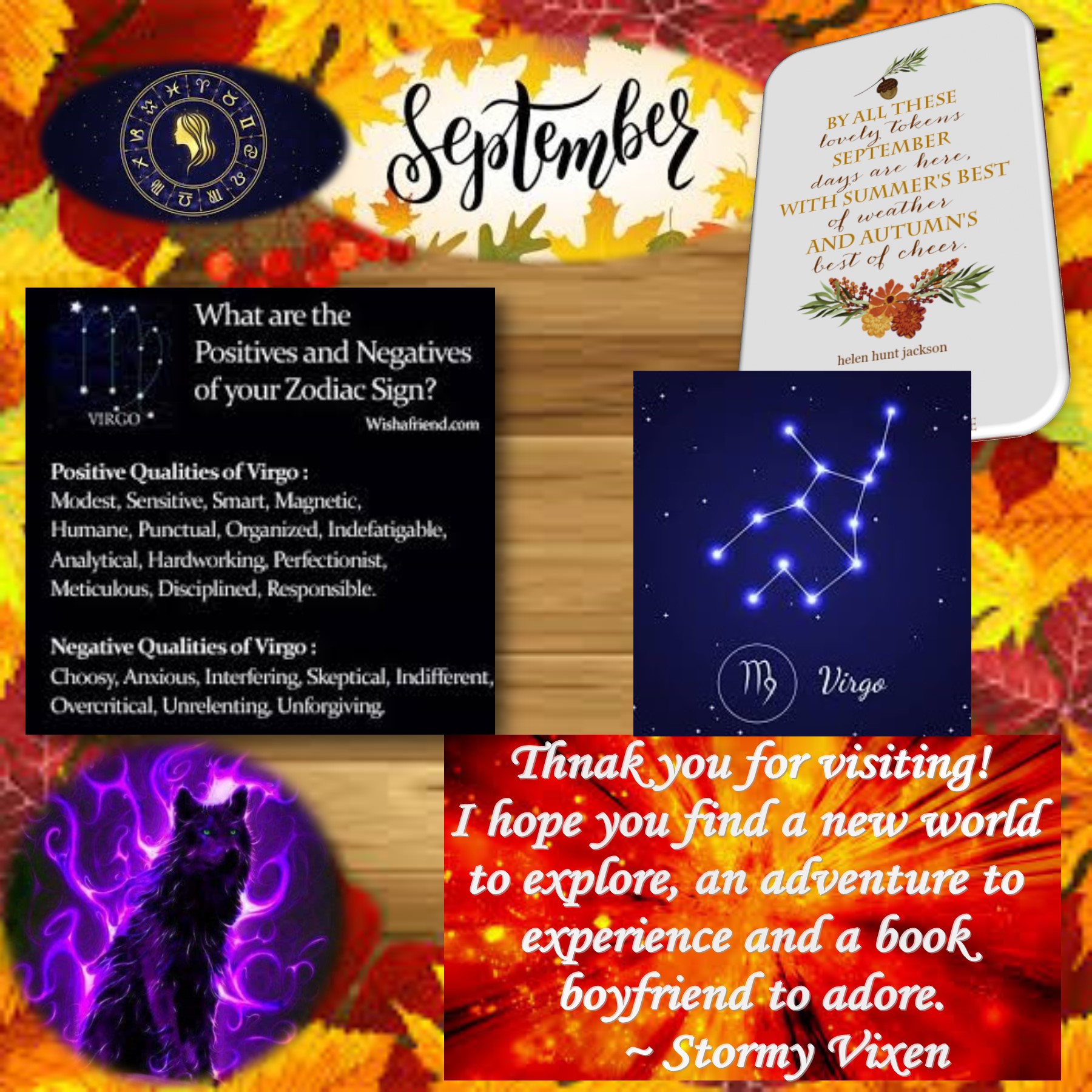