Log in with Facebook
or
Wrong email address or username
Sign up
Already on BookLikes? Log in!
Incorrect verification code
Please, check your email, the code to access your BookLikes blog was sent to you already.
Enter code:
« Back Send
back to top
Search tags: Ghost-Hunters 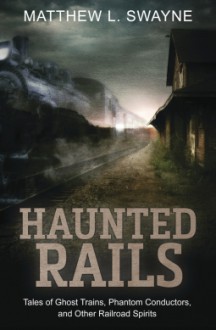 This is the authors' relation of their experiments with a 'ghost box', literally a box that works like a radio transmitter to pick up the voices of ghosts. Spooky! But that's what attracted me to the book.

It requires a big leap of faith. Apparently much of the activity happens on a psychic level so you're basically taking the word of the author that anything was heard at all, although some recordings apparently produced voices. Putting belief aside, I found the book interesting. The incidents mentioned in relation to a few high profile historic deaths made for good reading, scepticism or not.

I did find the suggestion that the box picks up alien voices as well a stretch. It started ticking too many woowoo boxes at that point and I found it more difficult to suspend disbelief. I keep an open mind about spiritual activity, but this pushed it a little too far for me and I found myself reading with more scepticism after that part.

Despite this, some of the stories related towards the end appeared to be corroborated by real world evidence, if you take the author's word for it. I decided that belief is subjective and on the bottom line, I enjoyed reading the book. It was well written and provided some interesting food for thought. Would I try the spirit box if given a chance? Definitely. Like some of the other sceptical people who came into contact with the authors, I would ask questions that only the person I was contacting would know, but I would not hesitate to give it a go and see what happened.

The only thing missing was any information whatsoever about how it supposedly works. Maybe the authors will include that in their next book. This is a non-fiction book written by a professional ghost hunter who reports encountering negative entities, even demons.

I'm always fascinated by this sort of book that presents spiritual entity experiences as true things that happened because it makes me examine my own beliefs. Do I believe in ghosts? In demons? Do I believe things actually happened as the author relates? These are scenarios I would happily read in a fiction story, but the claim that it's all true adds a different perspective to the reading experience.

Right at the beginning the author says that her ghost hunting team is made up of people from different religious beliefs, including Christian, Buddhist and Pagan, but that each of them is qualified within their belief system for dealing with these negative entities. On one hand that sounds a bit like the one size fits all, totally inclusive attitude that a lot of new age books fall into so that they will appeal to the widest possible audience, but on another level it is a recognition that practices like exorcism don't belong to just one religion. The author herself takes a Christian perspective on how she operates, because it "works for her".

In the second chapter she explains different types of spirits and especially negative spirits from her own perspective. It correlates reasonably closely to similar definitions I read in my high school days. The problem I have with it though is that it begins sounding like a thinly veiled born-again Christian attempt to convince people that demons exist, then flips over and starts talking about new age methods like visualizing white light and at the same time refers to using tools of magic as something that will invite demons in. References to "God's law" for how demons can behave followed by instructions for how to use crystals for protection and clean the house with smudging just sounds like the author is confused.

The writing itself is good, but the mixed messages fail to convince. There is also very little about the 'other negative entities' or malevolent ghosts that are referred to now and then. No instructions for how to deal with the ghosts or what these 'other' entities could possibly be or what to do about them, apart from calling in a ghost hunter who says it doesn't matter what method you use to rid yourself of demons as long as you believe in it. Approach as fiction and be warned, the section about false exorcisms is not for the squeamish. This is a book relating the ghost hunting experiences of the author, who claims to have witnessed some very bizarre happenings. It starts out relating a story he heard about second hand about a woman who had the ability to predict events, including her own death. She told her son that her husband would remarry in six months and that she would haunt her favorite room for a while, "messing with" the new wife. Apparently she was as good as her word as the new wife experienced a lot of weird phenomena in her kitchen and was never able to complete making a meal.

More stories follow, some of them very bizarre and creepy. I will admit that I looked up the author on YouTube to see if any of the footage he describes in the book was available, but all I found were trailers for movies he is soon to release.

This brought up the question; do I accept the genuineness of his stories at face value, or do I dismiss them as sensationalism preparing the way for commercial films to come? I don't have an answer for that yet, but a clip of the demonic presences found in the attic and under a table at a farmhouse he describes in one of the stories would make me want to see what else he's got enough to watch the films. Trailers with nothing but people talking about what they've seen all seems too 'Blair Witch' for me to accept validity.

All claims aside, the book is well written in a way that makes the stories sound real, so there is entertainment value to be had regardless of belief or the lack thereof. The tone of the writing is convincing and the details are related in a way that makes it all sound plausible, apart from the willingness of the team to go back into haunted places after having extreme physical reactions.

The author explains towards the end that his first book was about the mechanics of what he does, but this one is intended to be about the human experience. In this I think he succeeds. Some things could have used more explanation, like what is involved in a communication session. But overall I think I did get a feel for what he does, though I can't imagine being calm during some of the ghostly or possibly demonic activity like getting throw against the wall or down the stairs. An interesting read.