Log in with Facebook
or
Wrong email address or username
Sign up
Already on BookLikes? Log in!
Incorrect verification code
Please, check your email, the code to access your BookLikes blog was sent to you already.
Enter code:
« Back Send
back to top
Search tags: Greek-gods 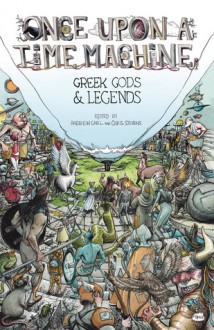 There is finally, FINALLY, a sequel to Once Upon a Time Machine. Finally. Thank God.

Hopefully, there will be another volume too?

Unlike the first volume, which dealt with a wide variety (and at times elastic definition) of fairy tales, this volume centers on Greek myths, though the setting isn’t ancient Greece but a futuristic world of some type. Like its predecessor, Volume 2 features story with a wide variety of characters – strong women, people of color, and gender-bending/swapping.

Therefore, Daedalus is a black man who is wants to time travel. Hercules is a woman, and Persephone is a space alien.

The best retellings and adaptations of well known tales keep a kernel or two, but also make us look at the story differently, and several of the adaptions here do that. I have long had problems with the story of Hercules and his labors, but Andrew Carl’s tale “The 12 Labors of Mech-Detective Heracles” illustrated by Sebastian Piriz with coloring by Paul Little and Letters by Cardinal Rae turns the tale slightly on its head and makes a far more powerful story for that. It addresses more directly the question of free will.

It is not the most haunting story either. The contenders for that title are “Persephone” and “Pygmalion”. While not haunting, “Daphne” is a timely recasting of Apollo’s “love story”.

Quite frankly, Mike Sgier’s “Andromeda” is now my favorite version of Perseus. It really, really is.

The artwork is varied but each illustrator does her and his best to match the illustrations to the story.

There were a couple misses for me, like the story about Hermes, but it is a pretty good collection. 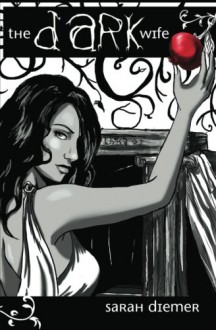 Veronica speaks as Persephone as she tells the story before all has happened, and as it happened. Veronica does cracking voices full of emotion when the book notes it. She feels to speak with such love and emotion that draws my heart into the story. A stunning vocal performance from Veronica as she relates all the emotions through her voice, and draws me into them.

The story is told from Persephone's view, after it's all happened. We learn this in the beginning of the story.

Sarah's writing feels as though it's poetic with emotions strong in her words. The cadence of the telling, along with Veronica's vocals, felt to fit the old sway of words with the Greek gods and goddesses. The details and emotions invested into this story feel to be strong. There is such love written here. And in the voice! Veronica relates the strength of all the emotions present.

Persephone grows fonder and fonder of Hades. In their small connections it seems that Hades is healing, along with Persephone in heart and mind. They have both suffered some loses or torment from others that starts to heal with each other's presence.

We get a feel of the flip of good and evil where we would think to see it. Zeus and Hades, evil and good. Which is the one that has more compassion for people and souls? We see things from a different angle that opens possible thoughts of it all.

This story is told as Hades as a female, as is Persephone. They fall in love and it's beautiful. This book is all emotion. I didn't get a feel of strong prejudice from everyone present. It's natural to love and it doesn't matter who that love is directed to. Love is an amazing emotion and all should feel it. Though, there is one that's not thrilled with it as it's not him receiving the love as he feels he should. He is also one that seems to look down on a relationship between two woman, but that is only briefly mentioned. The story is mainly a gorgeous telling of Persephone finding her way in the world and finding love.

The story is very drawing with the words and Veronica's voice. But the one scene that touched my heart the deepest was when the dead villagers met others. You'll know the moment and who the others are when it happens. Beautiful.

If you thrive on lush descriptions of all around you and feelings, this is a great read for you. 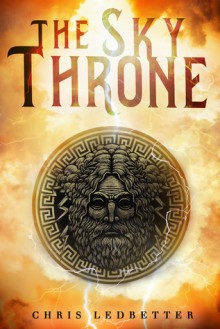 Chris Ledbetter is a new author to me. His storytelling is nice and well written. I enjoyed his book “The Sky Throne” a fantasy and mythology book. It tells a story about a young Zeus and somewhat of how he comes to be a Geek God.

Will Zeus and his classmates find out what they are to do? The adventures they take are thrilling. Don is short for “Poseidon”. Is this book to tell the story of ancient Greek or is it more geared towards Modern? You will have to read the book to find out for yourself and decide. Though the story of young Zeus is about ancient Greek and becoming Greek God.

Hypson coming to Create after young Zeus pulls enough pranks to get himself and his best friend expelled from Crete Lower Prep. Will he learn his lesson or will he continue with the pranks? Once his best friend is killed and his mother injured he is sent to Mount Olympus Preparatory Academia. He sent to Mount Olympus Preparatory Academia he as one question “Who is his real Mother”? 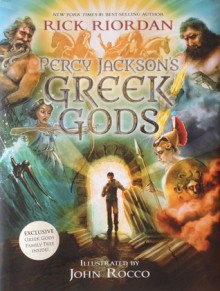 So, I already knew most of these stories, but damn Percy's commentary sure made it entertaining. Percy Jackson, I officially love you. I also learned a few new stories.

Also, there's so much feminism and I love it. Percy points out the inequities between men and women in Greek mythology, and doesn't just gloss over the terrible things women were subjected to.

The illustrations are gorgeous too.

Now, I am so ready to read Percy Jackson's Greek Heroes.

Also, I said I would include some quotes but I returned this book to the library so I can't do that now. Sorry. If I ever reread it, I will definitely include some of my favorite quotes. 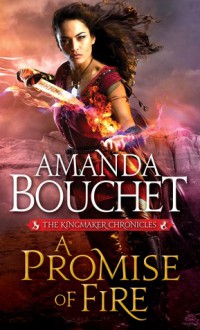 Catalia "Cat" Fisa is a powerful clairvoyant known as the Kingmaker. This smart-mouthed soothsayer has no interest in her powers and would much rather fly under the radar, far from the clutches of her homicidal mother. But when an ambitious warlord captures her, she may not have a choice…

Griffin is intent on bringing peace to his newly conquered realm in the magic-deprived south. When he discovers Cat is the Kingmaker, he abducts her. But Cat will do everything in her power to avoid her dangerous destiny and battle her captor at every turn. Although up for the battle, Griffin would prefer for Cat to help his people willingly, and he's ready to do whatever it takes to coax her…even if that means falling in love with her.

There is a reason everyone is talking about this book. It is good. Really Really Good.

It has just the right balance of world building, character development, action, and romance.

It is a fun book with a resilient heroine and a steadfast hero. The world is grand with its mixture of traditional fantasy epic and the greek myths slathered in magic.

This going to be a series where we fall the hero and heroine into the next book. What kept it from being a 5 star for me was that there is a secret that seems so obvious I am mad the hero hasn't figured it out and that the heroine hasn't told him. I am also annoyed that it is going to cause undue drama when it is revealed. The first book could have ended less sequel batity.

But those are quibbles. This is a wonderful reader from a writer who is giving us a gift when she sits down at her computer. And the publisher has done a great job with the exquisite packaging of the book in paperback as well as the devine cover art. Thank you!

I was given this book for my honest review. So, there you have it.