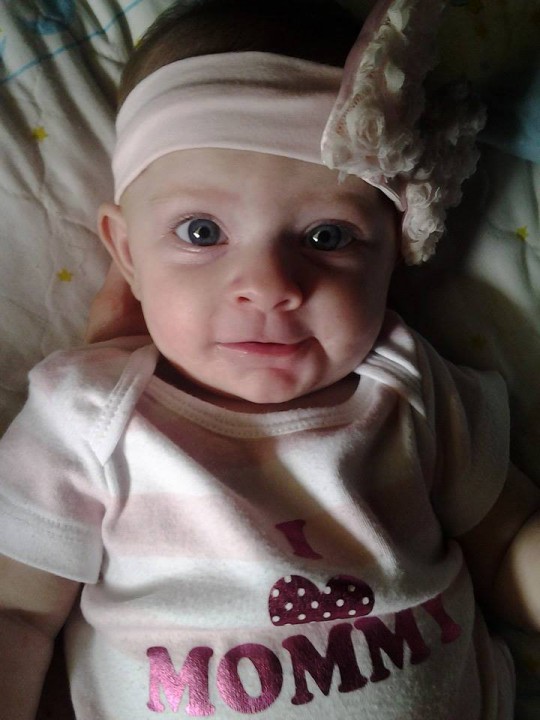 Not book related, but I just couldn't not share this adorable pic of my grandrugrat, Cutie Kyleigh, 5 months old today. Go on. You know you want to Awwwww! lol 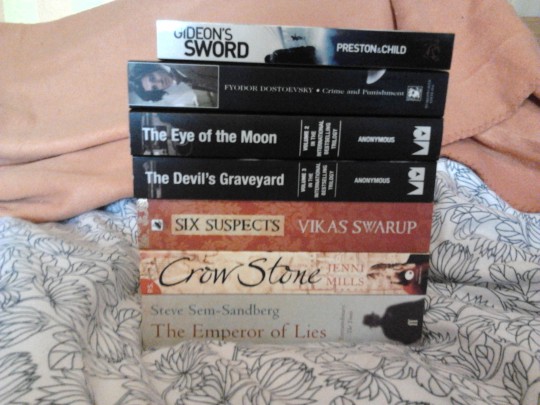 Today I went to the 'Boekenfestijn', I don't know if there is anything like that outside the Dutch speaking world but I'll try to explain it. In the Netherlands and Flanders, bookshops get their books from a special 'shop' called Centraal Boekhuis (Central Bookhouse). The central bookhouse holds a sale which travels trough Belgium and the Netherlands like every two weeks in another city. Whenever they are near me, I can't resist my self to go and take a look. If you're looking for English novels, you can get really good bargains or books you would no longer find in the bookshops. (The Dutch books are still quite expensive, especially when compared to the English one).

I've found some very nice books at previous editions, like Battle Royale (I couldn't find that book anywhere else, and it was only 2.99 Euro) and one of my all time favourites Jonathan Strange & Mr. Norrell (Also for 2.99)

I had some titles in mind I wanted to have if I could find them, and found (to my own surprise) three of them!

*The Devils graveyard (Also in that series)

*The Emperor of Lies - Steve Sem-Sandberg