Log in with Facebook
or
Wrong email address or username
Sign up
Already on BookLikes? Log in!
Incorrect verification code
Please, check your email, the code to access your BookLikes blog was sent to you already.
Enter code:
« Back Send
back to top
Search tags: Joelle-Charbonneau 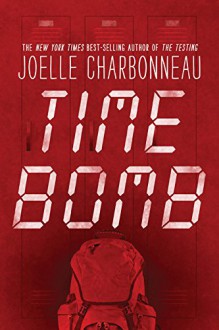 This was an extremely fast read for me; I flew through ‘Time Bomb’ in a matter of hours, and it almost felt like I was following a similar clock to the one that was ticking away in the book. Six exceedingly different students, not unlike seen with the setup in the movie ‘The Breakfast Club’, find themselves trapped together because of the horrific circumstance of someone having set off bombs at their school (although, conveniently, school isn't quite in session yet, so there aren’t mass casualties).
The wrecked and damaged school that has them stuck inside, suspicious of each other, is a reminder of all the problems that schools represent for schoolchildren today: the gun debate because of the mass shootings inside schools, bullying, kids and their constant need to live up to certain standards, whether it’s their own or others’, unchecked mental illness, prejudice of others based on appearances...and by bringing ALL of this up in the teens’ conversations and through their own perspectives, Charbonneau makes the novel about more than just the bombs going off at this high school. The different stereotypes that the kids all fit into, serve to remind us that, right up until the end, when we find out ‘whodunnit’ all these kids are essentially ticking ‘time bombs’ waiting to go off. If not then, they could at some point. I think it’s easy to focus on the event of the bombs in this book, and kind of ignore that it’s all emblematic of the tumultuouness of teenagehood.
While ‘Time Bomb’ held my attention all the way through, I think this all could have been delved into in a more concrete way, because there were a lot of open doors to explore the hard issues that these teens were going through. Overall though, it’s a definite page-turner as far as the story and action go, with a surprise twist at the end. 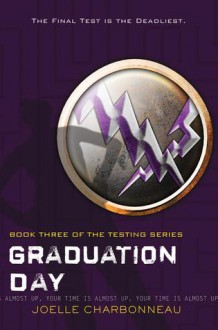 This review was originally posted on Bookish Things & MoreThis one had me on the edge of my seat. How is she going to do what is asked of her? Who is she going to trust to help her get the job done?

The conclusion plays a major focus on the decisions that Cia must make. Can she do what has been asked of her? Cia still goes through things with a logical approach. Even when there is a time crunch. She does everything in her power to expose the government, and get to the bottom of it.

I was second guessing all of my original thoughts as I was reading. This book kept me on edge and was a satisfying ending to the series. 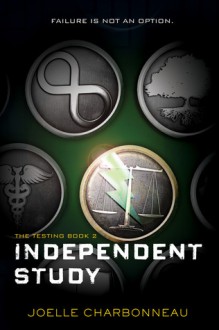 This review was originally posted on Bookish Things & MoreThe next book in this series had me antsy. I didn’t know what to expect, or how things were going to play out.

After reading I’m ready for the next book. 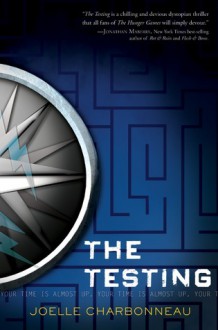 This review was originally posted on Bookish Things & MoreI never thought I’d find a book that gave me the same feelings I had when I read The Hunger Games. The testing totally gave me that feeling.

It has a sort of Hunger Games feel to it, but so much worse. Who would want to be part of a program without knowing exactly what is going to happen. The mysteriousness of it would have me running the other direction.

I did like Cia. At times she’s very child-like, but I appreciated the fact that she thinks things through. She’s so good hearted, and really wants everyone to succeed. I love that about her. She doesn’t become jaded by the events that take place. She’s smart, and makes decisions that will benefit almost everyone.

I definitely wouldn’t want to be in her shoes while making the choices she has to make. 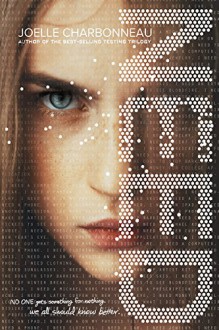 After rather liking the author's previous books, The Testing Trilogy, I was quite excited to see a completely different type of book show up in one of those 'Feed your Reader' emails. So jumped at the change for the 'read it now' offer.

This book had a great hook. A mysterious new social media site, an invitation only site offering to fill the needs of the students of a certain high school. It makes a point of the difference between what's a wish and what a need might be. The requests start flying in from an A on a physics grade to concert tickets to a new iPhone. Seems fun enough. But of course, its never as simple as something awesome for apparently nothing. The site, NEED, requires certain things to be done in order for the Need wishes to be met.

And the tasks seem innocent enough, then the stakes start rising and things become pretty twisted pretty fast. It's supposed to raise a point about what people are willing to do for the right reward. The tasks get harder, and people start dying. There are a lot of characters in this book. Chapters from a lot of different view points. Which at first is kind of daunting, why are we seeing random chapters from random people getting involved in the NEED site and posting their requirements?

It does all tie into the plot eventually. The plot is very fast paced and once its started the book is hard to put down. In spite of this, I did found it got rather silly rather fast, particularly towards the end when the truth behind the NEED website is revealed.

I didn't really like any of the characters that much at all. The main character, Kaylee, a self proclaimed drama queen, has all sorts of problems and family drama. Her younger brother is sick with a failing kidney and can be saved by a transplant. No one in her immediate family is a match, and her father has walked out on the family some months before.

Kaylee is desperate to help her brother but goes to such extremes - she lies, it would appear she has been badgering the student body at her high school to get tested to see if any of them are potential matches. She posted fake ads on Craigslist promising a cash reward to find her father. She's faked sicknesses to get into the school nurse's office to access medical records.

Problem is she's pushed so hard to help and lied so much and been caught no one really feels any sympathy for her. The only friend she has left is her BFF Nate who sends her a NEED invite.

So what does she ask for? A kidney for her brother.

As the plot progresses and things start getting scary, one rather gruesome incident happens at Kaylee's house she begins to realise that NEED is not as great as it seems at all. She thinks she has proof and at least is smart enough at first to try and contact the police. Problem is she has caused so much drama and stress for her mother in the past no one believes her. Which understandably is very frustrating for Kaylee.

She's supposed to come off as selfless and heroic, but she had very little personality other than the must get help for my brother side, and while you can understand why she does it, it doesn't make her appealing as a lead character because she goes so over the top about it. Then whines when people don't want to help her family.

The plot twists and turns and all the seemingly random characters come together as Kaylee tries to prove that NEED is dangerous. All tied into the need request granting and what people are willing to do to get what they want. While it was certainly an interesting premise, it got very convoluted and ridiculous towards the end. Almost all of the characters were shallow and flat. A few redeemed themselves (or tried to) towards the end.