Log in with Facebook
or
Wrong email address or username
Sign up
Already on BookLikes? Log in!
Incorrect verification code
Please, check your email, the code to access your BookLikes blog was sent to you already.
Enter code:
« Back Send
back to top
Search tags: Little-House-in-the-Big-Woods 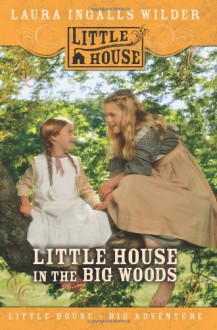 Two things about this cute classic:

It makes you incredibly hungry almost every chapter. Which is fitting for a people struggling daily to get, prepare and store enough of it according to the season.

Building from the point above, beyond the morality bits, it is quite the how-to manual on survival without tech. If the apocalypse comes, THIS ONE is the book you want.

No, wait, three: The illustrations are lovely. They could not be forgotten, she thought, because now is now. It can never be a long time ago.

Oh my God! This is making me SO hungry!! 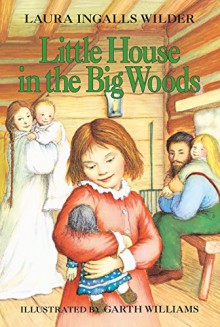 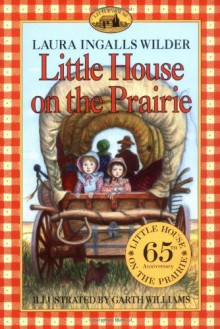 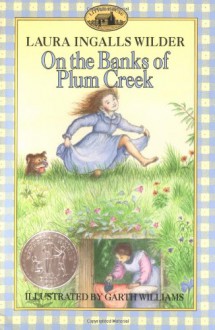 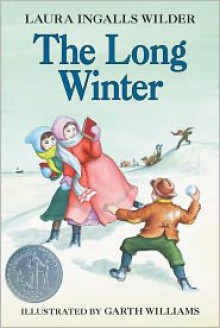 When you are a reader it's possible to mark your life in books. There are those books that are so immutably connected to a prior time and place that opening the book is like time-travel - a way to be your younger self once again.

I could list the books that do this for me, although I would always add to the list as the thought occurred to me: A Little Princess, The Lion, the Witch and the Wardrobe, A Wrinkle in Time, From the Mixed of Files of Mrs. Basil E. Frankweiler, Anna Karenina, Tales of the City, More Tales of the City, The Anna Papers, Charms for the Easy Life. Sooner or later, I will tell you about all of those books. And many, many more.

But today, I'm going to talk about Laura Ingalls Wilder and the Little House books, which I read into tatters. I was a bookish girl, and I still remember the Christmas that I was 7, in the third grade. We were living in a house in Omaha, Nebraska, on Hickory Street. Is there any street name that feels more Americana than a street named after a tree? My husband grew up on Birch Street. I lived on Hickory Street for a short time, and while I lived on Hickory Street, I woke up one Christmas morning, and ran downstairs and found the complete series under the tree for me.

The covers were the gingham edged version, I think. Although, I suppose I could be wrong about that because I no longer have my childhood editions. I read them into shreds, and they disappeared somewhere along the way. I own the gingham edged editions because I bought them when my daughter was small, hoping that she would love them as I did. She didn't, but I've unequivocally gotten my money's worth, because I've read them all, more than once.

These might have been the first books that I truly loved. I devoured the first book, laying on my back under the tree on Christmas Day, watching the Christmas lights winking above me. I dragged myself out from under the tree to have Christmas dinner with my family - they wouldn't let me read during dinner, and I still remember racing through dinner, trying to be polite and conversational because all I wanted was to get back to Laura and Pa and their cabin in the Wisconsin woods, where Laura and Mary played in the attic surrounded by pumpkins and squash and the other harvested foods that would keep them fed during the long, dark, snowy winters. I can still see Garth William's illustrations in my mind's eye.

I read these books ten times. Twenty times. More times than I can count. I was always partial to the first two, and I never liked On the Banks of Plum Creek, probably because that was the year that they lived in Minnesota, and that horrible Nellie Oleson makes Laura's life so terrible.

As an adult, I am most astonished by The Long Winter, which has the most harrowing description of a town on the edge of starvation that I've ever read, although the terrible anxiety and danger is only apparent by reading between the lines. To a child, a long winter sounds like a lark, a delightful time-out-of-mind experience of endless snow days tucked in warm, in front of a fire. Only when I realized how close to death they were did I recognize the incredible courage demonstrated by Ma & Pa and the townspeople who kept themselves, their children, and their neighbors fed through a famine.

The television series premiered the same year that those books showed up under my Christmas tree. I don't connect those two things in my mind, although it seems obvious to me now that my parents gave me the books because of the series. For years, I faithfully watched every episode, laughing at Laura's antics, identifying with her enthusiasm, her heedlessness, her lack of interest in girlish things. The series ran until I was a junior in high school, long after I had left Laura behind for Ray-Bans and Tolstoy.

When I read the books now, I am that girl, all over again. 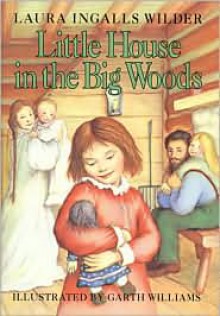 I didn't read Little House in the Big Woods as a child (I read about half of the Little House series), so I don't have any nostalgic memories of this one. The writing is very inconsistent. The best parts are the food descriptions: churning butter, making cheese, even butchering the pig. The worst parts are the inclusions of the racist terms inj*n and d*rk*y.