Log in with Facebook
or
Wrong email address or username
Sign up
Already on BookLikes? Log in!
Incorrect verification code
Please, check your email, the code to access your BookLikes blog was sent to you already.
Enter code:
« Back Send
back to top
Search tags: Mature-Teen 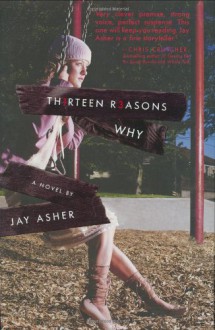 I was really bored while reading this. I wanted to stop early on, but it has so much hype that I figured it got better. It's definitely aimed at younger readers than me so that may be why it didn't click for me. I've seen a lot online lately about teens or people with mental illness recommended not to read it. I think I get that the author is saying to step in, speak up, your actions have consequences, etc., but I agree some with the ones against it also. It's weird because you hear from the girl constantly and she doesn't seem like someone mentally ill or at the end of her rope. It seems more like a prank to get even, like you expect her not to have really went through with it and be playing a joke or something. I can't make the jump. Also, some of the kids deserved to get into trouble. One at least deserves major consequences, but some were just plain being teenagery and didn't deserve feeling like they caused her death. Seems like a lot of lives ruined just for some drama. 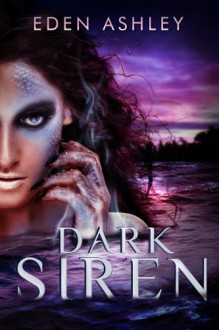 This story centers around Kalista, aka Kali who is anything but a typical seventeen year old.  A beauty, but one with issues, mainly with her knowledge that she isn't like others, that she has a hunger she satisfies by feeding on the energy of others.  A man, Rhane, enters the scene mysteriously, and seems to know her, but what he knows is the part of her that she doesn't know exists.

This story is pretty fast paced from the beginning.  The reader quickly learns that there is a secret that's hidden and that knowledge creates a basis for the reader and allows for the story to emerge without having to give an explanation immediately of why.  The vivid details that the author provides brings the characters and story to life.  The reader becomes an active member of the book, seeming to be there but as a watcher on the edges of the story.

I would have liked a more insight of Rhane.  He appears out of nowhere, tracks her down in stalker like fashion, has so many secrets of his own, but is brought into the story without any background and it takes a bit for his character to find his footing without it feeling like a stumble.  His moving in and out of the action is almost too stealthy to grasp at the beginning.  In turn though, we learn his heartache and why he is suddenly there when Kali needs a hero most and why he doesn't run when things turn south quickly.

As the story unfolds, the reader learns of the secrets untold.  The author is meticulous on when she lets bits and pieces of the story to the reader, driving the story onward and keeping the reader attached and invested in wanting to know more.  I couldn't stop reading.   I didn't want to put this book down and I look forward to reading further books in this series.  Anyone who likes paranormal romance mixed with jaw dropping action and hair raising suspense, will find a new addiction with this book. 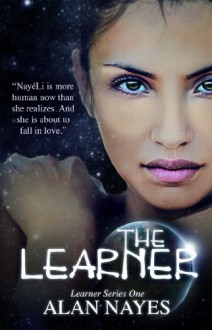 I want to thank the author for gifting The Learner for an honest review.

If you know me, even a little, you know I’m big into science fiction and out there books, movies, etc.  When this book was offered up through AToMR, I was all over it.  And here, to have a gorgeous alien who sticks by the rules go and fall in love, you know there’s going to be trouble!

As I read it there were many interesting moments.  Regeneration taken to a whole new level, romance that has never been experienced before, discovery from both the alien and human views but the moments were a bit dulled down by the story going on and on and really not getting anywhere for a really long time.  The over use of the alien term for humans and the alien race/rulers started to grate on my nerves.  After so many references to humans in the alien language, I was like, ok, I get it, now get on with the story, stop with the alien language use.  Heck, she’s been there long enough, and changing enough that the whole alien language barrier should have been long shrugged off.

Jared, jarred into wanting to knowing more about NayeLi, due to an odd occurrence which becomes even odder when he discovers not only that people can’t seem to remember her, even after just seeing a photograph of her, becomes the friendly stalker.  A man with a kind heart and a deep loss, he soon finds what he’s been missing in his life.  He finds it a bit hard to come to terms with the fact that she’s an alien, which should have pretty obvious after several things he’s seen her do.

Again, I wish to thank the author.  I recommend this book to anyone who likes a bit of scifi alien/human romance mixed with mystery and intrigue.   I had started off giving this book a solid 3 stars, but with the last ¼ of the book finally breaking free of the backstory and getting along with the present story, I am upping it to 3 ½ stars.

Here's my idea of NayeLi: 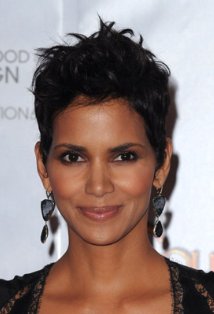