Log in with Facebook
or
Wrong email address or username
Sign up
Already on BookLikes? Log in!
Incorrect verification code
Please, check your email, the code to access your BookLikes blog was sent to you already.
Enter code:
« Back Send
back to top
Search tags: Patricia-Wentworth 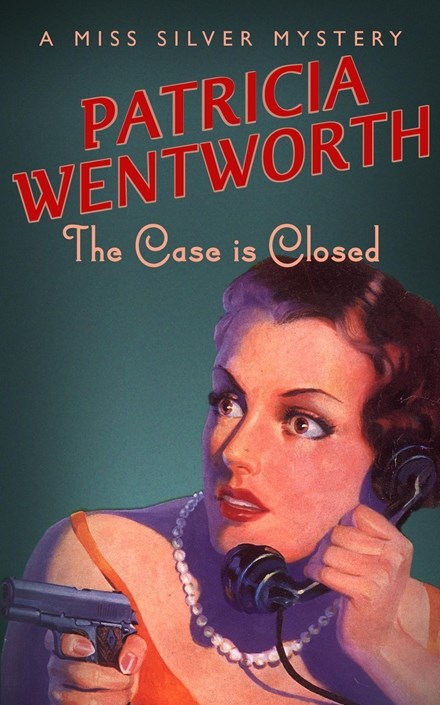 I pulled this from Wikipedia: 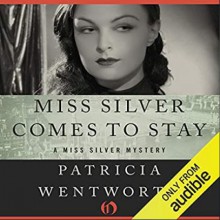 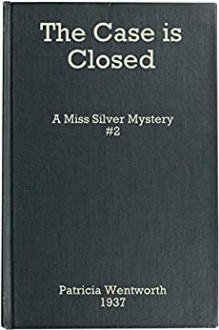 That was a fun read.

I really liked Hilary (although she shows poor taste in men). She made the book for me.

Henry... well it would be nice to think that his kind has become extinct but I doubt it. What turned me off most was that his starting point was disbelief. It so narcissistic that you want to send him for counselling or just slap him.

I thought some of the scenes - the one where Hilary goes to Henry for advice, the fog on the road, the confrontation in the Glasgow flat - were very well done.

The plot was clever enough to keep my interest.

Some of the exposition creaked and some of the repetition of data suggested that Wentworth assumed her reader's had very poor memories.

Miss Silver seemed to be a deus ex machina who coughs a lot and likes to knit in public but I'm interested in seeing more of her.

I had a good time doing this. Shall we do another one next weekend? 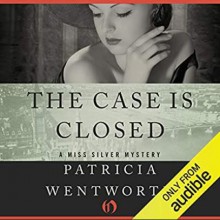 Well, this was enjoyable.  As in some of Wentworth's other books, the mystery wasn't much to write home about (spoiler tags nevertheless, because at least one participant of the buddy read is still reading the book) --

the principal villains are known pretty much from the word "go", as is the way the whole thing was worked (there's one huge clue fairly early on which essentially gives the game away, and the false alibi is based on a trope that wasn't even new any longer when the book was first written); it's also clear that the fact that the guy currently languishing in prison is actually innocent of the crime; and so, too, in the "romance" compartment, it's being telegraphed literally from page 1 which one is the relationship we're following --

but at least Miss Silver makes more of an appearance than in book 1 (and she is decidedly more recognizable here as the character we know from later books than in book 1), and you can't help but love and root for Hilary, the female MC, and her "inner imp".  (The imp's poems had me laughing out loud -- every single one of them.)  Whatever made Hilary pick Henry, of all people, as her heart's desire beats me as much as everybody else in this buddy read; though I'll grant that he redeemed himself ever so slightly towards the end, and with liberal doses of frying pans and Hilary's imp I do see some hope for him ... he's just got learn to listen to his better / true instincts and not to what he believes others expect him to think and feel, and what therefore must be the "right" (i.e., socially acceptable) response.  (Incidentally, I loved how Diana Bishop in the audio version read the passages from inside Henry's head with an undeniably ironic subtext, thereby suggesting that Wentworth is mocking him for being the idiot he is.  This worked very well for me.)

Now having read the majority of the books in the series, I can also safely say I'm not a fan of "Wentworth does Gothic".  This book's "foggy road" episode was one of the better-executed examples, but I still wish she'd left "young heroine thoughtlessly puts herself in a sinister situation that she can't control (and which a wiser head would either have avoided or at least not entered alone)" behind at some point.  Unfortunately, that wasn't to be; almost every book of the series contains at least one example of this sort of thing.  So, unlike others in the buddy read, I'm not a fan of the "foggy road" episode.  Maybe if this had been the first book by Wentworth I read, I would feel different about it (and as I said, for what it's worth on its own, it's comparatively well done).  But as a recurring event in almost every book ... thank you, but no.

By and large, though, I enjoyed being back in Miss Silver's world -- I only missed Frank Abbott --, I still love how Wentworth creates characters, and this book is also a marked step up from Gray Mask; less reliant on tropes (even if some are still present), and for once, thankfully also devoid of TSTL females.

As a final side note, I wonder (have been wondering for a while) whether Wentworth ever heard from her contemporary / fellow mystery novelist and great-niece of Tennyson (the poet), F. Tennyson Jesse, on Miss Silver's unquestioning adoration of "Lord Tennyson".

(I already finished this book last night, btw, but life intervened earlier today, so I'm only getting around to posting my summary now.)

I’ve just read the incident on the fog-bound road. I thought that was well done and not at all what I was expecting.

Hilary is the making of this novel. I love her imp and its rhymes.