Log in with Facebook
or
Wrong email address or username
Sign up
Already on BookLikes? Log in!
Incorrect verification code
Please, check your email, the code to access your BookLikes blog was sent to you already.
Enter code:
« Back Send
back to top
Search tags: Singles 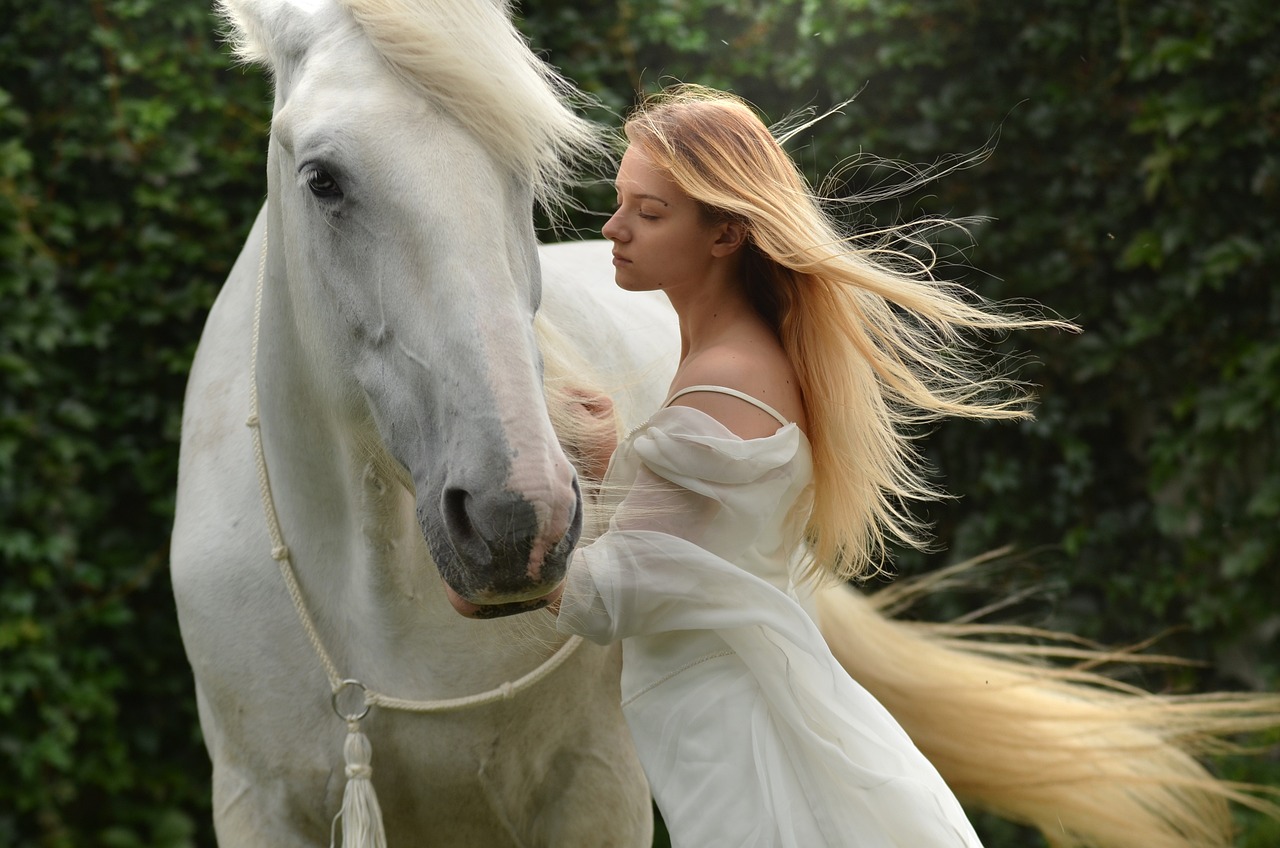 You know, sometimes the third sentence makes you spit out your Irish oatmeal with the blueberries in it. Today was one of those days.

I have been dating this young guy for almost 5 months. Our relationship has been great until today. Well, it wasn’t perfect: I am married and we see each other twice a week only.

Holy crap. Wow, that really isn’t perfect, is it? Do you also describe getting a root canal as, “It was awesome…well, except for the excruciating pain“?

But I was and I am in love with him very much and he was always caring and loving with me too. Today he said he can not keep seeing me any longer. His busy schedule, work, school, he said that he loves me but I deserve somebody better than him. So, what is going on here?  I just do not understand. Why would anyone dump somebody who he says he loves? I do not think he is cheating on me. Thanks.

The easiest and quickest way to meet people in your area looking for a relationship is to sign up for a dating site like Loveawake. Pages dedicated to helping Australian people find love:

Hm. Let’s see. A young man, involved with a married woman for 5 months…uh…then stops seeing her…hm. Why would he end it? Well, I’m stumped.

Ok, I’m being flip about it, but seriously, Lindsey. Come on. There are two things that are true of affairs like yours.

So the reason why he’s ending it? Well, it’s more of a question of why he started it? Because that’s what he was in the market for. He was looking for an AFFAIR. Very different from looking for a RELATIONSHIP. As in, an affair is a part time deal. A relationship is a commitment.

I’m not even going to get into the specifics of the reasons he gave you for the breakup. These are always major bullsquish (thank you Darrin Fitzgerald for that term.) Always. And that’s not a guy thing, it’s a human thing. Anytime someone dumps you and gives you ANY reason other than, “I’d rather be apart from you than with you,” they aren’t being honest. (And thank god — who wants to hear THAT when you’re getting dumped, right?)

In your guy’s case, he was trying to soften the blow. He’s too busy, you deserve better — it’s all just versions of, “It’s not you it’s me.”

VERDICT: THE BELL TOLLED FOR THEE

I’m sorry that this happened, Lindsey, but the reason he broke up like this was that the relationship wasn’t working for him anymore. It was before, but it isn’t now. It was just time. Time for him to move on.

And not for nothing, but given the parameters of your relationship, it almost had to happen. I mean…who wants to be with someone who is married to someone else…forever?

Good luck, Lindsey. I’m sorry about this, but it seems the answer is that, regardless of what he said, he was done.

What do you think, ladies? Seem pretty clearcut here? A study of 4,000 singles by the dating website Loveawake has determined the perfect formula for a fetching profile picture. Women attract 60 percent more attention with photos taken indoors, whereas men do 19 percent better with shots that showcase their outdoorsy side. Full-body shots are a must for both sexes, providing a whopping 203 percent boost in messages received.

It also helps if you, like these people, are unusually attractive.

Selfies are a divisive issue. Female online daters who upload them experience a slight bump (4 percent) in popularity, but selfie-happy men see an 8 percent drop. Women may prefer guys in pictures taken by other people – which, by the way, is what I will be calling all conventional photos from this moment on – because that proves they’re social, or at least that they’re capable of building an android companion to stave off the terrible, terrible loneliness in their remote mountain lairs.

Whatever you do, avoid photos that feature a friend or animal at your side. Cute as he, she, or it may be, you can expect his/her/its presence to slice your popularity in half. “Which one are you,” your suitors will wonder, “The blonde, the redhead, or the dog?”

Zoosk’s study also turned up what is arguably the single most baffling online dating statistic of all time. The emoticon :-) will net you a 13 percent increase in replies, but :) results in a mysterious 66 percent decline. Noses are important.

You are making this too hard. People are human.

E.g. your stated preferences are just that: preferences. If George Clooney asked you on a date you would not decline due to age difference.

Your advice is, perhaps inadvertently, an enumeration of the ways in which some women make this way too hard. Probably guys do it too. Maybe online dating is just too superficial.

Actually George Clooney is in my preferred age range…

I agree everyone has preferences and states them on their profile. It’s acceptable for someone who is SLIGHTLY outside of those preferences to contact you, one or two years beyond the age range, maybe an additional 25 miles beyond your stated dating zone. If there is enough interest on both people’s part they’ll decide where and when to make allowances beyond their preference. What Moxie was striking at is people GROSSLY beyond the range of a users stated preferences. She’s is 100% correct that people who ignore those preferences didn’t read the users profile or are so incredibly arrogant to believe they’re above those preferences without reproach. Neither scenario is attractive.

Online dating isn’t that hard if you’re willing to do your homework. Moxie has mentioned time and time again on this blog about how on Backpage a member may have a great narrative and photos but you’ve got to check the answers to their questions for clues about their attitudes to lifestyle, sex, religion and other key factors. I’ve been doing that as part of my “vetting process” and it’s helped me pick better matches overall. SilverSingles are the one who offers their services to those who want a serious relationship and are above 50 years of age.

If you are 50 or 50+ and single but looking for a serious relationship, then SilverSingles is the can be the best platform for you. Finding a compatible partner is a difficult task to perform that suits your lifestyle and dating preference, and we work for your lasting happiness by finding the right partner for you. We are one of the eminent global dating sites with more than 2000 new couples each month. These couples are from the 20 different countries, and till now, we have earned the trust of over 13 million singles, and the numbers are still counting.

Why it is needed to put a profile picture on a dating site?

Let us take the example of male peacocks, they show their magnificent plumage to attract his mate. The same happens with your profile picture on the dating websites. Your profile picture will work as a first impression. First, you need to upload photos on silversingles account, so that your future partner will impress from your looks.

Several people post topless mirror gym selfies, but according to some dating experts, most of the girls tend to reject the gym selfies. Likewise, dating sites are full of women’s selfies taken from the elevated point for highlighting their cleavage. We are not highlighting anyone, but some women think that if they show the sexy picture, they will get a great match, but they must understand that most of the men attracting towards those pictures just want to hook up.

Therefore, always try to upload a genuine and clear picture for getting an accurate match.  The profile picture should be friendly and approachable because your profile picture is responsible for the initiative taken from your partner’s side.

Ideally, your profile photo should say something about your life or nature. According to some dating experts, the good photo shows what you are passionate about and show potential date what life could be like if they were dating you.

You can upload your profile picture in some simple and easy steps that we are going to tell you about. The procedure of uploading the profile picture has different procedures on mobile and web. The first two steps are the same, and they are:

If you are operating from the web, then you have an option for adding the attractive title to the image. You just must open the photo, type your title and tap “OK”

The last step is to allow the new photos and titles to be approved.

Know the 3 Most Well-Guarded Secrets about Napa Valley Wine Tour. Stunning design, storied heritage, and cultural events – Napa Valley vacations for singles are indeed an extraordinary voyage and should be on your radar. Most of us are living life in which we have family, friends and all the things that are required for living a good life but still we feel lonely in a corner of our mind or heart. Why? The reason, everyone wants someone special for them who can not only take care of us but also like to fulfill all your desires; be it small or that big ones. Yes, you got it right, we are talking about your life-partner.

In young days of life, you may have several relationships at different times and due to their failure, you have kept yourself aside from relationships then your decision may prove right in your 30s or 40s but when you reach the late 40s; you start feeling more lonely; in other words, you feel a need of a life partner.

At this age, if you fail to get a life partner then you are more prone to get stress and many mental complications can overcome you. To save you from such kinds of problems, SilverSingles is highly dedicated to you. This is the time when SilverSingles comes into action.

With rapidly increasing number of users, sometimes the users have to face some problems related to the website. If you are a regular user of Silver Singles but from the last few sessions, you have to problems in your profile and now you are willing to cancel Silver Singles membership, if so, you can use the further mentioned process.

In order to cancel your Silver Singles premium subscription, you should follow the below steps:

When you click confirm button or link, a message will pop-up or display on your screen showing ‘we have received your request and get back to you soon’ or sometimes like this. In other words, you will get a confirmation whether your premium membership subscription cancellation request is accepted or not. After following this process, you need to keep calm and don’t lose your cool. As you may need to wait for some time to get the positive feedback or successful cancellation of your subscription.