Log in with Facebook
or
Wrong email address or username
Sign up
Already on BookLikes? Log in!
Incorrect verification code
Please, check your email, the code to access your BookLikes blog was sent to you already.
Enter code:
« Back Send
back to top
Search tags: The-Handmaids-Tale 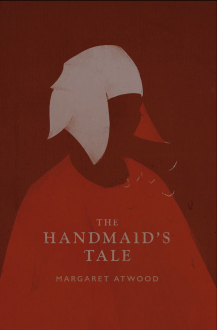 I didn't have an opportunity to write a review for this when I finished it several weeks ago, so I'm going to write a *very* brief review. I read this for Dystopian Hellscape. It was the first dystopian I'd read for ages and I loved it. Yes, it had a cloying, claustrophobic atmosphere, but that's exactly what it needed. It was equal parts riveting and shocking and even though Atwood's style was at times a little dry I could hardly put it down. I've already got TheTestaments and plan to read it as soon as I've gotten over this part of the story.

I transfigured A Grimm Tale to Dystopian Hellscape for this one. 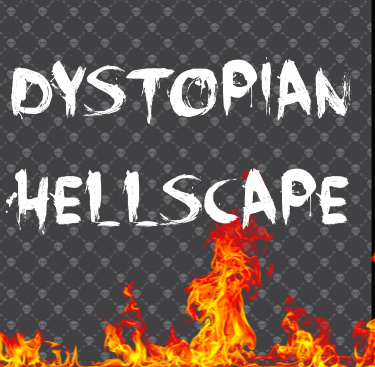 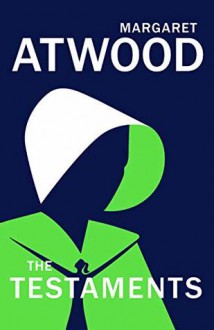 Aww. This was so good. I think Atwood did a wonderful job of showing us how Gilead came to be, how it was for those who lived there, and how it looked to others from the outside. Instead of staying with one POV throughout the story, Atwood allows us to to get fully immerse in Gilead via the POVs of a young girl named Agnes, an older girl named Daisy, and the fearsome Aunt Lydia. The character development works for these three characters as well as the secondary characters such as Becka, the other Aunts, and the loathsome Commander Judd. The flow works between the three characters though it takes a while for the three story-lines to converge. Atwood ends again on a symposium taking place in 2,197 where it seems that some still treat Gilead and it's fall as a day to play dress up and not acknowledge the horrors that were done (I see Atwood taking aim at some Civil War enthusiasts here a bit). Loved this from beginning to end.

"The Testaments" follows the "Handmaid's Tale" 15 years later. We get to see what happened after Offred escaped Gilead. How Gilead's hold is starting to falter and how many in the former United States fought back against what was happening.

We follow three characters. The first character character is Aunt Lydia. Woo boy. I loved this whole POV. I don't want to spoil for other readers, but it made a lot of sense especially since we get some information about Aunt Lydia from "The Handmaid's Tale." I would hate to go up against her in a knife fight, this is someone playing chess while everyone is playing checkers. You at times will despise her and wonder how she could do what she did. But then I think, what would I have done? I would think I would go out like a boss, but people want to live. I don't know. I could have read even more pages that were devoted to her pre and post-Gilead.

The second character is a young girl named Agnes who is a daughter of a Wife and Commander. She loves her mother and believes what she is taught in school. However, after the death of her mother she sees Gilead for it's cruelty and realizes that girls and women have zero freedoms while boys and men have everything.

The third and final character is a girl named Daisy. She lives in Canada with her parents and feels scorn about Gilead, but also not exactly thrilled with how many people haven't stood up to Gilead and what they do. When she finds out her connection to Gilead though she has to decide what she is willing to do in order to bring Gilead down forever.

We also get to read about secondary characters via the three main characters stories. Aunt Lydia has the measure of everyone she comes across. Reading about how she maneuvers Commander Judd and the other Aunts and Supplicants is something. Commander Judd is a terrible person and Lydia likening him to Bluebeard was apt.

The writing was very good. At times Atwood will write something and I would shiver when comparing it to how things are in the U.S. I like dystopia fiction because it's stories about what could happen. And yes, this could happen. I know a lot of people would think that we the people would fight back but I look at ICE right now and think to myself I can't see how hard it would be for a group to come in and start separating "the wheat from the chafe" and to start breaking us all down to do what they want us to do. And just like what happens with Gilead I think that after a while too many people would not be okay with standing aside and would push back against it. We see that already with marches and protests and even with us all out there voting and trying to push back against what feels like an endless day and night of just awfulness.

The flow works from beginning to end. I have to say that once the three stories join up is really when things start paying off for me. I read so fast and barely paused to eat or drink. I had to know what became of Lydia, Agnes, and Daisy.

The setting of the book is during the years right before the so-called "Ba'al Purge" that was the beginning of the end of Gilead and then the year 2,197. I liked that we get to see how far things have come, women are now taking over leadership roles, becoming President, but you can still see that there are remarks made and that we have not come as far as we should with the ending. I loved the reveal about the statue and who it was for.

So I got through this book and it was so good. I got to the 55 percent mark this morning, but got behind with posting updates and just wanted to finish this book. Atwood does a great job of closing the circle of how Gilead falls. And I love that it was women who were the death knell.

What I love about this sequel is that we are getting insights into Aunt Lydia but also the POVs of a girl who was raised up in a Commander and Wife household as well as a young girl who has ties to the first Handmaid. What is insane to me though is that could the US devolve into some mess like this? Why yes. Of course we could. We seem to place women and girls below men and boys. When we come out with credible evidence of rape and abuse we are either told we brought it on ourselves and or we are liars. It's scary how easy I can see this becoming true.

I agree with you that Gilead ought to fade away—there is too much of wrong in it, too much that is false, and too much that is surely contrary to what God intended—but you must permit me some space to mourn the good that will be lost.

Yeah I am going to call BS on anything about Gilead being good.

At our school, pink was for spring and summer, plum was for fall and winter, white was for special days: Sundays and celebrations. Arms covered, hair covered, skirts down to the knee before you were five and no more than two inches above the ankle after that, because the urges of men were terrible things and those urges needed to be curbed.

It's still nice to see it's always women's faults about men's "urges."

All the little pretend books on the shelves were blank. I asked why there was nothing inside them—I had a dim feeling that there were supposed to be marks on those pages—and my mother said that books were decorations, like vases of flowers.

This is seriously among the most chilling sentences in this book.

I like how the book is set up with us being given vignettes on those who were affected by the policies of Gilead. They are set up as witness testimonies and I recall at the end of the Handmaid's Tale we had that ending that was about historians discussing Gilead and figuring out who the real life Commander wast that our narrator defied.