Log in with Facebook
or
Wrong email address or username
Sign up
Already on BookLikes? Log in!
Incorrect verification code
Please, check your email, the code to access your BookLikes blog was sent to you already.
Enter code:
« Back Send
back to top
Search tags: Valancourt-Books A sudden snowstorm in the Scottish Highlands strands a newly married couple in a crumbling Victorian mansion known as Ardvreck House, along with a team of paranormal investigators and demolition experts already there, seeking proof that the mansion is haunted before the old pile is reduced to rubble.
Archie Roy, a noted astronomer and physical researcher, brings a sane, scientific approach to the haunted house genre, without losing an ounce of atmosphere or dread. And avoiding the cocksure, self serving/self promoting nonsense that oozes from such 'paranormal investigators' as the Warrens. The suspense steadily mounts without being bogged down by the dry tone scientific writing has been known to be plagued with.

Originally published in 1978 and brought to America for the first time by Valancourt Books (Where do they find these wonderful lost gems?) On a small, quiet island off the coast of Cape Cod, there's something up down in the dump.
The rats are on the run....and then they simply aren't there anymore.

Something nasty has just moved up the food chain....and the human inhabitants are next on the menu.

The Nest is an old school 'Nature Gone Wild' novel, featuring healthy doses of gore....brought to you by the creatures that make pretty much everyone's skin crawl.....mutated....evolving past repulsive into a relentless, flesh shredding, bone pulverizing army.

Yes, folks....there appears to be a bit of a roach problem.

A fast, fun read that only asks you to enjoy the ride....this ain't highbrow horror....but it will have you seeing things scuttling under the fridge when you flick on the lights....can't ask for more than that. I had the distinct pleasure of interviewing actor & audiobook narrator Matt Godfrey for Horror After Dark!

Have you every wondered if narrators read the book first before accepting a narration job? Have you wondered whether they just know how to pronounce everything or if they practice first? Your questions have been answered! I hope you'll take the time to check it out here. I’ve always believed that old things are haunted but I never realized that the quiet little world of antique buying and selling was so cut-throat!

I listened to this collection of eerie stories on unabridged audio. They’re all stories about antique dealer Geoff Ashton, except for one or two that are stories told to him or are about a close relative. My copy was narrated by R.C. Bray whose voice is wizened and quite perfect for this book about old stuff.

The Devil and Clocky Watson This first story introduces us to Geoff. He’s an honest dealer just trying to make a living but others, namely a shifty character named Clocky Watson, cheat the system. Geoff attempts to get back at Clocky in what he thinks is the most fitting of ways but things go awry. This tale, like all the stories that follow, is eerie and dripping with creepy atmosphere. 4.5 Stars

The Doll Geoff realizes that old dolls = $$ and buys a large collection of them from a boozy widow for a song but trouble soon follows. Creepy dolls will always be creepy and this story is no exception. There were two points here where frighteningly loud music was piped in and it nearly made me pee my pants and overrode the narration. Beware! This one was probably my favorite. 5 Stars

The Dumbledore This one simply wasn’t meant for me and it more than likely comes down to a matter of taste and my lack of it. The Dumbledore was a watering hole for men during war times. It's about secrets, war heroes and a young boy named Little Tex. 3 Stars

The Woolworth Spectacles This one features Geoff’s cousin and was much more my speed. Shy Maude's always been told that "men don't make passes at girls who wear glasses". But then she finds a pair of spectacles at Woolworth's (that's an old department store for you youngin's) left behind by an old woman and puts them on her face.

And she can see the world in wondrous detail! Initially she’s pretty thrilled but then people start looking at her differently. Crude work-men leer at her and she is unsettled. Soon, though, she finds her power over men a little intoxicating and begins to use it even to her advantage even though she knows deep down that this is very unlike her. She revels in it anyway and it leads to disaster. I liked this story quite a bit and found Maude’s personality change both organic and frightening. 5 Stars

Portland Bill Geoff is on vacation with his wife, who has meandered off to do things without him. Before long, he finds a beautiful and distraught woman who begs for help. Her son has gone missing and Geoff being the dirty, old, and let’s not forget MARRIED perv that he is, has lustful thoughts about her even though she’s frantic to find her son.

“My bowels moved with lust for her.”

Oh Geoff, you sexy beast, however did you convince a woman to marry you? 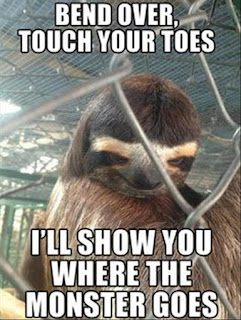 Despite his pervy thoughts, he’s not so bad a guy and decides to help her out. When the townsfolk and police brush him off Geoff starts to have ominous feelings about the situation. Haunting and, like all the rest, beautifully atmospheric. 4 Stars

The Ugly House I listened to this one twice because when I sat down to write this up, I couldn’t remember a thing about it and figured I had sleep-walked through it. Now after the 2nd listen and writing all of the above, I still can’t remember much about it besides the fact that there was a building inspector and an ugly house that Would Not Be Demolished and damned if I can remember anything else about it. 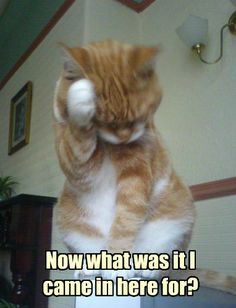 Guess it wasn’t meant for me. 3 Stars

I’d easily recommend this collection to anyone looking for slower paced, old-style horror that crawls under your skin and creeps you out.