Log in with Facebook
or
Wrong email address or username
Sign up
Already on BookLikes? Log in!
Incorrect verification code
Please, check your email, the code to access your BookLikes blog was sent to you already.
Enter code:
« Back Send
back to top
Search tags: interviews As the title suggests, the book is a series of actual interviews with or about people who were a part of what is known as The Beat Generation. The original members of this elite company include Herbert Huncke, William Burroughs, Jack Kerouac and Allen Ginsberg.

In the first interview, Huncke explains that the word 'Beat' refers to being exhausted, beaten down. Those of us who see this 1950s term as a reference to bongos and Maynard G. Krebs have a lot of enlightenment to catch up on and this book provides the facts. Huncke speaks candidly about his experiences in prison and the drug underworld and refers to the "terrifying honesty" often found in these counter cultures. He also relates his adventures on a tanker ship and about his pet monkey while working on the ship.

He speaks of known figures wanting to be gangsters in the criminal underworld and of circus people and how their associations are similar to these societies. He goes on to tell us about Chicago hipsters and the 'hip' element of the early 1930s, as well as meeting Doctor Kinsey and his contributions to the Kinsey report.

Some of the history and relevance of the book, The Cool World by Glenn O'Brien is explained and ideas about what it is to be hip. The early beatniks, dubbed by a journalist in parody of the Sputnik space exploration happening at the time, embraced the idea of being beaten down, the drug culture and the effects of becoming a social pariah.

This counter-altruism was sometimes poetic in its romanticist ideals.

The next interview with John Clellon Holmes mostly talks about Jack Kerouac and his book, On The Road, which according to Holmes brought a certain celebrity status to Kerouac and began to affect how the author related to people.

The book as a whole is very informative and tells much about the lives of legendary figured from a generation that is frequently misunderstood. It is sometimes poignant, telling how Burroughs became a recluse and fell into alcoholism, detailing relevant histories of names you don't hear much about in history class.

There is an actual interview with William Burroughs, who among other things, studied Archaeology much to my surprise. Between morphine addiction and associating with other names from the beat generation, we learn that Burroughs was once a farmer and the legend begins to look like a real person behind the public perception of him. The Holmes interview tells how the cult around Burroughs came to be and is followed by an interview with Carl Solomon, the man whom the poem, Howl was dedicated to.

There is also an interview with Alan Ginsberg and a touching tribute at the end that could almost make me feel nostalgic for an era that happened long before I was born. Overall an excellent look inside a significant subculture that helped to shape the counter-culture of the 1960s that would follow and mark a place in history when Western culture was forever changed. I’ve been using my writing time lately to meet some grant and contest deadlines, so I got behind on posting this interview I did for New Moon Girls with Sofiya Pasternack, author of Anya and the Dragon.

One thing I love about doing these interviews is that they always contain great nuggets of writing wisdom. My favorite bit of Sofiya’s interview came when one of New Moon Girls’ members asked her how she kept herself motivated to write. Her response was not what I expected, which I loved.

“Motivation is kind of a dirty word in our house. Motivation won’t really get you places because you can run out of motivation. So around here, the word is ‘discipline.’ … I mean, I’m not motivated to get out of bed in the morning, especially when it’s cold and snowing outside and my bedroom is cold and I don’t want to get up because I’m warm and comfy … but my discipline kicks in, and it says, ‘Get up,’ and it takes the blankets off and it pushes me out of bed. Discipline requires practice, and you really hold yourself accountable.”

Here’s hoping you are finding the motivation and/or discipline you need to keep writing in these strange times.

If you love books (and if you don’t, I’m not really sure what you’re doing here), you might want to check out the Luna’s Reading Corner interview I did for New Moon Girls with author Melissa Hart.

Melissa wrote Better with Books: 500 Diverse Books to Ignite Empathy and Encourage Self-Acceptance in Teens and Tweens. She is also a columnist for The Writer magazine.

I read Melissa’s book in November, and its focus on diversity was a great “prologue” to get me in the mood for my Year of Expanded Reading.

I had SO much fun flagging all the books I want to read from Melissa’s booklist, and taking out a red colored pencil to make notes in the margins of my copy. 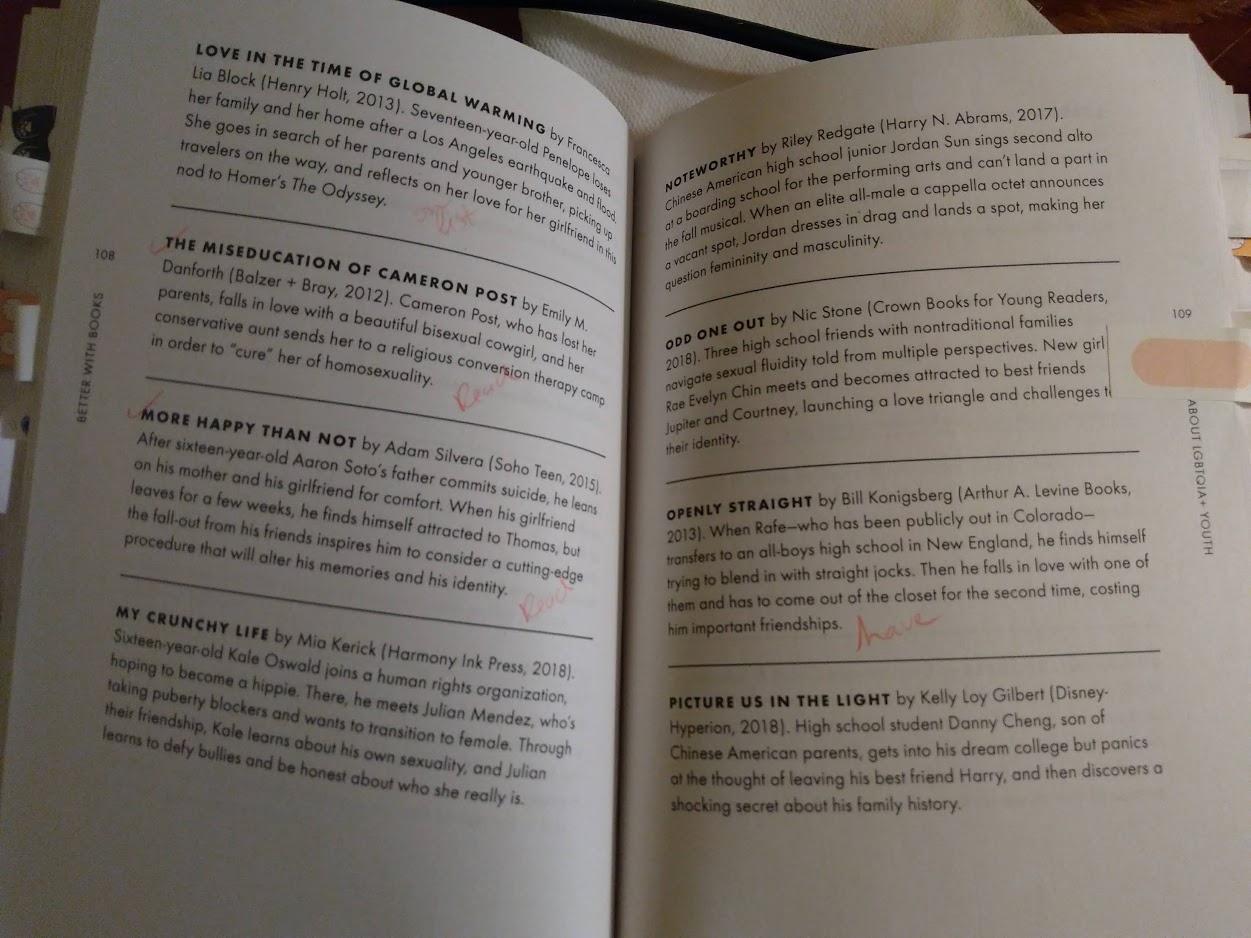 If you’re interested in other author interviews I’ve done for the Luna’s Reading Corner podcast, you can find them here. All of them contain great kernels of writing wisdom.

Here's an interview I did which gives more insight behind book 6 of The Beta-Earth Chronicles.

Question: Why a book on this subject?

Answer: Twice before, I thought I was done with the Beta-Earth Chronicles, first thinking book 4 was the end, then book 5 as I had gone as far as I could with the original characters. Then an editor suggested I write a Romeo and Juliet story with a new Adam and Eve. I took those two starting points and created a new cast of characters and sent them to our own planet 40 years in the future.

Question: What was the most interesting thing you discovered?

Answer: It’s very different to project what might happen on our earth from creating totally different alternate earths. Trying to describe what humanity might become in the aftermath of devastating global warming and weaponized biological plagues.

Question: What's in the book that no one yet knows about?

Answer: That we would become very localized in the aftermath of massive devastation to the point the U.S. would split into four countries. That keeping control of our lives would mean becoming tribal and more independent.

Question: The most fascinating character is . . . .?

Answer: That’s a toughie. I’d have to say a couple, Malcolm Renbourn II of Beta-Earth and his lover from our Alpha-Earth, Major Mary Carpenter.

Question: I'm only buying one book this year. Why should this be the one?

Answer: Well, this book includes a cosmic Romeo and Juliet story, sets up a new Adam and Eve, and has much, much more. As with the previous Beta-Earth books, expect originality, surprises, the unexpected, going where you’ve never gone before. I promise.

And, it works very well as a stand-alone book. This means you wouldn’t have to read the previous five books to understand what’s going on.

Question: What are you working on now?

Answer: Since Return to Alpha was published, I’ve been working on short stories that are both prequels and sequels to what happens in RTA. Several tales you can download for free at various book publicity sites—the rest you have to wait for until a collection of these stories is ready to go.