Log in with Facebook
or
Wrong email address or username
Sign up
Already on BookLikes? Log in!
Incorrect verification code
Please, check your email, the code to access your BookLikes blog was sent to you already.
Enter code:
« Back Send
back to top
Search tags: abusive-relationships This was helpful for me in teaching me to let go of any expectations or judgments I have about my loved one leaving her abuser, and instead learn to be a better friend to her--so that she can leave him if she chooses to leave, or she can have me as a source of support and safety if she chose to stay.

I had an "aha moment" when this book talked about how my insisting that my loved one leave the relationship, and badgering her about it, was precisely what the abuser does to her--tries to exert power over her and control her actions, and implies that she cannot be independent and is not capable of making her own choices.

The book helps you to let go of your old goals for your loved one and form new, healthier ones that you have control over. Don't be dissuaded because the title implies that this book is geared toward life after leaving someone. In some ways I feel like it's especially helpful in the case of a person who is trying to choose between staying and leaving. I love the list-making and written self-exploration sections. Their detailed specificity makes it impossible for the survivor of abuse to let their brain sort of "look away" or to follow its usual, well-grooved paths.
The goal here is to guide survivors toward reclaiming themselves--to recognize your value and regain your self-worth and self-esteem--to be strong and independent (and maybe creative and fulfilled again), either while being in a challenging relationship, or after having left.
adult non-fiction abusive relationships abusers abuse victims its my life now abuse survivors
Like Reblog Comment
show activity (+) * Incest/child abuse [ The Buendia family members are constantly falling in love with close cousins, half brothers, nephews. An older woman Amarantha makes out with her underage nephew (hide spoiler)]
* Non sensical Violence [ including the cruel death of a newborn, and that's the ending scene. This book leaves you feeling disturbed (hide spoiler)]
*Prostitution
* Cheating
* Bestiality
* Women treated as objects sometimes by their own parents

If you like me grew up reading marvelous books like Harry Potter, Percy Jackson, Twilight, The Hunger games, which are all extremely strong in terms of characterization and character development and which are at times trashed by the same critics that praised this piece of cr%p, I doubt you'll enjoy this book because:

* No plot, everything is a messy mix of twisted, and I mean TWISTED, disturbing, cringe-inducing family anecdotes
*No character development.
* Poor character presentation. Other than I know that Amarantha is somehow fierce it's difficult to describe the rest of the characters personalities. What are their goals? What do they want? What do they fear? Who are they? What are their motivations?
* Poor worldbuilding. Am I supposed to know how Macondo, the setting of this book looks like? All I know is that Macondo founders were trying to reach the sea and they couldn't and were tired of travelling so I know there's no sea close to this town. The rules of this world don't seem to follow a logic, either. It's like Garcia Marques just smoke weed and added whatever he saw when he was under the effects of the weed to add magical elements here and there. I rarely notice worldbuilding issues in my reads because I have a strong imagination. Even books that don't describe the rules of their worlds or the setting properly don't turn me off, but since this book is universally praised as a "master piece" I was expecting more.
* No coherent timeline, Little to No dialogue
* Author breaking the rule of show don't tell 98% of the book 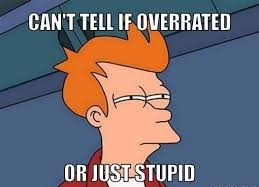 I should have tried to convince my professor to change this assigment. I should've told him that this kind of topics are potential PTSD triggers for me (which is 100% true, although usually books don't activate triggers for me, certain kind of music and smells are triggering for me) or that they are against my religious beliefs (that'd been a lie, but I wish I had lied) Maybe it wouldn't have worked and still I'd been stuck to read this horrible book, but these professors should be more responsible when assigining this kind of disturbing readings and forcing people to read them taking away our sacred right of DNF a book we don't enjoy .

I'm aware that the author won a Nobel Prize, but it seems to me that it was more like the academy thought it'd be rebellious and edgy to give an award to this author leaving other more talented authors out, therefore steering controversy. Sort of like they did when they gaveBob Dylan the Nobel Prize even if he's a songwriter and poet more than a book writer.

I don't even know who is supposed to enjoy this book. I think that some Hispanic readers might find something good in this book because it seems to me that the author at times was talking about Colombian/Hispanic political issues in a metaphoric way, but honestly there wasn't enough of that.

Also, the opening line of this book is supposedly matter of study in English literature courses around the world


'Many years later, as he faced the firing squad, Colonel Aureliano Buendía was to remember that distant afternoon when his father took him to discover ice.'


I can see why some readers might find that intriguing and get hooked from there, but I read a lot of books with great opening lines/paragraphs in commercial literature. Angefall by Susan EE, Divergent by Veronica Roth, Maze Runner by James Dashner have strong opening lines that get you hooked. I think every reader gets hooked by different opening lines, so why critics and scholars think this opening line is better than any is beyond me. However, I'll say that the ending scene was strong and extremely disturbing. It's a scene that will make you feel haunted and in search of a happy reading because [ A newborn is eaten by ants. You're supposed to imagine the ants carrying only the carcass of what was moments before a lovely baby ... who was born with a pigtail O_O (hide spoiler)]

I'm only writing this because I need to organize my ideas for my essay. I doubt that writing my honest opinion about this trash will earn me a good mark, so I'm trying to find an angle to write about. Maybe I can write about the role of women in Garcia's books. The other Garcia's book I read was Chronicle of a foretold death which was thankfully short and somehow realistic, but still 100% misogynist. An oudated view of women is common in this author's writings.
My recommendations if you are forced to read this author:

* Write notes for each time a new Buendia appears. There are at least a dozen characters sharing almost the exact name and that is confusing
* Don't expect character development, don't expect world building
* Don't expect brilliant dialogue, although you can expect beautiful monologues
* Expect a lot of info-dumping and exposition
* Expect a lot of magical elements, but not the kind of magic that makes you want to live in this world.
* Expect a lot of misogynism It's like the author comes from ancient times or the Taliban and his views on women are very outdated. As a demi-feminist some scenes were hard to stomach.
* Keep an enjoyable read at hand because sometimes you're tired of this world and you want to get out of it by reading something good.

Long story short, this book is way Overrated. Overrated doesn't cover it. I think the author, may he rest in peace, might have written it under the effects of the weed.

1
review SPOILER ALERT! 2018-04-25 01:59
Goodreads, some booktubers and Common sense media don't want you to know of the sex and language At the moment of posting this my goodreads review for A COURT OF THORNS AND ROSES  has 131 likes so it should appear on the second page of that site. That isn't the case and I wonder one more time for the reasons goodreads employees are trying to cover up the information and reviews that can help readers make informed decisions. My Tower of dawn review by this same author rhas been supressed from the first page of reviews even though it currently has 265 likes.

I also want to point out that this book portrays abusive relationships (Feyre and her older sisters, Feyre and her two love interests)and torture by one of the love interests. That isn't a reason for not reading the book, it's just something you should know as many booktubers and reviewers aren't commenting on these kind of problematic content. If that doesn't bother you I highly recommend this series. Please don't take my word for it, do your own research.

My review will contain spoilers.

UPDATE APRIL 12TH ADDING PARENTAL GUIDANCE AND SAFETY WARNINGS because kirkus reviews, some GR librarians and most booktubers won't tell you the truth. This is a New adult book not as close to erotica as ACOMAF but still. I'm also changing my original 5 rating to a 3.5 rating


PARENTAL GUIDANCE
SEX/NUDITY 8 out 10 Descriptive make outs. Heroine is sleeping with a villager at the beginning of the book but it's not a graphic scene, some nudity descriptions, a graphic sex scene,including oral, between Tamlin and Feyre . Ritual sex is mentioned as part of a ceremony called Calanmai


VIOLENCE/GORE 7 out of 10  descriptions of torture to heroine, some of it by one of the love interests (Rhysand), a villager is burned alive during days because the villains mistook her for the heroine. The elder sisters of the heroine are emotionally abusive and unhelpful, they reap the benefits of heroine's sacrifices for themselves without lifting a finger.

SUBSTANCE USE 6/10 as every single character in this book is 19 or older or a milleneal ancient fae alcohol consumption is present. Mostly at meals and during a ceremony called Calanmai


SAFETY WARNINGS, possible spoilers for the rest of the series

In this series we have two heroes: Tamlin is the love interest in book 1 and he has sex with another woman after meeting the heroine because it's part of a certain FAE ceremony that keeps fae strong. They aren't together yet so it's not exactly cheating but that's the reason I didn't connect with Tamlin. Well the OW sex and the whole begging- on-his- knees- to- a -rival- for- the -heroine's -safety. That was just stupid.

In book 2 the love interest switches, Rhysand who appears as the villain in book 1 becomes love interest and Tamlin becomes a jerk, no one roots for Tamlin after chapter 4 because he acts stupidly. But we get a very graphic sex scene of heroine and Tamlin together at the beginning of A COURT OF MIST AND FURY. As someone who is team rhysand I didn't enjoy that sex scene. I got very happy with the rest of the book because Tamlin dissapears and later there's a lot of sex with Rhysand, but yeah, this is an unsafe read.


So my original rating changes to 3.5 I can't rate lower in spite of the safety issues because book 2 is one of my all time favourites.