Log in with Facebook
or
Wrong email address or username
Sign up
Already on BookLikes? Log in!
Incorrect verification code
Please, check your email, the code to access your BookLikes blog was sent to you already.
Enter code:
« Back Send
back to top
Search tags: christmas-reading 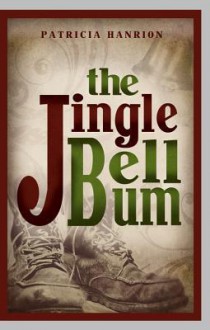 A feel good story perfect for the holiday season.

A short but intense and heartwarming story that brought tears to my eyes as young and old alike come together, giving, sharing, and adding so much goodness to everyone’s life.

Joseph was a shabby imitation of Santa Clause with his Salvation Army kettle in front of a K-mart, but what no one could have guessed was that Joseph was a miracle waiting to happen. This inspiring Christmas story tells the true tale of how a group of teenage carolers changed the life of a down-and-out bum. A moving and unforgettable read! 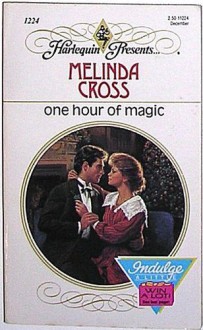 Wow. I really liked this book. The intensity and character development was fantastic. I like how the layers pull back and you can see more and more about both characters. Daniel was definitely a deep guy. He was like the Beast to Holly (even though she didn't consider herself beautiful)'s Beauty. He was super-grumpy and angry and initially, it gave me a way different impression of him, but as Holly's perception changes, so did mine. That was very clever storytelling.

As I get older, I get jaded about the power and the allure of romance. I really crave a true blue romance with deep, powerful emotions and a strong bond between the couple. I always go back to Harlequin Presents because they are short novels, but they have the desired intensity in the short format, when done right. This one was done right. On the surface, Daniel doesn't seem as accessible a hero to the one in Pulse of the Heartland, but he's ten times the man that Nick was. I love characters who feel things deeply, especially when still waters run deep, or when they are just intense by nature. Daniel was a little of both. I liked how he challenges Holly to come out of her safe zone and to see the world deeper and differently.

I like heroes who are very strongly attracted to the heroine, but I want it from a "Can't Live Without Her" perspective as opposed to just scratching an itch. At first you can't tell which is driving Daniel. But the reveal gave me goosebumps. The end was so touching and it really ends this book on a high note. I'm not afraid to admit I did cry a little.

This one is worth tracking down if you can. 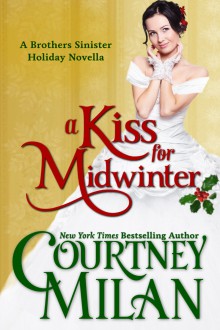 Courtney Milan writes wonderfully. Her characters are three-dimensional and nuanced, more like real people than characters. I always feel like I want the romance to happen just as much as they do or in some circumstances more. My heart was with Grantham as he wooed Lydia, and I felt deeply for Lydia. Her terrible experience five years earlier would sour anyone on romance, and I could see why her barriers were erected so strongly. I liked that Milan did give them an opportunity to get to know each other and that they had many talks which helped them to get to know each other in the deep way they needed. Grantham is a bit of an odd duck. He's lacking in social graces in that he doesn't know how to measure or mince his words, but tells it like it is. His reasons for marrying initially are barebones pragmatism, but understandable given his situation. But he learned the hard way that he needed to deal in honesty no matter what the cost.

Somehow Milan managed to make a novella feel like a novel. By the end of the book, I did feel like an entire courtship had taken place and that these two people had plenty of reason to be committed to each other. I also liked that she includes some social consciousness such as the sad state of medicine in the late 1800s, especially in light of women's health and the angst of caring for an aging parent.

This was a rich, engrossing read. 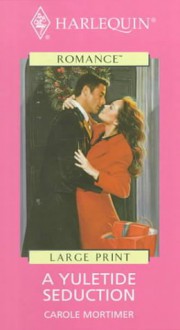 I wasn't feeling this book very much at first, but I really liked the end of the book. It was very sweet, and I'm always a sucker for a hero who's stone cold crazy about the heroine. There was a real 'aww' moment at the end. I think the plot was rather convoluted, but that's what makes Harlequin Presents books so addictive.

Jane is a caterer and a chef, and being a foodie, I'm all for that. I could have used more food descriptions. Gabe is a big businessman who makes his money buying up ailing corporations. Jane has something personal against him because of what happened between his wife and her husband. He made her life difficult in the aftermath and contributed to an already painful situation. But that doesn't stop her from being attracted to Gabe and falling in love with her.

One aspect of this Harlequin Presents that was different is that Gabe is actually a nice guy. He only appears ruthless in Jane's mind. He doesn't read that way in the story.

There is no big chemistry and tension in this book. It's more of a slow build and a sweet romance. But that's not a bad thing. I gave it an extra half star because the ending was so lovely. 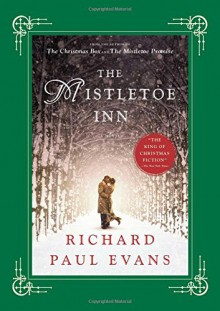 I really enjoyed this book. I've never read this author, but I'd definitely read more by him. A great book for the Christmas season that sets a good mood without being sappy. Some great insights about the romance publishing world.