Log in with Facebook
or
Wrong email address or username
Sign up
Already on BookLikes? Log in!
Incorrect verification code
Please, check your email, the code to access your BookLikes blog was sent to you already.
Enter code:
« Back Send
back to top
Search tags: classic-rock 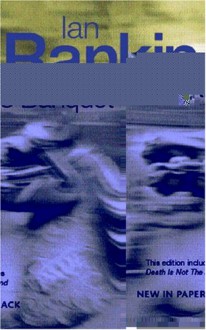 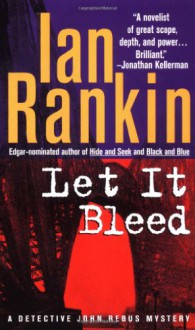 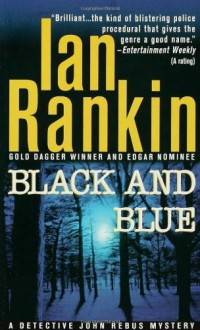 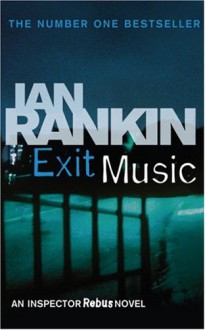 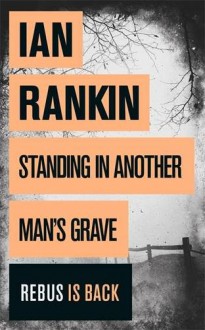 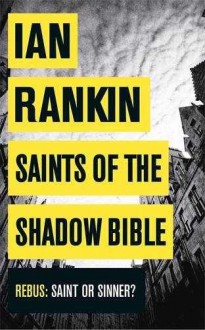 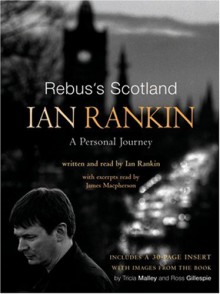 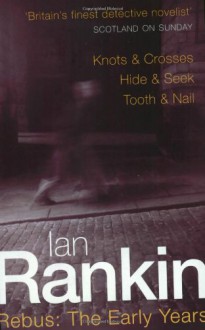 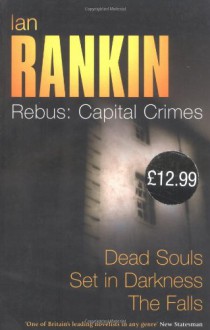 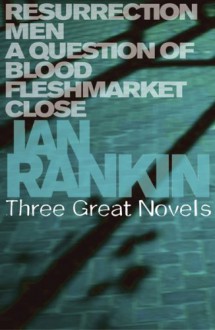 Tajana (*sighs*) found a bookish Q&A on Tumblr and recently shared it on her BookLikes blog. One of the items on the list is:

"Make a mini playlist for one of your favorite books."

Well, seeing as music in the Rebus books is very much about Rebus's overall tastes, as well as Ian Rankin's own (the latter, smuggled in through Rebus's sidekick, Siobhan Clarke), there really isn't any point in singling out any individual book ... let's go the whole hog and have a list for the entire series, shall we?

As Rankin is fairly explicit about Rebus's major favorites -- Rolling Stones, Rolling Stones, and then some -- to a certain extent this list almost writes itself; all the more since in his nonfiction companion book, Rebus's Scotland, Rankin himself actually reels off a pretty extensive list of artists that either Rebus or he himself (or Siobhan Clarke) would consider favorites.  But there's still plenty of room to be creative, as Rankin's focus is more on the artists themselves, not on individual songs or albums.  And anyway, what's to stop me from adding a few choices of my own? So, here we go:

Obviously the list needs to be built around those albums and songs (chiefly, but not exclusively, by the Stones) that even provided book titles for the series:

* The Rolling Stones: Beggars Banquet, Let It Bleed, and Black and Blue

* Radiohead: Exit Music (for a film) (album: OK Computer)
* Jackie Leven: Another Man's Rain and One Man One Guitar (both from the album Oh What a Blow That Phantom Dealt Me!)

And since Rankin himself, like Rebus, also has a particular and lasting fondness for Jackie Leven and in 2004 even appeared live together with him at Queen's Hall, Edinburgh, which later yielded their joint release, Jackie Leven Said, obviously that whole recording needs to go onto the playlist as well.

Moreover, as Rankin specifies that Rebus is generally a fan of "mid-period Stones" (by which he means the albums from the late 1960s and the early 1970s), let's also throw in their two other major blockbuster albums from that period; as well as, for my own gratification, the very first Stones song I ever heard, and which is stll one of my absolute favorites (even though it's early and not "mid-period" Stones):

Moving on to other artists, as bands and artists that Rebus does, or would probably like, Rankin mentions the following -- for whom I've taken the liberty to add one or several fairly iconic song titles or, in individual cases, entire albums:

The next group of artists are those that Rankin either mentions explicitly as among the ones that have played a pivotal role in his own life (especially the first five; for the first three, he even specifies the songs listed here), or suggests they'd be artists that Siobhan Clarke would like -- some of the series's books indeed have her listening to some of them -- which by extension, as per his general explanations, also means there's a certain likelihood that Rankin himself listens to them:

* The Clash: London Calling (album: London Calling)
* Big Country: In a Big Country (album: The Crossing)
* Simon & Garfunkel: The Boxer (album: Bridge Over Troubled Water -- and for my own gratification, let's add the title track as well, shall we?)

Finally, just for myself I'd add to the above:

* Guns'n Roses: Sympathy for the Devil (from the soundtrack for the movie Interview With the Vampire)
* Dire Straits: Sultans of Swing (album: Dire Straits), Brothers in Arms (album: Brothers in Arms), Telegraph Road and Private Investigations (both from the album Love Over Gold)
* Mark Knopfler: What It Is, The Last Laugh (duet with Van Morrison), Silvertown Blues (all from the album Sailing to Philadelphia), 5.15 AM (album: Shangri-La), Going Home (from the soundtrack for the movie Local Hero)

* Pink Floyd: Wish You Were Here and Shine on You Crazy Diamond (both from the album Wish You Were Here), Money (album: Dark Side of the Moon)
* The Talking Heads: Once in a Lifetime (album: Remain in Light), Burning Down the House (album: Speaking in Tongues), And She Was and Road to Nowhere (album: Little Creatures)

* U2: Sunday Bloody Sunday (album: War), The Fly and Mysterious Ways (both from the album Achtung Baby), Elevation (album: All That You Can't Leave Behind)

* Hurts: Wonderful Life and Stay (both from the album Happiness)

* The Cranberries: Zombie (album: No Need to Argue)

Many great rock songs have been the result of a lyricist finding inspiration in the pages of a book.

The Song: “Sympathy for the Devil,” The Rolling Stones
The Novel: The Master and Margarita, Mikhail Bulgakov.

Listen here.
In 1968, Mick Jagger’s then-girlfriend, Marianne Faithfull, passed along a little book she thought he might enjoy. Jagger ended up writing “Sympathy for the Devil” after reading the novel, which starts when Satan, disguised as a professor, walks up and introduces himself to a pair of men discussing Jesus.

Mick later suggested that some of the lyrics may have been inspired by the works of Charles Baudelaire as well, which makes “Sympathy” the result of a pretty well-read rock star.

The Song: “Ramble On,” Led Zeppelin
The Novel: Lord of the Rings, J.R.R. Tolkien.

If you’ve ever listened to the lyrics of “Ramble On,” this is not going to come as a surprise to you. For example:

“'Twas in the darkest depths of Mordor
I met a girl so fair.
But Gollum, and the evil one crept up
And slipped away with her.”

For years I'd only ever paid attention to the “Ramble On” chorus, so this was a shock.

Pink Floyd felt so strongly about Orwell’s barnyard take on revolution that they made a mascot from the book’s dictator pigs. The first incarnation of the famous Pink Floyd pigs popped up in 1976 for the photoshoot for 1977’s Animals album, which is based loosely around Animal Farm themes. "Pigs (Three Different Ones)" is about people in society with wealth and power.

An 18-year-old Kate Bush was inspired to write her breakout song after seeing just 10 minutes of Wuthering Heights on TV in 1977.

“I am sure one of the reasons it stuck so heavily in my mind was because of the spirit of Cathy, and as a child I was called Cathy. It later changed to Kate. It was just a matter of exaggerating all my bad areas, because she's a really vile person, she's just so headstrong and passionate and... crazy, you know? And it was fun to do, and it took - a night and a half?”

The Novel: The Odyssey, Homer.

Even Eric Clapton can’t resist the Sirens from The Odyssey; this classic Cream song references the mythological enticing beauties (Clapton sure knew his share of those). Though it’s Clapton singing, the lyrics were written by Martin Sharp, who had just returned from vacation in Ibiza and was inspired by all of the exotic scenery - beaches and women alike, presumably.

The Song: “Breathe,” U2
The Novel: Ulysses, James Joyce.

Speaking of The Odyssey, it’s no surprise that The Edge and Bono would want to pay homage to their fellow Irishman James Joyce by setting “Breathe” on June 16. That’s the day Leopold Bloom embarks upon throughout the pages of Joyce’s Ulysses, and it’s also the day that Joyce fans everywhere honor his work by celebrating Bloomsday.

The Novel: Perfume: The Story of a Murderer, Patrick Süskind.

Though this horror book never made it to the bestseller lists, it was a modest hit thanks in part to Kurt Cobain, who frequently mentioned that it was one of his favorite reads. He liked it so much, in fact, he wrote a song about it and put it on the 1993 In Utero album. The book is about a man who kills young women and captures their scents in order to make the perfect perfume. I won’t spoil the ending for you - and neither does “Scentless Apprentice.”

The Song: “Holden Caulfield,” Guns N' Roses.
The Novel: The Catcher in the Rye, J.D. Salinger.

Listen here.
The much-awaited 2008 album Chinese Democracy contained a song called “The Catcher in the Rye” after the J.D. Salinger classic, but it’s surmised that the song is really about another culture-changing event that Holden Caulfield was involved in: the assassination of John Lennon in 1980. Lennon’s murderer was carrying a copy of the book when he pulled the trigger.

The Song: “The Ghost of Tom Joad,” Bruce Springsteen.
The Novel: The Grapes of Wrath, John Steinbeck.

Technically, Springsteen was inspired by John Ford’s big-screen adaptation of John Steinbeck’s Great Depression journey. “The Ghost of Tom Joad” is a 1990s version of The Grapes of Wrath, meant to serve as a reminder that modern times are just as difficult for some. Rage Against the Machine covered the song in 1997.

There's something 'bout me, baby,
You got to know.

I get off on '57 Chevys,
I get off on screaming guitar.
Like the way it hits me every time it hits me.
I've got a rock and roll heart. 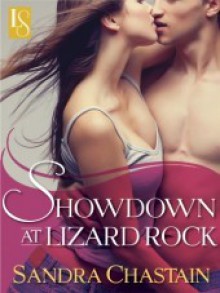 In Showdown at Lizard Rock by Sandra Chastain, King Vandergiff has been called to Lizard Rock because a woman in a sheer robe is there to protest the construction of his new private club. Now he has to stop her protest and get his employees working again before she can start any bad press.

Kaylyn believes that Lizard Rock and the springs are a very special place, where back in the 1800s the Cherokees used to bring their sick to cure them since the spring was believed to have some medicinal uses thanks to the spirits there. Now Lizard Rock is at risk of being destroyed and the springs capped, something she will not allow to happen no matter what. Read More...
Like Reblog Comment 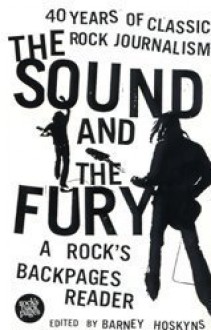 Rock writers with an atitude, for a change. You may not agree with all of them (I didn't), but I enjoyed reading it nevertheless.
More posts
Your Dashboard view:
All Reviews Text Photo Quote Video URL Activities
Liked posts Top Tags
Press About Terms of Services Privacy Policy Contact Us Blog FAQ Patronaty medialne BookLikes for Authors Partners panel more...
Team Themes Docs API Blogs
Copyright © 2021 BookLikes