Log in with Facebook
or
Wrong email address or username
Sign up
Already on BookLikes? Log in!
Incorrect verification code
Please, check your email, the code to access your BookLikes blog was sent to you already.
Enter code:
« Back Send
back to top
Search tags: colin-dickey 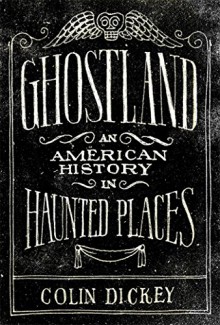 Disclosure:  I accessed this book through my local public library's digital collection.  I do not know the author nor have I ever communicated with him about this book or any other matter.  I am an author of romance fiction and assorted non-fiction.

I truly enjoyed this book, and found the author's perspective both interesting and ultimately respectful of believers and skeptics alike.

It would be impossible, of course, for a single volume to catalogue all the thousands, perhaps millions, of alleged hauntings in this country.  Dickey can probably be accused with some justification of cherry-picking the examples he used to best illustrate his theories: among them that whether ghosts -- as the more or less embodied spirits of the dead -- are real or not, we need them.  And so we would have created them anyway even if they weren't real.

The aspect of the book that fascinated me the most was the way he deconstructed some of the most well-known and even well-documented hauntings, as evidence that it's in the creation of a ghostly narrative that fits what we collectively as a culture want the haunting to be that it comes alive, pun of course intended.

Because I'm not a fan of horror fiction -- it's all I can do to get through the least horrific Lovecraft for Halloween Bingo -- I can't say if the creation of a fictional haunting narrative follows that theory.  I do, however, think it applies to the gothic romance.  The haunting, the ghostly presence, has to integrate with the living characters in an organic way for the two stories to work with each other.

This is proving to be one of those books that brings together a lot of old friends.  There are references to James W. Loewen and Frederic Jameson and Walter Benjamin.

Loewen, of course, is contemporary and accessible.  I can't recommend enough his Lies My Teacher Told Me and Lies Across America.

Jameson is less accessible, but then he is a theorist more than a commentator, imho.

Even before Dickey mentioned Walter Benjamin, I distinctly felt his influence -- his spirit? -- from The Arcades Project, a good portion of which I read in grad school.  I still have his Reflections, one of the texts for that particular (and particularly annoying) class, because the texts were far better than the instructor.  (Yes, I'm lookin' at you, Arthur Sabatini.)

I've reached the part in Ghostland that deals with haunted cities, and it's almost impossible not to have a slideshow of abandoned Detroit buildings running through my imagination. 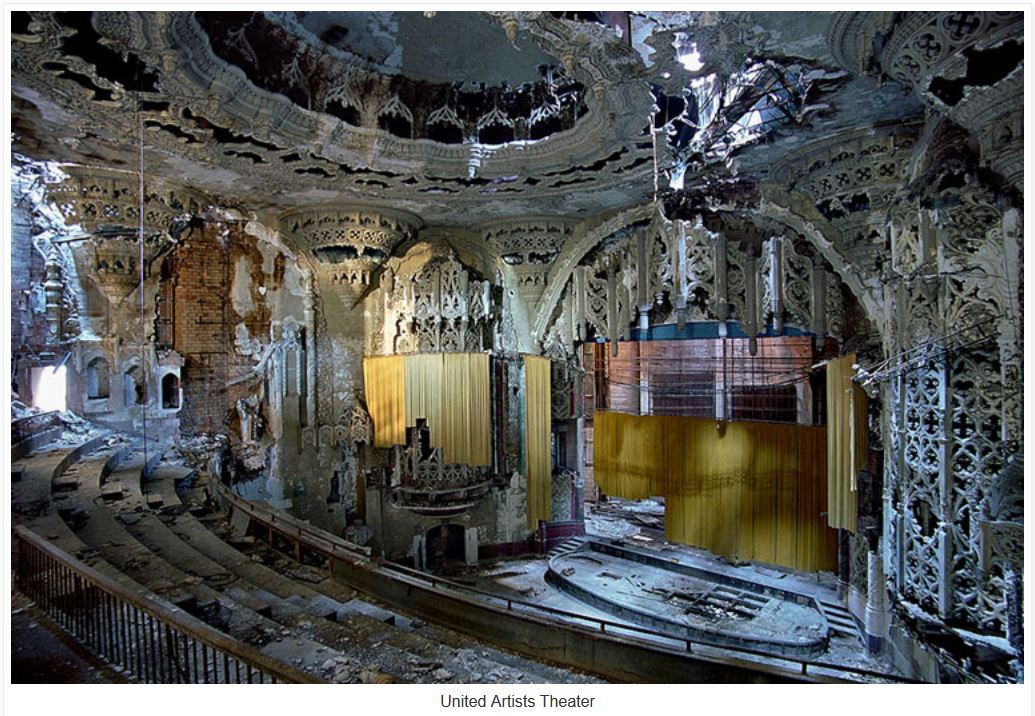 Pages read are based on digital edition accessed via the public library.

When Obsidian Blue reviewed this last year, I was very much intrigued and put it on my mental list of books to track down.  Imagine my delight on finding it in he library's digital collection.  It was while trying to access Ghostland that I screwed up and ended up reading another couple chapters of that silly Breaking the Rules, but once I got into Ghostland, I was pretty well hooked.

My own current work in progress involves an allegedly haunted house, so Ghostland is sort of research.  Ah, if only all research could be this enjoyable!

As I prepared to post this status report, I read through all the reviews here on BookLikes, just to get a feeling for how other people reacted.

Even though I've had my own experiences with the strange and unexplainable, I tend to be more of a skeptic than a believer when it comes to ghosts and so on.  I'd like to believe, but I'm too rational and logical.

So I'm finding Colin Dickey's attitude less offensive than other reviewers have.  In fact, I'm finding it refreshing.

I picked up Ghostland: An American History in Haunted Places by Colin Dickey with the hope that it would be like the 13 Alabama Ghosts books I remember so fondly as a child (they still have the first in the series at the public library in my hometown). I don't fully believe in ghosts but I do fully enjoy reading ghost stories. Tales of haunted places in particular are fascinating because they're usually told with a kernel of truth at the center. However, Dickey seems to contradict himself at every turn in this book by retelling these ghost stories and then almost immediately debunking them. Further compacting the confusion, each chapter ends with a somewhat mystifying takeaway about why there seems to be so many 'ghosts' and 'haunted places' in the United States. (And this is despite the U.S. as we know it being a relatively young country.) He covers the gamut of places that could possibly be haunted. There's the typical cemeteries and old houses but there's also factories and even the rarer entire city haunting (Detroit for example).  Overall, I didn't feel satisfied because I think I was hoping for less analysis and more storytelling. I suppose this might be of interest in terms of a tour guide for places to check out yourself but it wasn't my cup of tea. 4/10

Of possible interest: Dickey is a member of the Order of the Good Death started by Caitlin Doughty which I'm sure you'll all remember from earlier blog posts. I have to say that I didn't find his writing nearly as compelling as hers. :-/

What's Up Next: Fly on the Wall by Emily Jenkins

I can't decide if I was mis-sold on this book or not. It was about what I expected to read, I suppose, but not in the way I expected to read it. I dunno. I feel a little cheated but can't quite put my finger on why.

Ghostland is an exploration of American history through some of the countries most haunted locations. Houses, hotels, graveyards, and even whole cities are discussed because really, if you look hard enough, everyone has a ghost story to tell. Locations discussed include The Winchester Mystery Manor, Danvers Mental Hospital, Gettysburg, and the entire city of Detroit. It's definitely a different way to look at American history, especially if you're interested in the paranormal.

I think the biggest reason I feel cheated by this book is it did end up being more of a review and critique of American history than a book about haunted locations, which was what I expected and haunted. Some chapters, mainly in the beginning, were what I expected. For example, I found the chapter on the Winchester Mystery Manor fascinating due to it going quite in depth into ghost stories and the spiritualist movement while also discussing their historical significance. That to me was exactly what I wanted to read. An annoyingly large part of the book though was more like, "slavery is bad" and "ghost hunters are ridiculous." I'll talk more about that in a moment but it was not at all what I wanted to read.

This book was really interesting. It explored a lot of aspects of American history I was unaware of and when it did connect to ghost stories it was incredible. For example, in one chapter we learn how ghost stories in part inspired the formation of the KKK in that early members pretended to be specters of fallen soldiers to scare the newly emancipated slaves. That's something I never learned in history class.

There were some chapters that even if they weren't connected to ghost stories per say the history was presented in a new way that was fascinating. I particularly liked the chapter on haunted asylums since, even though the ghost stories were few and far between, Dickey a) didn't demonize psychology the way many people I know do when criticizing past practices and b) explored a completely fresh angle of the haunted asylums: why they were built they way they were. As a psych graduate I find the thought processes behind their architecture fascinating and I'm glad Dickey focused so much on that element, rather than just going "lobotomies are bad" and leaving it at that.

Also worth noting is the fact that Dickey explores ghost/creepy stories that don't always make it into the mainstream. I was particularly pleased to see that he included the stories of Elisa Lam and the history of the Cecil Hotel as well as the Lalaurie Manor in his explorations.

The biggest critique I have of this novel is that Dickey comes across as being incredibly full of himself throughout the entire thing. His writing style came across very much so like those "I, an Intellectual" memes and it was obnoxious. I think what got me the most is he came across as VERY disparaging of ghost hunters and tourists. His condescension towards those groups was unbearable. Judging only by the way he writes, he reminds me of the bullies from my English classes who never hesitated to inform you of how enlightened they were and how beneath them you were for not being as enlightened. That was definitely not what I signed up for and it made getting into the book very difficult.

Final rating: 3 out of 5 stars. The book has a lot of interesting information, but the author gets in his own way with his ego. Would recommend for those interested in haunted history but check it out, don't buy it.

Final thought: You can disagree with something without being a dick about it, Colin.