Log in with Facebook
or
Wrong email address or username
Sign up
Already on BookLikes? Log in!
Incorrect verification code
Please, check your email, the code to access your BookLikes blog was sent to you already.
Enter code:
« Back Send
back to top
Search tags: cultural-commentary 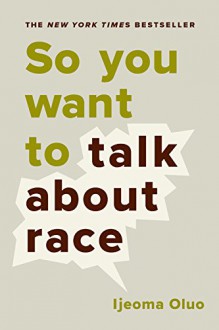 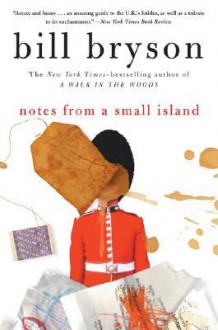 Notes from a Small Island by Bill Bryson chronicles the walking expedition that the author took across Great Britain right before he moved back to the United States. I loved how his enjoyment of the countryside (particularly Yorkshire) came through in his beautiful descriptions. If he had only stuck to his descriptions of the idyllic countryside and the interesting monuments and things that he saw there I would have enjoyed this book. Instead he interjected his beliefs/prejudices/stereotypes about different groups of people and it really turned me off of the entire book. The first note that I wrote after reading this was simply "I don't like Bill Bryson."

What he poked fun of (a shortlist):

The only good things that came out of this is that I'll probably visit Warwick Castle and Snowshill Manor in the future...and I'll never read anything else from Bill Bryson.

What's Up Next: HiLo: Then Everything Went Wrong by Judd Winick 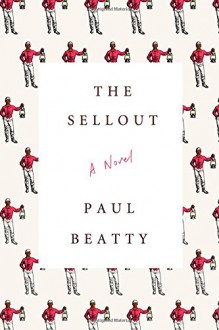 Besides being on the bestseller list, it came highly recommended to me by a patron at my branch who felt so strongly about it that she went to the shelf, brought it to me at circulation, and insisted I check it out immediately. I hadn't heard anything about this book before she placed it in my hands despite the praise it had received from the literati of the world. This book is a conundrum to me. It has been touted as an uproariously hilarious satirical take on race and culture in America. I'll agree with the latter part of that statement but I didn't find it funny in the least. In fact, I found that the 'jokes' were not at all to my taste. This is probably due to the amount of books on race and culture I've read over the last year but I just couldn't read this book without feeling thoroughly depressed at what felt almost hyper realistic. Now I made it halfway through this book so I feel like I got the overall gist and flavor of the thing. The narrator (name not revealed beyond the nickname BonBon) lives on a farm in the middle of a Californian ghetto called Dickens where you're more likely to see cows on the side of the road than a white person walking their dog. The book starts with him being called before the Supreme Court on an issue of dragging black people's progress back to the time of slavery...because he has a slave of his own. I don't know what this book was but I do know that I didn't like it and I have no intention of finishing it in the future. Progress: 145 out of 289 pages. 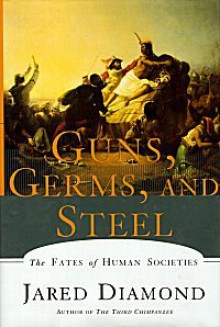 This is a weighty book, ya'll. Jared Diamond's book had been on my list for ages because once upon a time it had been on one of my recommended reading lists for an undergraduate Anthropology class (I majored in that field). I didn't have the time to read it then (it is 425 pages after all) but the topic still intrigued me. Much like the book above I was interested in the subject matter and found no fault with the writing style (other than it being more like a textbook than casual, recreational reading) but it was so dense that I didn't always feel compelled to pick it up in a spare moment. (I also kept falling asleep for some reason.) Progress: I made it to page 290 before I had to concede defeat (and ship it to the next person waiting to read it). 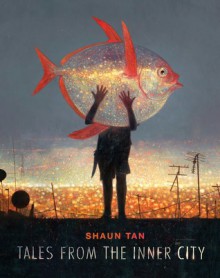 Tales from the Inner City by Shaun Tan reminds me why I'm always telling everyone that Shaun Tan is my favorite illustrator. His illustrations are beautiful and his prose is wonderfully written. Organized by different animals, the chapters explore various aspects of humanity with short essays (and in some cases poems) accompanied by full page color illustrations. I broke down a few of the stories to my mom who thought they were rather dark and bleak but I explained this is how Tan gets his meaning across. This book looks at life in the inner city through the eyes of animals as a way to explore humanity both its cruel, despairing underbelly and its hopeful, optimistic fur (this analogy got away from me). For example, one story features a secretary who walks into the boardroom of the company she works for only to find that all the members of the board have inexplicably turned into frogs. She goes panics (including going back to her desk to play a few hands of computer solitaire) and worries she will be blamed and possibly fired before deciding the best course is to take these frogs home and care for them as if they were her pets. It turns out that this suits both herself and the frogs equally well because they were tired of being burdened with the troubles of being human. And here we thought all frogs wanted to be turned into handsome princes!

Tan shines a light on the darker aspects of humanity like cruelty, thoughtlessness, divisiveness, and greed because he wants to show that this isn't all that we are and we can strive for so much more. His work is considered sci-fi/fantasy because the scenarios themselves are 'unrealistic' like men turning into frogs or pigs that can survive even if you're hacking into them piece by piece over several weeks. But haven't you thought about what it would be like to walk away from all of your responsibilities and have someone else take care of you without any design or nefarious intention? What if you lived in a place where almost everything was industrialized and you were simply a cog in a giant machine slogging away in a factory hating your day to day? And what if the only bright point in your life happened at the end of your shift when you and your fellow employees climbed onto the back of the last surviving (ginormous) yak?  That seemed pretty believable up until that very last line didn't it? That's because there's a touch of reality mixed in with the absurd making this one of the loveliest things I've read in quite a while. If you've never read Tan before pick up Tales from the Inner City and then pick up everything else he's ever written because you'll be hooked. 10/10


What's Up Next: Dear Sister by Alison McGhee & illustrated by Joe Bluhm