Log in with Facebook
or
Wrong email address or username
Sign up
Already on BookLikes? Log in!
Incorrect verification code
Please, check your email, the code to access your BookLikes blog was sent to you already.
Enter code:
« Back Send
back to top
Search tags: harp 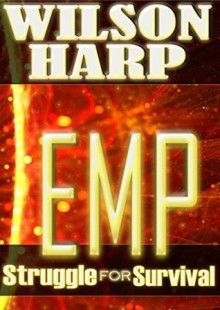 The first chapter of this one might have put me off, but the subject matter interested me enough to persevere.

The writing is fine, but it's a small town person dealing with depressing circumstances and I don't generally enjoy reading that sort of thing. Stephen King gets away with his small town introductory chapters because he fills them with nostalgia or something weird enough to get your attention. Most books that start like this just give me a character I don't want to read about.

However, from the second chapter it gets into the meat of the situation. A giant sunspot knocks out all electric technology and people in a small town are left to work out what has happened and what they should do about it.

I found the event itself very well depicted. I don't have the scientific knowledge to say if it was an accurate description, but it rang true from what I do know. The reactions various characters had to a changed world also came across as very plausible.

The problems I had with the story were mostly in dialogue. It didn't always flow realistically, mainly because people these days largely speak in contractions and they were used very sparingly. Also, towards the end of the story, the set up for the next book was very obvious.

I wasn't sure whether I would continue the series as I did enjoy the story, but I found I already have the second book on my Kindle. It must have been on free offer at some time. So, I've put it with the books to read soon so that the first story will be reasonably fresh in my mind when I start it. It will be interesting to see where it goes.

The ending of the first book did reach a transition in situation that made for a natural ending, not a cliffhanger, but like many series stories it left a few loose ends to follow up. 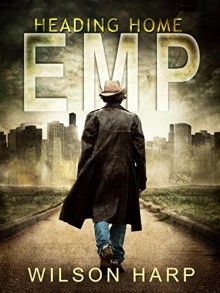 This second book in a series starts not too long after the first book ends. David still thinks about his wife and daughter in Chicago, sure in his heart that they must have survived, and after his mother dies, there is nothing to hold him in his home town. Things are running as smoothly as can be expected in the little town and he wants to come back, but he resolves to find his family and bring them back too.

His developing relationship with his old girlfriend, Anne, is a complication. He thinks she understands that he can't very well bring her along to help find his wife, but she doesn't want him to travel alone when there are dangers along the way from survivors who haven't been as organized as their town. Without giving away too many details, David begins his journey well supplied and with companions who can watch his back.

At first things seem far too easy, and it isn't until the last quarter of the book that their journey runs into serious hazards. It was at this point that I began to think that this book was going to be all about the journey and leave me having to buy a third book if I wanted to see how it would all come out. However, the story did come to an end with most things resolved, though one loose end could become a new story. In a way it seemed a little rushed at the end and it did start to lose me when a reaction to something didn't feel realistic, but over all I did enjoy the story, if not quite as much as the first book.

As a contribution to the Dystopian genre, I think the series has a lot to offer in dealing with details of how people might react and deal with surviving in a collapsed world. 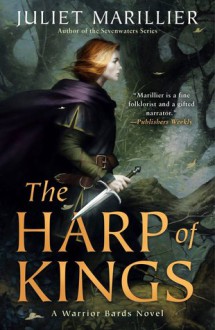 Enter a world of warriors and bards, of mortal kings and uncanny creatures in The Harp of Kings. Juliet Marillier’s writing has a lyricism to it that never fails to draw me in and I found myself spellbound by this story.

Since childhood Liobhan has wanted to become one of the elite Swan Island warriors. Now she and her brother Brocc have that opportunity. As trainees, they wouldn’t normally be sent out on missions, but their skills as bards make them the perfect spies when the mystical Harp of Kings is stolen. Alongside two senior warriors and a fellow trainee, Dau, Liobhan and Brocc make their way to the kingdom of Breifne. There they must suss out secrets from courtiers and druids, fend off royal bullies, and uncover the machinations of Otherworld beings, all while learning to become a team and strengthen their weak spots.

Liobhan is a heroine who is easy to like. She’s vibrant, skilled, loyal, kindhearted, and hardworking. She’s also young, vocal, and sometimes reckless when she follows her heart, but I liked that she wasn’t perfect and I could see how she will continue to grow over the course of the series. Brocc too is an endearing character. He’s quieter than his sister, more aware of his fears, but his talent as a bard is unparalleled. Brocc is unknowingly on a journey to come into his own and his path is one I’m still thinking on days after finishing this book (for reasons I won’t spoil). As for the third main character, Dau isn’t immediately loveable. He comes off as arrogant and is determined to win a spot on Swan Island at all costs. I knew there had to be more to him, and Ms. Marillier did not disappoint. I loved peeling back the layers of Dau’s character. He’s the most complex and wounded of the three and there were times his story brought tears to my eyes. Though each of the three main characters has a satisfying story arc in The Harp of Kings, I look forward to seeing how they mature and progress and how their relationships change in the next book.

The Harp of Kings is the first book in the Warrior Bards series and can easily be read as a standalone, but if you like Ms. Marillier’s Blackthorn & Grim trilogy you’ll be delighted to find out this series is set in the same world. I’m a huge Blackthorn & Grim fan, so I must confess that as soon as I read the character list in the beginning of the book and discovered that Liobhan and Brocc were Blackthorn and Grim’s children I was automatically invested in their fates. I loved the nods to the prior trilogy and even though I enjoyed The Harp of Kings on its own merits I still desperately hope we travel to Winterfalls in future Warrior Bards books.

The Harp of Kings has intrigue, fights, magical quests, and otherworldly action aplenty. The pages of the book practically flew by and I hated it whenever I had to put it down. I finished this story a well-satisfied reader, but there is a bittersweet quality to it that makes me hope the wait for the next book won’t be too long. 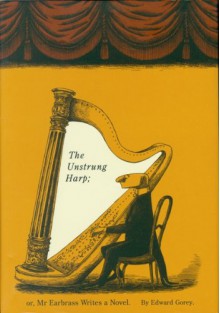 So as part of my ongoing Gorey-related nonfiction I am also going back and reading the books in the order they come up for discussion in Born to Be Posthumous, every time Dery talks about the influences on Gorey I fall down yet another rabbit hole. There are authors I wasn't familiar with, such as Firbank, I've requested something of his by ILL.

Then there's authors I only had a passing familiarity with such as Ivy Compton-Burnett (the name was familiar, but that's all) and Alison Lurie (a writer who had never much interested me, such that I gave to the library booksale a signed edition of Foreign Affairs, which now seems interesting, when I realize that she wrote The War Between the Tates, a novel which became The War of the Roses film, and which I loved in both original and adaptation. Oh, well, I couldn't possibly keep everything.)

So several days back I read this along with the other little random hardcover Gorey books I own. And then today, when Dery got up to it, I had to read it again, to see if I agreed with his analysis, which I don't quite, although I feel it is fair and valid, just overthought like much literary criticism. 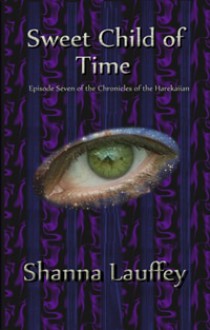 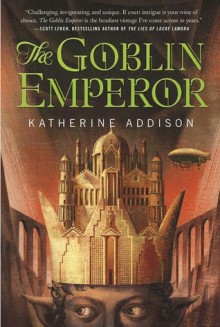 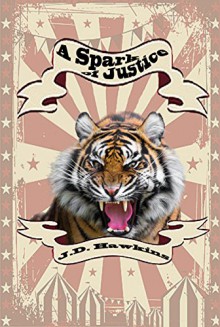 I'm surprised I actually finished one more this month than last. I've been out a lot and struggling for reading time. But, I finished these 4! All good, although the EMP sequel was a little slow in parts. Best read is either The Goblin Emperor or Sweet Child of Time, hard to choose between a goblin Fantasy and time travel, especially when I've invested so much of myself into this series.

I've plowed through my samples! Down to 84 now, despite constantly adding more. I'm hoping to have them cleared in the next couple of months.

It's been a good month for pure enjoyment of reading, when I've had the opportunity!