Log in with Facebook
or
Wrong email address or username
Sign up
Already on BookLikes? Log in!
Incorrect verification code
Please, check your email, the code to access your BookLikes blog was sent to you already.
Enter code:
« Back Send
back to top
Search tags: history-Ancient-World 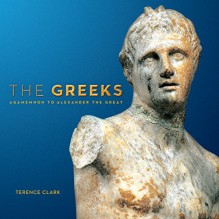 This is the small companion book to the exhibit of the same name. There is a larger, heavier, and costlier book. I saw the exhibit in Washington, DC at the National Geographic Museum.

This small companion book is a good remembrance of the show. You will not learn really anything more than the wonderful show tells you, but it does have lovely pictures. The show itself is worth going to, and includes some items that have never left Greece until the show. It does blend a bit of Hollywood in - for instance the 300 section is referring the movie, yet then the history is put front and center. 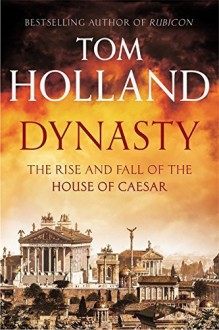 Sometimes I wish I Claudius was true, but then if it was, we wouldn't have nicely detailed books like this.

I highly recommend, you already have a general outline of the time because at points Holland jumps around a bit. I liked that, however, because it shows the relationships between different policies. 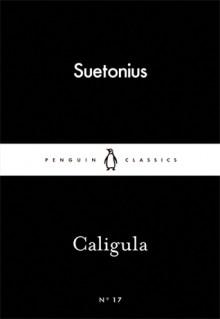 For me, Caligula will always be John Hurt dancing.  That scene, from I Claudius where Hurt prances in front of Derek Jacobi and two other politicos   that mini-series has influenced how I see Livia and Claudius.  So Caligula is John Hurt.

This Penguins Little Classic is Suetonius’ chronicle of Caligula, and thorough Suetonius’ history does rely on rumor and story, it is still a good read.  Even today, it still speaks largely to politics.   More importantly, Suetonius seems to be puzzled, as most people are, when looking at the two Caligulas – the good that everyone and the nut.  This is something that we still puzzle over today – Ben Carson seemed far more normal when he was a simple brain surgeon.  Now, well. 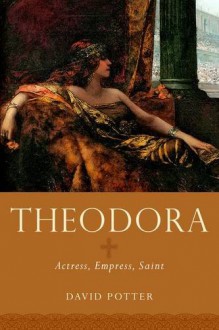 I first heard of Theodora when I was trying to find out information about Eastern Empresses after watching a mini-series about Charlemagne.  She wasn’t the Empress I was looking for, but she sure sounded interesting.  The problem with Theodora is that she is so far in the past that finding accurate sources about her is difficult.  The most famous is The Secret History by Procopius, but to say the author has issues with women would be accurate.

So it is to David Potter’s credit that he is able to draw an interesting picture and to make Theodora alive as any good biography of a modern subject.   Potter does draw upon Procopius but he is careful in his use of The Secret History and fully discusses its use as a source before moving into his biography.

It would be fair to say that one can only guess at Theodora’s motives for doing some of what she did, such as her shelter for other women actresses or prostitutes, but Potter does a good job of making his case by showcasing what life was like at the time.  In many ways, this ability to paint a time and place with words and accurate historical detail, without making the book dry as old paper.  Additionally, Potter is able to challenge Procopius’ portrait of Theodora without making the Empress into boring woman, unlike a biography of Lucrezia Borgia, which disproved the poisoning stories, but made Borgia into such a boring figure that I wished she had murdered someone.  Potter shows that Theodora was not the Empress slut that Procopius suggests/claims, but also makes her more fascinating because of what she actually did. 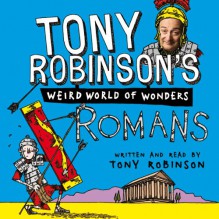 Love this history of the Romans.  Love!