Log in with Facebook
or
Wrong email address or username
Sign up
Already on BookLikes? Log in!
Incorrect verification code
Please, check your email, the code to access your BookLikes blog was sent to you already.
Enter code:
« Back Send
back to top
Search tags: feminist 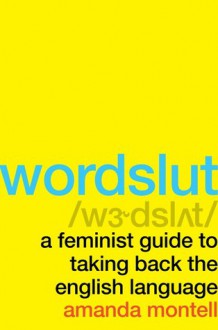 Well done! Witty, zippy, a strong emphasis on the value of actual research. Montell addresses many of the topics that make so many cranky these days: all the things that are primarily ascribed to women or girls, of course. A bit of intersectionality, although without losing focus on the core theme. A good overview of linguistics for those who aren't already familiar with the field.

I just read through thirteen pages of definitions and examples on Urban Dictionary, a staggering number seemingly by offended men, which fail to mention Solnit's essay "Men Explain Things To Me", or the first recorded appearance of the word on LiveJournal, and also fail to provide a usable definition or an appropriate example. One entry appeared to conflate "manspaining" with "manspreading". The irony, it burns. 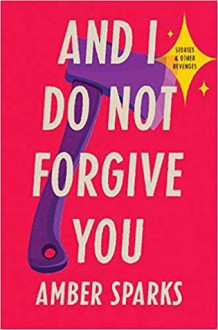 ***Disclaimer: I received a free copy of this book from Netgalley in exchange for an honest review. Thank you Netgalley!***

Add in the rampant, militant feminism that every male in the stories is a bad man, hurting women and doing terrible things and every woman needs to be avenged for the collective sins of men and I just couldn’t bear this book at all.

WARNING: Spoilers from here on out.

The one story that I enjoyed was about a couple who can’t stop thinking about the great amount of noise their upstairs neighbors make in the middle of the night. Are they moving bodies up there? Do they own ten Great Danes? Teach midnight tap dancing? Everyone who has had upstairs neighbors knows this feeling. So it was very relatable and fun. But then it was just over. The male of the couple goes upstairs to confront the neighbors about the noise and she just keeps waiting for him to come back, the end. Very abrupt and ended right in the middle of the resolution. This made it so forgettable that it took me ten minutes to remember the premise of this story when I sat down to write this review.

There were also some fact problems with this book. For example, the story about the Sabine women. I am familiar with the story and I am familiar with the varying interpretations of the story over the years. Basically soldiers from Rome invade the city of Sabine killing all the men and taking the women as war trophies to rape and force into marriage. It was a fine story but when the Roman soldiers invade Sabine the women cry out to the goddess Demeter for assistance. Why? Demeter is a fierce goddess to be sure and a great defender of women, but she’s also a Greek goddess. Five minutes on Google will tell you that Sabine was part of the Roman empire in, what is now, Italy. So why would they be crying out in anguish for a Greek goddess’ assistance? That made zero sense and took away from the story.

Also, none of the women actually have to take responsibility for their actions in these stories. Men are bad and women cannot have freedom or happiness until men are eradicated from the world. That’s the main premise of every story in the book. Even when you are living with someone who is obviously mentally ill, has proclaimed themselves a messiah and is planning a massive murder/suicide plot….just blame him for your decision to stay with him and complain that he just abandoned you for his delusions. Don’t try to intervene to get him help or anything, let him go along with his plan but bitch about it every step of the way because obviously he’s the bad guy. Where’s the accountability? Where’s the compassion to try and get someone who you love the help that they obviously need? No, he’s obviously the bad guy and the poor woman doesn’t have to take any accountability for her choices. This is just one example out of many.

Some of the stories even stretch plausibility to the breaking point to make men the bad guy. At one point a girl just randomly happens on the janitor from school abducting her friend and fights to free her. It didn’t fit the story at all and was so unexpected that I just couldn’t get there. I almost thought about abandoning the book at that point because it was nonsensical and only happened to make janitor guy a monster. Or the story about a historical woman who helped her husband achieve greatness while remaining in the darkness herself, despite being more accomplished. This should have been a fascinating story to tell. But instead we got two women joking over text messages about how religion is ridiculous and men are stupid. With almost those exact childish words. Really? I’m supposed to take these women seriously when you paint them as immature children?

At the end of the day I will have forgotten about this book by tomorrow because it was just that pointless. 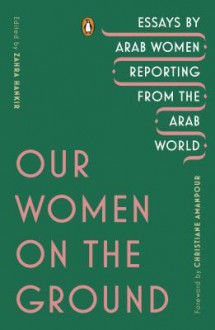 When Marie Colvin was murder, many people in the world mourned Yet, not to diminish her importance it should be noted that she was a Western journalist reporting on the Middle East. There had been and still are, Middle Eastern journalist who have been killed or imprisoned for the same reasons that Colvin was targeted. They do not get the same attention in the Western media for a variety of reasons: skin color, political viewpoint, and, perhaps least offensive, limited to no publication in Western media. Hankir’s collection does much to rectify that.

“An Orange Bra in Riyadh” by Donna Abu-Nas is in many ways the stellar standout in a group of stellar essays. In part this is because it deals with the changes in Saudi Arabia and how she experienced them as a working journalist, but also because it mentions the murder of Khashoggi. It also ensures that you never take little freedoms for granted again.

There are a few essays that deal with the death of fellow journalists – be they friends, husbands, or mentors. And these are particularly touching and powerful. But “On a Belated Encounter with Gender” by Lina Attalah is especially moving for it focuses on the issues of deciding to become a journalist in a family that is traditional.

The book is divided into sections, and of the course, the Exile section which deals with Syria is important to read simply because of perspective, but the essays also show case aspects of life that did not normally make it into Western news, presenting a more nuanced view of the area.

This collection of essays is highly recommended.

YA Feminist Horror with a wide range of sexual/racial/body type representation...can this please be a new fad because I LOVE IT.

This story was beautifully written. Every element of it. It was atmospheric, lyrical, thoughtful, edgy, bloody, and chillingly evocative. I can honestly say I've never read anything quite like it. Sawkill Girls covered so many things but I never once felt stretched thin by it. Legrand weaved this tale seamlessly together, much like a spider weaves a beautiful dew kissed web in the breaking light of day. It ensnares you and you can't help but admire the sheer beauty of it even as you're trapped in its sticky thrall awaiting inevitable doom.

I first found Legrand when I read Furyborn (book 1 of the Empirium trilogy) which I also loved. I had high hopes for this book when I picked it up, but I had no idea how vastly different they would ultimately be from one another, in the best possible way. There was an unexpected range to Legrand's storytelling I was not aware of before this. I can't wait to see what she comes up with next! Whatever it may be will be an auto-buy for me right off the jump. I don't even need a description, I'm officially a super fan and can't wait to be wowed again and again. 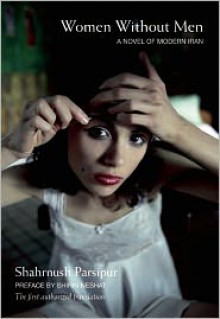 I'm behind on my reviews here because I need to add the books to the catalog.  But I re-read this one because my RL Book Club is doing it for Dec.

I first read this after seeing the Shiran Neshat show at the Hirshhorn in DC.  Honesty, go check out her work.  Neshat did a film of this novel.

This is magic realism and is about women in the world of Iran.  Even the one good man is actually more woman in a literary sense (he is a gardener).

It is a short novella, but it is about the feminine and knowledge.  It is lyrical.