Log in with Facebook
or
Wrong email address or username
Sign up
Already on BookLikes? Log in!
Incorrect verification code
Please, check your email, the code to access your BookLikes blog was sent to you already.
Enter code:
« Back Send
back to top
Search tags: new-adult-college 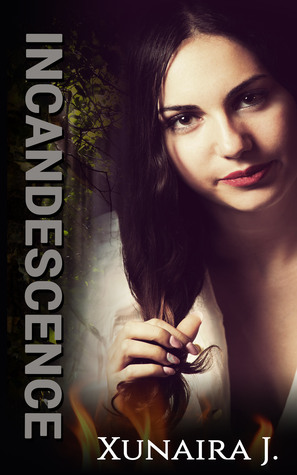 Blurb
CAN LOVE REALLY HEAL ALL WOUNDS?
Alisha had everything she ever wished for: a loving family, a career and friends who doted on her. But a late night at work, a cup of coffee, and a burning candle changed her life forever. Then Anis--a tall, dark, and handsome engineer, heir to his father's vast empire--walks back into her life. After a brief meeting a few years ago, she isn't sure he'll remember her. When he does, he wants to help her overcome her life-changing injuries. Has her accident scarred not only her skin, but also her soul? Incandescence is a story of love and friendship in the face of disaster, and one young woman's quest to make the most of her new life.

Incandescence takes place in Islamabad Pakistan with a trip to Canada and is about a beautiful young lady Alisha Khan and the undeniably good looking Anis Mughal. This story is about love, friendship and the bonds they create to help Alisha overcome what could be a devastating injury.For me it started off a little slow I had to get used to the authors writing style, since this takes place in Pakistan and the translation from that language to English at times I would need to re-read something but I caught on quickly and really ended up enjoying reading how things we think of something are thought differently by others. I also loved that the author used traditional words throughout the entire story some I knew from having friends around the world others I used the lovely tools on my kindle and learned many new things. Especially wedding traditions. Very interesting.I really fell in love with Anis and at times wanted to shake Alisha and tell her stop pushing him away girl this man loves you and wants nothing more than to take care of you. But then I also understood her need for independence and to overcome.Alisha graduated college and had started her own successful business which her best friend Sadaf and her husband Shahmir also helped her run, on one late night a tragedy befalls Alisha and she is seriously injured and left with some very deep scars. Physically, mentally and emotionally. Her family and friends are there for her, through it all, encouraging her, and helping her get back on her feet, back in the world, and supporting the decisions she makes. And then there is Anis, heir to his fathers hotel business and a very confident man. Good looking and falling for Alisha, even after what happens. In his eyes she is just as beautiful as she was the first time he met her. He see’s deep into her soul and the more they are together the deeper he falls.This is a story of tragedy, overcoming, friendship, family, strength and love. It was a really good book. Look past the difference in writing style, learn about another country, lifestyle and watch two amazing people fall in love. 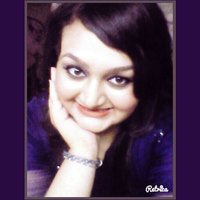 About the Author
As a thirteen year old teenager, Xunaira J. aspired to be an author someday. From short stories to novellas, she has written them all but as an adult now, she has published two short stories and is now aiming to publish her first Novel, Before Time, scheduled for November release. Xunaira resides in Islamabad, Pakistan and enjoys a hot cup of cappuccino, a good romance novel and her favorite music from the 80’s. Apart from that, when she’s not working on her current literary project, she loves developing mobile applications and studies as a software engineer.
Gene
Children's, Fiction, Contemporary
http://xunairaj.com/
XunairaJ I am a horrible person. I suppose that I should feel guilty about taking so much energy to rant about the horrible sh*t that went down in book 1 and book 2, when I'm about to majorly drop the ball on reviewing this book, which I actually did like.

It's not even that pointing out frustrations is more fun (oh who am I kidding; it can be), it's just that I still haven't had the time and/or desire to want to review much lately - even for books that made me happy.

The lead female actually used her brain more than once. I know! I couldn't believe it either, after being so disappointed with Marie and Sophie in previous books. Em was a little bit stronger, a little bit tougher, and a little bit sassier.She also knew when to walk the hell away from a situation that wasn't good for her. *applause*

Hunter wasn't a role model, and that was okay for this particular story. Even with the continuation of the kidnapping plot (which I am thoroughly sick of in MC books), I felt like we got to see an admittedly damaged man come into his own in a way which felt somewhat believable. Hunter had issues, but he KNEW he had issues. He KNEW he was a stalker. He KNEW that he had to get Em off the crazy train. How much better would most super-heavy-drama books be if the screwed up characters actually took some responsibility for their shit?

There was some great sexual tension, and much of it was fueled by Em. She already knew what being in the lifestyle meant and what the sacrifices would be, which made her acceptance of everything easier to digest than it had been with Marie and Sophie, who had gone along for the ride far too easily for my preference.

I know a lot of people didn't like this book as much as the first two, but I felt the writing and characters were stronger on every level. I would rather read something that makes sense and has true character development over reading something that has no entertainment value outside of a drama/shock factor. At least this time, I didn't feel like I was being lead around through a mad house only for the purpose of waiting for a halfway decent sex scene.

The bantering humor was a welcome addition. The sex wasn't as mind blowing as I would have liked, but the chemistry and timing was excellent, so the balance worked for me.

My only gripe : I was very put off by the author note at the end, almost "apologizing" for the NA character ages. I agree that NA has a bit of a stigma right now, but don't justify writing what what you want to write. It only fuels the stereotype of certain things being lesser than others. While I do feel that there's a lot of crap NA out there right now, it has not ONE thing to do with character ages, and more to do with cliched and bad writing. If your book is good, it's good, regardless of character age. If the fans can't see that, shake it off and continue writing your next adult book. Please don't make explanations for what you want to do. *soapbox off* I'm not sure what happened. I read Vain 2 or 3 weeks ago (don't even remember now) and UHHHHH...didn't review the thing?

I'm sure that I have quotes marked in my copy, but the distance of time has me super lazy to care enough to go pull them up.

Simplistic writing
Some minimal editing issues
Cringe-worthy start (almost DNF'ed) for the first few chapters (but I get the point the author was trying to make, so it's forgivable)
A character who unbelievably changed overnight (would have liked to have seen a slower change) from spoiled rich brat to empathetic, hard working, mature woman

Very readable
Tugs at the heartstrings
AWESOME, strong, HUMBLE, caring, male lead
Attention brought to a part of the world that westerners could stand to learn more about

The second half of this book was a powerhouse of emotion. Seeing a materialistic girl become a person who cared about orphans whose lives were ravaged by war and genocide took the typical YA/NA contemporary standard and threw it out the window.

While not perfect in execution, this story got the focus off of generic teen problems and took the reader to another place entirely. Even with the hiccups, I have to credit an A for effort. Quick story rundown : A college age girl is forced to keep her identity a secret because her father has another family somewhere out there. The guy she loved and lost (and hopes to love again) is now involved with someone else who has the potential to ruin the secret.

What does it say about me when others are hating the main character and I'm thinking that I was a lot like her at that age? Does that make me unlikable? Hah. Who knows?

Apparently, I had questionable morals and ethics as a young person. I would have gone for what I wanted too, and probably been even more ruthless about it.

The only thing that pissed me off about the story was Tess's motivation to keep quiet for so long. I would have blown everyone's secrets out of the water at the start of the book - because I'm ruthless like that.

Hey, it wasn't a great book or anything, but I thought the story was okay enough. It sucked less hard than most of the recent NA contemps I've read. If you hate most NA contemps, it's probably a crapshoot whether you'll like this or not. I see that a few trusted reviewers have rated One & Only higher than the average NA, so there's obviously something here which might appeal to people who are wary to read the category. If you like NA contemps, then I'd consider adding this book to your list, because I do think it's better than a lot of the standard offerings in the category at the moment.

Buddy Read with my friends at To Be Decided.