Log in with Facebook
or
Wrong email address or username
Sign up
Already on BookLikes? Log in!
Incorrect verification code
Please, check your email, the code to access your BookLikes blog was sent to you already.
Enter code:
« Back Send
back to top
Search tags: peter-gross 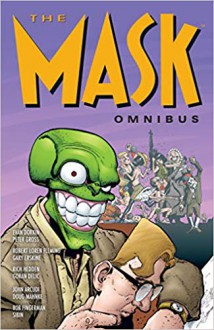 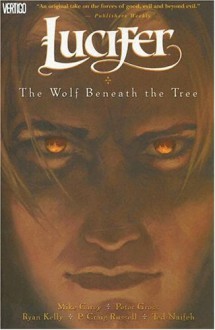 Hard to explain this.

The wolf wants to end all humans by poisoning the tree of life.

To stop that, Michael reluctantly work with Lucifer. Michael also has a daughter who wants to help.

Interesting but a bit bloody. Unnecessary so.

When supernatural beings act humans, this is the story we got on how they could use and misuse their powers. 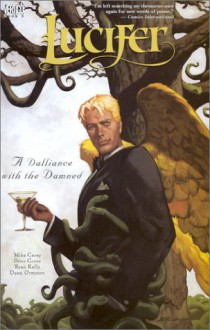 One of the most imaginative story is for Lucifer to experiment with humans by creating another Eden and put two humans in it and asked them to worship no one.

Which started out great. Two heterosexual humans found pleasure and company with each other. While the woman is fine with this, the man was tempted by the talking snake that told him that desire is a bad thing.

What's up with that? That's the Christian obsession with sex and contaminated it with guilt. Finally, the man suffered because he could not deal with his own internal conflict.

Lucifer is not surprised but he would continue to experiment with this.

Other story include the daughter of an angel and how she would like to meet Lucifer.

Another one is about a group of demons imitating high society.

Kind of fun to read. The graphic is good as well. 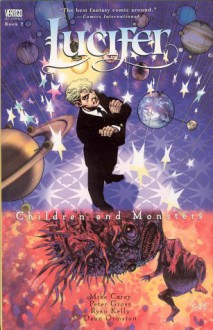 A new image of Lucifer from the mind of Neil Gaiman. This is a continuation of the series Sandman.

The story began when Lucifer is in the void with nothing except his wit. He got no weapon and has no cloth.

Then he found the Windowless castle that hold his wings.

He wants it back.

In the world, Lux being the center of strange attention because of the gate to the void.

Then there are monster who wants death because she was cursed.

The story is rich and the last one about the committee of Angels want to come down to LA and fight Lucifer.

It is better to be logical and interact with humans, instead of treating them like toys.

That what the Christian bible god did, playing with humans like toys. So careless.

The re imagination of Lucifer is fun.

Lucifer is went to the void through the gate to find his wings.

He faced some wicked gods and need to find the way to fight them with only his wit, as he is naked and has no weapon.

Of course he did it.

The story is interesting and the illustration is fine. Lucky to find this at all on sale.