Log in with Facebook
or
Wrong email address or username
Sign up
Already on BookLikes? Log in!
Incorrect verification code
Please, check your email, the code to access your BookLikes blog was sent to you already.
Enter code:
« Back Send
back to top
Search tags: remember-me 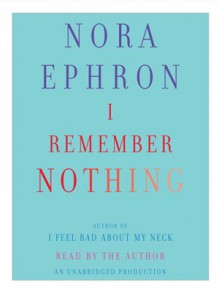 I Remember Nothing, by Nora Ephron, is a collection of twenty-three personal reflections that address the many aspects of aging with insight and wit.

The challenges of new technology, a failing memory and the passing of family members are poignant and relatable.

While the piece, Journalism – A Love Story, is a pocket history of the demise of the industry, it’s also a glory-days story, the kind we all love to tell about when we were in our prime and things were different–meaning better.

Other topics discussed include humorous personal peccadilloes and relationships; the temporary, the enduring, how some flourish with time, whiles others become unsustainable.

If you’re honest, and of a certain age, you’ll agree there’s not one good thing to be said about getting old, including admitting to it. In this short book, Nora Ephron faces it head-on and her courage and honesty are an inspiration to this aging reader/writer. 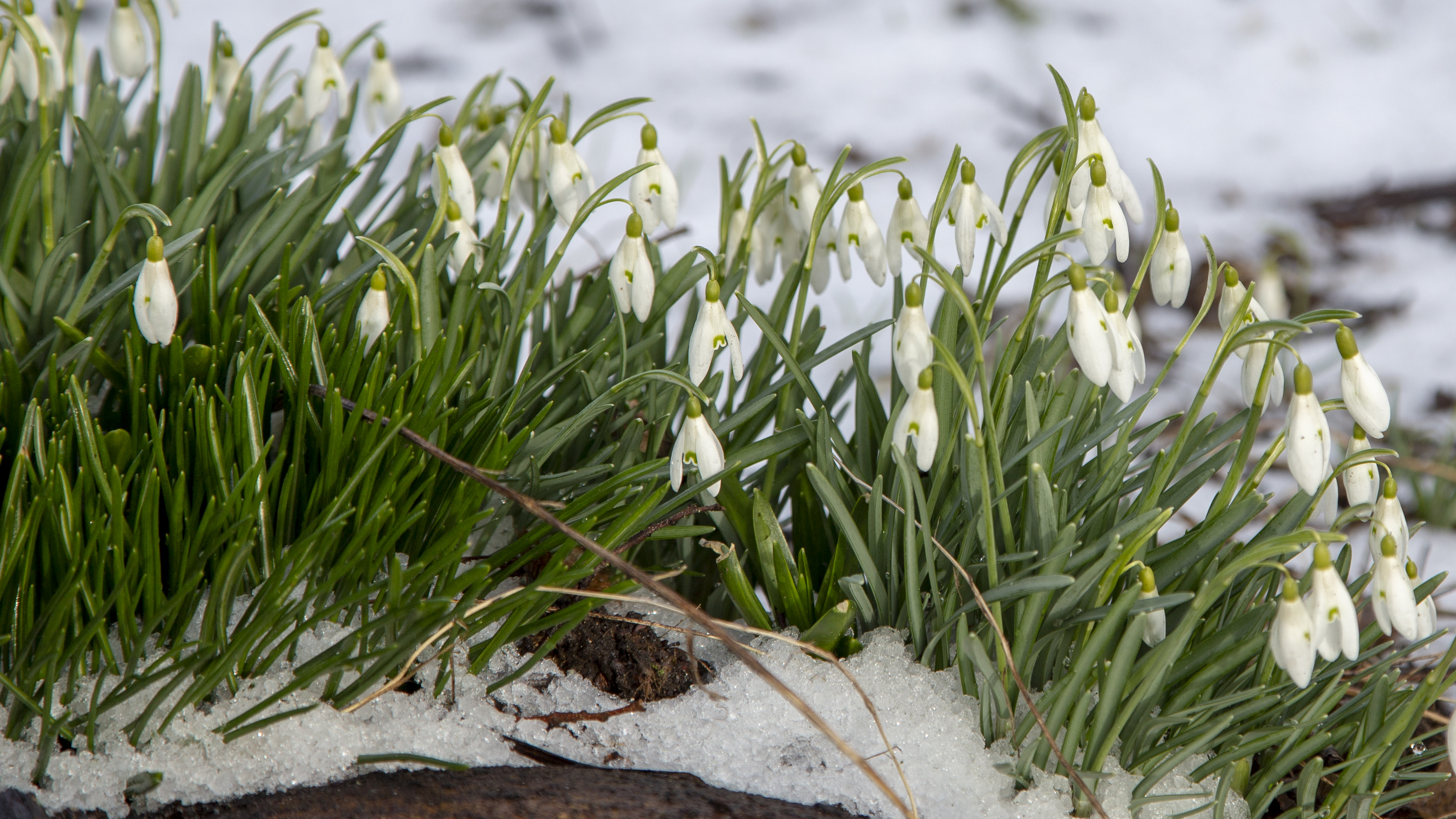 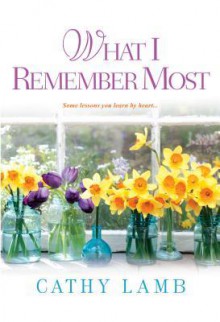 Trigger warning: Depicts incidents of physical abuse of a child

So this one was my least favorite out of my Cathy Lamb reading spree. I think the problem is that the main character (Grenadine) doesn't even sound similar to the headstrong girl and then young adult we hear about via CPS reports and then court proceedings. I think that Lamb didn't think that through enough when she set this up. She wanted I think to have a book about a wife in hiding from her soon to be ex and had a whole story about her past. It didn't help that we also get narratives from an unseen killer in this one and it doesn't take too long to figure out who this may be and why it's important to Grenadine. I also thought the romance was pretty meh. I also loathed, loathed Grenadine's temper and how she talked and threatened people. It wasn't funny or anything like that to me. There's also comments about how she gets grossed out thinking about a woman in that way, but she's fine with lesbians (yeah that happened...twice in this book). All in all I was glad to put this one away.

"What I Remember Most" follows Grenadine Scotch Wild who is in hiding from her husband Covey. Covey is apparently the head of a similar type Enron business and has tied Grenadine up in his financial shenanigans. Grenadine is trying to hide from Covey and also come up with money to pay her divorce attorney and her possible criminal attorney if the case goes to court. Grenadine has only $500 and her car and the art supplies she took. After being told no in several towns about possible work, Grenadine ends up in the town of Pineridge and gets work at the local bar/restaurant and then eventually at a furniture maker business as well. We also have Grenadine thinking often of the parents she recalls from her memories, but she never saw again after she was 7.

So Grenadine as a child was all spitfire. I loved the parts showing via other people (police reports, CPS reports, court proceedings) what a fighter she was. Your heart also breaks for her though when you find out how she split through the cracks and eventually was in one foster home after another. She holds onto her art (which seems to be mixed medium collages) through her childhood and adulthood and then marries Covey. This is where Lamb looses me though. We are shown how Grenadine has a good bullshit detector after what she has been though so the Covey thing made zero sense to me. Also I didn't like Grenadine much as an adult living in Pineridge. I thought she was nasty and her temper and remarks to men and women at the bar she was working got old after a while. People saying they come in to watch the show were gross too. How about the owner telling people from the start no harassment of her staff? I guess it was done to make us tee hee about it. I did not.

I also thought all of Grenadine's relationships were shallow. We just have her eventually meet Cleo and her daughter and then they are calling each other soul sisters. I don't even want to get into that nonsense plot with Cleo cause it didn't even work in the book. I forget though that Lamb always has to have some senseless tragedy though in her works.

Grenadine's love interest Kade was a no go for me. His backstory made zero sense, and the supposed attraction was lame.

We have the usual case of some of the women and men in this town being eccentric. The thing with the snake guy creeped me out and that's all I am saying about that.

The writing was okay. I liked the parts actually looking at Grenadine's past and the present stuff was boring. The narratives with the unseen killer could have been edited out.

The setting of Pineridge seemed like the typical Oregon town that Lamb likes to write about. Everyone knows each other and likes each other and they embrace the eccentricities of all. The police also totally turn a blind eye to crimes if you cook for them or give them pie. I seriously remember this as a thing that happened in "Julia's Chocolates" and something else I am blanking on too.

The ending didn't work for me. I just thought it didn't work. We have Grenadine acting out of character with regard to Covey (no confrontation or anything) and then we have the story go on too long with the reveal of what happened to Grenadine's parents. And then the book just kept going. 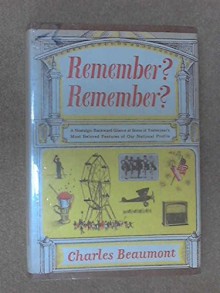 Described as 'mini obituaries for times gone past', Remember? Remember? by Charles Beaumont was exactly what I wanted it to be: Lots of fun. What I hadn't counted on was the excellent history lesson that I got as a bonus. This book is partly a history of life in America circa the early 20th century (nostalgic reminiscence being the preferred narrative lens) and partly a condemnation of letting this superior past be taken over by the clearly inferior pursuits of the present (1960s). His main concern seems to be that the adults of today's (1960s) generation have ruined the future of their children by doing away with the pleasures of yesteryear.

Examples of ruination include but are not limited to:

Conclusion: This was a fun (and surprisingly educational) book which has me looking forward to ferreting out more work of his in the (not too distant) future. 10/10

What's Up Next: Notes from a Small Island by Bill Bryson

What I'm Currently Reading: Adulthood is a Myth by Sarah Andersen 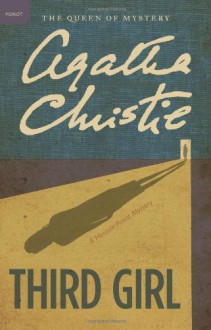 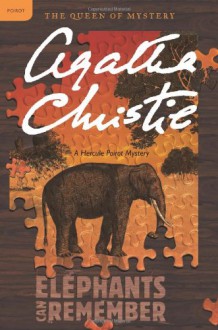 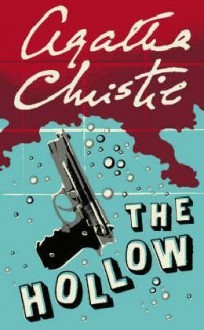 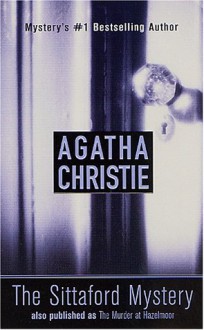 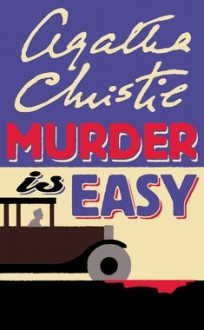 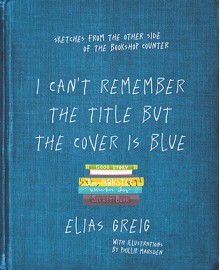 Definitely a bandwagon book; a riff on The Diary of a Bookseller that isn't nearly as good as the original.  But it wasn't bad, either.  A few of the entries were, I think, not only very Australian specific, but very micro-culturally specific to the pocket of Sydney where the bookshop is located.  I had to ask MT to clarify the meaning of a few phrases, and there were a few that stumped even him.  (An alternative explanation, as the author is a Ph.D student in Literature, is that the references were to very high brow titles that sailed over both our heads).

Most of the entires made me despair for humanity and civility in general, but there were some hilarious crackers.  One entry in particular made me laugh out loud until I teared up.  Unfortunately, the ratio of the funny/warn-hearted entries to just the 'eh' ones was not strong enough to bump my rating.  Not bad at all, but not a shining star either.