Log in with Facebook
or
Wrong email address or username
Sign up
Already on BookLikes? Log in!
Incorrect verification code
Please, check your email, the code to access your BookLikes blog was sent to you already.
Enter code:
« Back Send
back to top
Search tags: stephanieperkins 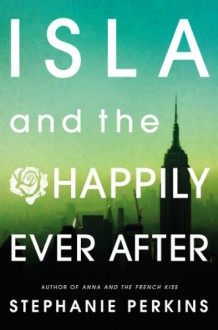 This was exactly what I needed after my kind of reading slump. This was a really beautiful story with a happy ending.

I liked the fact that we got a bit of the characters from the other books (Lola, Cricket, Anna…), this book is part of a trilogy but you do not really need to read all of them, but I totally recommend it because it is a great series.

Isla reminded me a lot of myself. She is really short (but actually still taller than me) and she got into a lot of situations that I could totally relate to. Like with Anna and the French Kiss, I really loved the fact that it took place in Paris and that the characters were going to places I’ve visited, just like their trip to Barcelona. It was also fun to read all these things about European teenagers who are different from American, it was really accurate.

The ending was absolutely beautiful; so many things happened that I was not expecting, it was cute and heartwarming. I definitely recommend this series. My theme for this month was second book in a series. I received this book for Christmas and I desperately needed a contemporary romance to take my mind off things. It totally worked and I ended up loving the book.

This is the second book in the Anna and the French kiss series, but you can totally read it even if you have not read the first one, as this book focuses on other characters. Nonetheless, you get a bit of Anna and St. Clair from the first book which was totally amazing, but you could read it without knowing them first.

Lola’s parents do not approve of her older rock star boyfriend Max (who is totally badass but kind of a jerk) and she is determined to show them he is the one until she starts wondering if he really is.

It was in all a cute coming-of-age story and I recommend it! 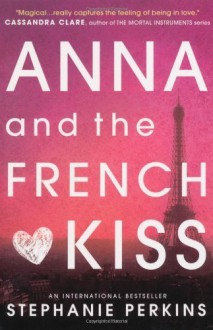 This book is really popular on Booktube and Goodreads and last time I ordered some books, it was kind of cheap so I decided to finally give it a try. I was not disappointed!

If you don’t know about this book, it’s the story of Anna, a girl from the States who is sent to study in Paris for one year. I started this book two days after my trip to Paris so it was even better; Anna was discovering many things about Paris that I had just seen the week-end before and it was even more magical. I love it when characters are going to places I’ve seen, which don’t often happen as I’m reading many books taking place in the USA and I’ve never been there (well, I’ve never left Europe actually…). It was so great being able to identify the places she was going to.

The story in itself is pretty basic: Anna makes some new friends and one of them is really hot, but the problem is, he has a girlfriend, but Anna kind of starts to fall for him anyway, and she knows it is bad, but she cannot help it. Really typical. But it is written in such a beautiful and simple way, you cannot help but fall in love with this book and its characters. It’s just a story of teenagers falling in love and learning about life and betrayals and disappointments etc.

Anna’s story is beautiful and heartwarming. I love every page of it and I can’t wait to read the other stories in this series. I really recommend this if you want something exotic (well, Paris may be exotic!) and beautiful.

Anna is looking forward to her senior year in Atlanta, where she has a great job, a loyal best friend, and a crush on the verge of becoming more. Which is why she is less than thrilled about being shipped off to boarding school in Paris--until she meets Étienne St. Clair. Smart, charming,beautiful, Étienne has it all...including a serious girlfriend.

But in the City of Light, wishes have a way of coming true. Will a year of romantic near-misses end with their long-awaited French kiss?

I have to be honest, when I first head about the Anna and the French Kiss series I wasn't interested at all! I'm definitely not usually the sort of person who gets into a soppy chick lit which is what I assumed this series was, I was totally wrong, this series is so much more than that. Yes, a main part of the story is about falling in love, teenage angst and romance but the way in which Stephanie Perkins wrote this book makes it feel like there are other things going on as well. These books are also incredible coming of age books, it deals with issues such as growing up and being terrified about the future, family problems, friendships and everything else a young person is thinking about in their last couple years of high school.

The series starts with Anna and the French Kiss where a young girl, Anna is sent to a boarding school in France for American Students, there she has to learn a new language, a new culture and meet new friends to try and fit it. The second and third books: Lola and the boy next door and Isla and the happily ever after, although you do not HAVE to read them in order, I feel like the books work so much better if read in the order of publication as the characters in the first books appear in the later books so you might get some spoilers if read in the opposite/alternative order.

The main thing I loved about these books, especially Anna  and the French Kiss was the Characters. Stephanie Perkins has created the most quirky, lovable characters who are also utterly relatable and I feel like I actually know. I couldn't book this book down due to the fact that I was so connected and invested in the characters lives and I NEEDED to know what happened to them.What I also loved about these books was that the city in which the book was set in, Paris, also felt like a character  to me, the descriptions Perkins uses to describe Paris creates a perfect picture in your mind which is so clear I felt as if I was there. Even weeks after reading this series I still feel nostalgic about Paris even though I haven't actually been there. I also enjoyed the mix of emotions this book gave me, one minute I would be crying with sadness, the next I would be crying with happiness, a few pages later I'd be snorting with laughing, a good book should make you feel and this book definetley did.

The only thing I did not like about these books is that from about half way through I knew everything was going to be alright with the characters due to the sort of books that these were, the happily ever after sort of books. This is the reason I don't usually read romance books due to finding them predictable however what I did like about these books was that I couldn't guess how the issues were going to be resolved so I was still gripping the book with anticipation at finding out how things were going to work.

Overall I LOVED this series, it is my favorite contemporary series of all time and I would recommend this to anyone who enjoys young adult romance, emotional books, anyone who enjoys a bit of quirky humour and anyone who wants to get fully invested into a new set of characters.