Log in with Facebook
or
Wrong email address or username
Sign up
Already on BookLikes? Log in!
Incorrect verification code
Please, check your email, the code to access your BookLikes blog was sent to you already.
Enter code:
« Back Send
back to top
Search tags: the-turner-series 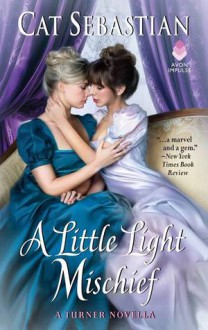 Turner and Fenwick are looking for the killer of prominent members of the dot.com set who have backers among the top politicians in Chicago.  While looking for that killer, there may also be a serial killer headed for Chicago to kill a cop.  Turner keeps getting gifts and messages but from whom?
I enjoyed this book.  Though this is part of a series, it can be read as a standalone.  I was able to follow the story and start piecing together the relationships but I have some questions so I will have to get the earlier books in the series to find the answers to my questions.  I liked Fenwick's sense of humor.  I loved that Turner's family is part of the story also.  The writing is well-rounded and kept me involved.
I'll definitely come back to this series and author.
murder mystery paul turner mystery series
Like Reblog Comment
show activity (+)

A scoundrel who lives in the shadows

Jack Turner grew up in the darkness of London's slums, born into a life of crime and willing to do anything to keep his belly full and his siblings safe. Now he uses the tricks and schemes of the underworld to help those who need the kind of assistance only a scoundrel can provide. His distrust of the nobility runs deep and his services do not extend to the gorgeous high-born soldier who personifies everything Jack will never be.

A soldier untarnished by vice

After the chaos of war, Oliver Rivington craves the safe predictability of a gentleman's life-one that doesn't include sparring with a ne'er-do-well who flouts the law at every turn. But Jack tempts Oliver like no other man has before. Soon his yearning for the unapologetic criminal is only matched by Jack's pleasure in watching his genteel polish crumble every time they're together.

Two men only meant for each other

I loved every moment of this historical romance between Jack and Oliver.

With a great plot and wonderful characters this romance is charming and moving.

I love a good opposites attract romance and this is great one.

I adored watching Jack and Oliver fall in love and find a way to make it work.

The rest of the cast is wonderful as well. Lawrence Browne, the Earl of Radnor, is mad. At least, that’s what he and most of the village believes. A brilliant scientist, he hides himself away in his family’s crumbling estate, unwilling to venture into the outside world. When an annoyingly handsome man arrives at Penkellis, claiming to be Lawrence’s new secretary, his carefully planned world is turned upside down.

Georgie Turner has made his life pretending to be anyone but himself. A swindler and con man, he can slip into an identity faster than he can change clothes. But when his long-dead conscience resurrects and a dangerous associate is out for blood, Georgie escapes to the wilds of Cornwall. Pretending to be a secretary should be easy, but he doesn’t expect that the only madness he finds is the one he has for the gorgeous earl.

Can they find forever in the wreckage of their lives?

Challenging each other at every turn, the two men soon give into the desire that threatens to overwhelm them. But with one man convinced he is at the very brink of madness and the other hiding his real identity, only true love can make this an affair to remember.

So much to adore about this frothy historical romance between a genius Earl and a con man.

I loved Georgie in the first book in this series and was thrilled to see him get the hero treatment here.

Laurence is my favorite kind of hero- gruffy, grumpy genius.

What I loved about this book is that the character growth and the falling love happens because these heroes slow down and really reflect on themselves and then they fall in love and lust.

We have a crumbling estate, a dog, a child, bumps in the night, experiments of all kinds but also a really fine discussion of mental health and its intersection with homosexuality (or not really), cruelty, genetics depression, anxiety.

And then Georgie's dire poverty and his criminal and ethical choices are just as interestedly engaged. The need for him to make a home of Lawerence child could have been more carefully explored but that is really a quibble.

The secondary cast (especially the dog who is pretty much a service animal without the name) is well drawn.

Georgie and Lawerence have a vibrant love story here. A treasure.