Log in with Facebook
or
Wrong email address or username
Sign up
Already on BookLikes? Log in!
Incorrect verification code
Please, check your email, the code to access your BookLikes blog was sent to you already.
Enter code:
« Back Send
back to top
Search tags: two-stars 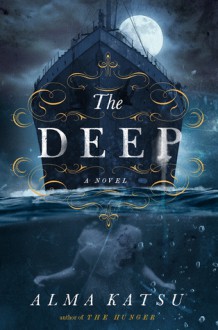 May 29
Hunny's little brother, Chika, pays a visit to the Host Club--and immediately starts attacking Hunny, using all his martial-arts prowess against his older brother! Chika seems to be the absolute opposite of his sweets-loving, Bun-Bun-toting sibling, but why is he so angry with Hunny? The Host Club is determined to find out the cause...

Review: I really enjoyed this volume . First the gang brought Koyo to the mall when he was half asleep then he ran into Haruhi stopped a seller from selling counterfeit art .Then Tamaki calls security for Koyo as a lost child.We meet Mori and Hunny brothers . Chika thinks Hunny is a alien cause he's always eating cake at night and Hunny and Chika fight and Hunny stills wins .Haruhi gets kidnapped by the all girls school the host club and Haruhi dad go to girls school to see what's going on . The play is going on and Haruhi isn't very good at singing and the girls found out the host club came to the school. The last part is a short story about the twins when they were kids their Nanny was planning on robbing the twins and she does they give her the code . Their mom asks the twins if they gave her the code so they cried they faked the tears .