Log in with Facebook
or
Wrong email address or username
Sign up
Already on BookLikes? Log in!
Incorrect verification code
Please, check your email, the code to access your BookLikes blog was sent to you already.
Enter code:
« Back Send
back to top
Search tags: use-some-sense 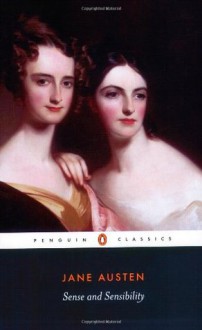 In my adult re-reading of Austen’s major works, I came to this one after having a lot of fun with Emma and Pride and Prejudice, and therefore with high expectations. It disappointed a bit, in part for reasons not embedded in the text at all—character portrayals from the 1995 movie kept intruding—in part because as it turns out, even with a master you can tell when you’re reading a debut novel, and in part due to certain elements that have not aged well.

Austen’s novels have a reputation for being romances, but interestingly, other than Pride and Prejudice and perhaps Persuasion, they aren’t at all, not in the sense of the plot being focused on and structured around a love story. Somehow this label seems to get stuck indiscriminately on classics by women that have weddings at the end; when Shakespeare did it we called them “comedies” instead. So I was surprised by how little we see, in this book, of Elinor and Marianne’s relationships with the men they wind up marrying: Elinor and Edward have fallen in love off-page before the book begins, and see each other rarely during its pages, while from an adult viewpoint it’s hard to argue that Marianne falls in love with Colonel Brandon at all. She seems rather to bow to the inevitable, having been through a devastating heartbreak once and with all her family pushing the match; creepily, Elinor refers twice to wanting her own sister to go to Colonel Brandon as a “reward” for his good behavior.

Instead, this book is a parable about the advantages of sense over “sensibility” (emotion and romance), with Elinor embodying the former and Marianne the latter. The narrator is always poking us to point out how Elinor manages to get what she wants while being polite, while Marianne only causes trouble by being impulsive and oblivious. The problem is that Elinor, our heroine, is tiresomely perfect and a wet blanket. In the abstract, I identify with many of Elinor’s traits, but in concrete terms I didn’t find much to like or relate to in this particular character: she’s just sort of carried along by the plot, without seeming to yearn for anything (except perhaps that guy she fell in love with beforehand, but then she’s not exactly doing anything to pursue the match). She’s no fun; she’s almost just an avatar of what a sensible young woman at the time was supposed to be. It’s telling as to the differences between our modern culture and Austen’s that in the book, it’s Marianne who needs to change; in the film, it’s Elinor.

Though the ending does seem to muddle this a bit. Elinor’s ending is a happy one only if we assume a deep and lasting romantic connection: otherwise she’s just stuck living in a cottage on a third of the income she previously told us she wanted, as a tenant of the wealthy man who becomes her younger sister’s husband. Marianne, meanwhile, winds up with the material advantages, including exactly the income she wanted. One wonders how each feels about her situation ten, twenty, thirty years in the future. It’s not nearly as clear-cut a happy ending as I remember from childhood, when all I noticed was the weddings and the fact that the sisters are still together.

The most disturbing part of the story, though, is the treatment of the two Elizas, characters we never meet but who nevertheless figure prominently. The elder Eliza is the great love of Brandon’s young life, which doesn’t stop him, when he comes back from fighting abroad and finds her in jail for debt with her illegitimate toddler, from considering the fact that she’s also dying to be a “consolation.” This is made more horrific by the fact that Brandon is the single most important person in Eliza’s life from childhood: she’s an orphan, he was her best friend and protector. Although Austen treats his reaction with approval, there’s something profoundly inhuman about this notion that she can never be redeemed even in the eyes of the person who has always loved her most, that the best she can do is cease to exist.

Because of that I can’t help wondering if a real man of that time period in Brandon’s position would actually have thought this way, or if this is simply Austen—who was presumably never in this position herself—projecting what others who have also never been in this position believed he should have felt. Or, hell, maybe Brandon himself didn’t actually feel that way, but is moralizing in retrospect about his own story because it’s the only way he can live with it. But at any rate, Elinor approves, which is hardly to her credit. She also approves Brandon’s subsequent decisions, which involve farming out the young orphan, the younger Eliza, to be raised by someone else, then being shocked when as a teenager and most likely feeling unloved and unwanted, she jumps into an ill-advised romance, and then banishing her to the countryside alone with her baby. One hopes that she manages to raise her own child with a more solid and loving foundation than the last two generations have had.

So it’s kind of hard to wrench my attention back from that situation to the social lives of Elinor and Marianne, though it does seem like Austen tempered the horrible fates of her “fallen women” in future books: Wickham, who seems like a later version of Willoughby, is just as much a seducer, but Georgiana escapes in time with no loss of reputation or her brother’s love, and Lydia is redeemed through marriage in the eyes of all but the most judgmental (who never liked her much anyway). In that sense, it’s strange that Wickham is perhaps drawn as more of a scoundrel than Willoughby, who regrets what he’s done to Marianne (though not Eliza), in a drunken confession that feels unusual for Austen and almost like wish-fulfillment. But Elinor pulls it back into the realm of the realistic with the astute observation that it’s easy for Willoughby to regret the consequences of decisions he’s already made; that doesn’t mean he’d actually have been happy with the alternative.

This book doesn’t flow quite as smoothly as some of Austen’s later works, but it is still engaging and a lot of the secondary characters are just plain fun to read about: John and his money-focused blindness, Mrs. Jennings with her bad manners but good heart. I did enjoy reading it, though not as much as some of her other work, which was written with a bit more experience and has aged better. Though frankly, anything over 200 years old that is at all enjoyable or says anything to anyone today has aged far better than most, and considering the state of the novel at the time Austen wrote this one, it’s quite an achievement. 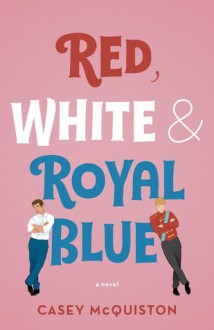 I'm going to make this short.

Okay Alex and Henry are adorable and I totally love them. They go back and forth just like me and the hubs.

The story just. Keeps. Going. Ffs it could have been wrapped up neatly well before it was. And the whole Richardson background story was way too cliche and easy to figure out. Because the book dragged on forever, I started to lose interest.

So, a good book but a bit slow and dull. 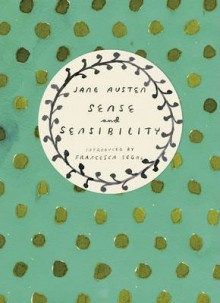 I struggled through the first 150 pages of the novel, but then I flew through the pages and I couldn´t put this book down.

And yet, this isn´t a favorite of mine. Simply because this is a soap opera with a lot of drama, horrible people, who are the worst gossips on earth, and ridiculous love entanglements.

I was actually dreading the worst towards the end of the novel and it didn´t end the way I was hoping it would end.

(I really didn´t get the Colonel Brandon/Marianne pairing or, for that matter, the one between Edward and Elinor. I´m a Colonel Brandon/Elinor fangirl all the way, at least in the book)

But I can live with the ending because of the incredibly well written last chapter.

And now it´s getting a little bit too ridiculous.

But still, I haven´t the faintest clue how this book is going to end.

The mere thought that

really bothers me. Keeping my fingers crossed for a different outcome.

Anyhow, let´s see how this will end.