Log in with Facebook
or
Wrong email address or username
Sign up
Already on BookLikes? Log in!
Incorrect verification code
Please, check your email, the code to access your BookLikes blog was sent to you already.
Enter code:
« Back Send
back to top
Search tags: ya-book I've just finished a chapter set in Hollywood in 1945 and I'm impressed.

The attention is on the obsessive pursuit of a successful actress, Mimi Harrison, who has a passion for Jane Austen, by a ruthless millionaire turned studio owner, Jack Leonard, whom she refuses to take to her bed.

I was fascinated to see how Jack, a man with an acute insight into the weaknesses of others but who avoids all introspection, and who is paying attention to Austen as a strategem for getting in Mimi's head, admires what he sees as Austen's attraction to bad boys.  Jack never reads Austen's novels. He has a screenwriter write treatments of 'Sense and Sensibility' for him and finds himself admiring Willoughby and wondering why Austen gave him such a happy ending. Jack, of course, is a 1940's version of Austen's bad boys, but with a twist He has Wickam's passions and Darcy's self-discipline, a frightening combination,

There's also a scene where the studio head pulls a Harvey Weinstein on Mimi, who fends him off. The contrast between his attempt at rape and Jack Leonard's patient but relentless hunt for submission turns Jack from bad guy to something more complicated.

I'm five chapters into this book and it's not at all what I'd expected (which I now realise was something glib and light and instantly comforting).

The scope is broad, the pace is measured and the tone is sombre, almost melancholy. Everyone's story is edged with grief or the threat of grief.

Austen is their common thread, their room of refuge and her flawed characters, passionate, stubborn, blind to their own needs or the needs of others, are valued companions all the more welcome because they are guaranteed a happy ending. 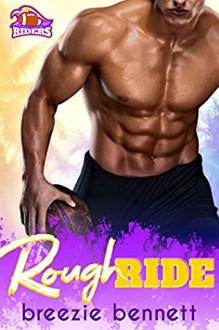 I won't spoil it for anyone  but the amount I love this book is amazing! The writing, the main character.  I just can't explain it in words( that's ironic). To this day, so many years after first reading it I still recommend it to people and gift it to friends or family members that want to read something a little deeper than the average Fiction story. If I lend out my copy and the borrower for whatever reason can't return it, this is one of the few books I will always rebuy if necessary!