Log in with Facebook
or
Wrong email address or username
Sign up
Already on BookLikes? Log in!
Incorrect verification code
Please, check your email, the code to access your BookLikes blog was sent to you already.
Enter code:
« Back Send
back to top
Search tags: 1920-nyc 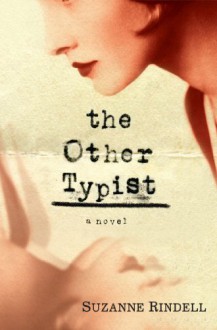 This intriguing story captures the tone of New York City in 1924 and has a great premise: Rose Baker, a young female stenographer works in a Manhattan police office, taking the confessions of witnesses and criminals. The arrival of glamourous and independent Odalie, 'the other typist' adds flavour to Rose's otherwise routine life; spicing it up with exotic characters at underground speakeasys/bars. Rose falls right into this lifestyle as her obsession with Odalie grows. But, who is Odalie and will her life irrevocably damage Rose's?

Rindell has a clean, concise writing style that is engaging. Rose's first person narrative is enticing in that you're not quite sure what's going on and what is going to happen. The mini-cliffhangers make for a page turner. There were a couple of plot lines that I thought were going to be the focus for the story, but they ended up not really developing.

What I loved: The style of the book that captures the stylistic feel of the 1920s, and the way Rose speaks and observes.

What I didn't love: The ending. I won't ruin it further except to say that I felt it was a bit too vague and easy to read in a number of ways -- hence the "WHAT?!?" rating.

Reviews compare 'The Other Typist' to "Hitchcock, with a flourish of Great Gatsby"; Patricia Highsmith and Gillian Flynn's 'Gone Girl.'

I might recommend this to lovers of psychological thrillers and book groups who like to lively discussions on open-ended finales - there are also book group discussion questions in the back.

I didn't realise until writing this post that this was made into a movie by the same title, in 2015 and stars Keira Knightley.

Favourite quote (this reference is to the telephone/landline telephone back in 1925):

"It is interesting to me how technology has in many ways facilitated and refine the practice of deception." 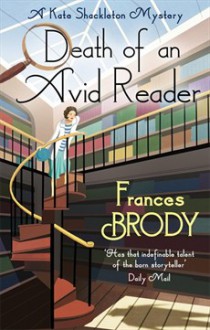 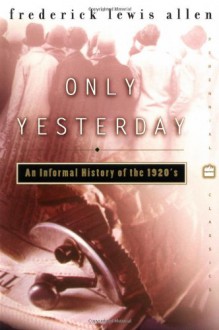 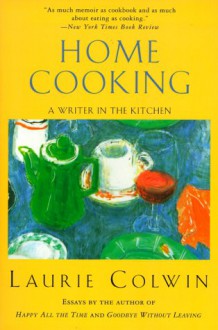 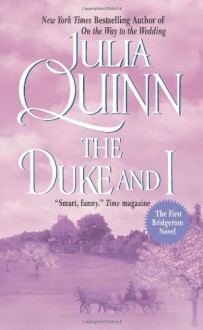 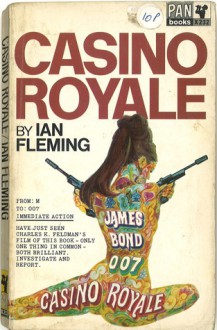 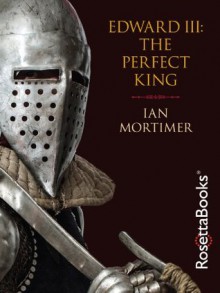 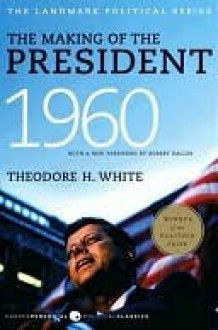 Currently $1.99: The Making of the President: 1960, by Theodore H. White.  Home Cooking, by Laurie Colwin.  Only Yesterday: An Informal History of the 1920s, by Frederick Lewis Allen.  The Duke and I, by Julia Quinn.

Currently $2.99: the James Bond novels, by Ian Fleming.  (It looked to me like all of them.)  Edward III: The Perfect King, by Ian Mortimer. 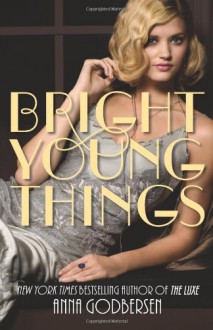 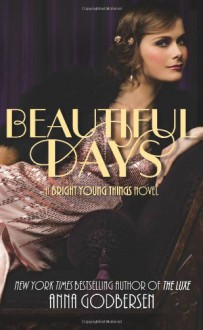 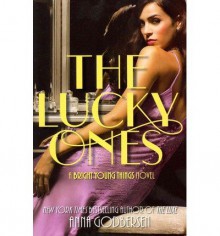 I've been horribly slacking on writing up reviews, even quickie short ones. But no more! I resolve to stop being lazy (well, sometimes it’s because I’m busy, but usually it’s pure laziness) and at least post my general thoughts and feelings on my reads. Pretty much the sole reason I made this account was so I can go back and remember my opinions on books because I have a horrible memory. I know some people who can give the most specific details about a book they read 10 years ago, but I forget main character names (even in books I absolutely loved) in a couple of months.

So, I’ll start off with a series I started and finished in the month of January – the Bright Young Things trilogy by Anna Godberson. This is a YA historical fiction series following three girls living in New York City in 1929. Books set in the 1920s are my historical fiction weakness. I love everything – the fashion, the flappers, the women’s liberation, prohibition, speakeasies, jazz – all of it. These books really transport you back in time. I felt like I was hanging out in these clubs, drinking sidecars and chain smoking and doing the Charleston. The descriptions are lovely and detailed but not too flowery. I loved that the author described the character’s outfits almost every time they changed – I love fashion through the ages, and it made each scene even more vivid.

The three main characters were all likable, but I didn't absolutely love any of them. Two of the girls ran away from home in Ohio to follow their dream of living in the Big Apple. One hopes to find her birth father, and another hopes to become a star. The third girl is a rich flapper, growing up on an estate, spending lots of money and also spending lots of time with her boyfriend. In true YA fashion, these girls all have problems and insecurities to work through, and sometimes you want to slap the them in the face. But I came to like all the girls and they all had a relatively happy ending, even with one of the main characters dying (not a spoiler – this is mentioned in like the second page of the first book).

I would have preferred a little more intensity with this trilogy. Some things that should have been major events were just brushed over, and most of things just fell into the girls’ laps a little too easily. I love the glitz and glamour of the 20s, but there was a lot of darkness to this time as well –the Wall Street crash, and bootleggers and mobsters, for example –and this series made everything a little too perfect. But I will say that when these girls screwed up (which they did pretty frequently) they did suffer the consequences and learn their lessons, which I appreciated. One thing that frustrates me about YA is the fact that the characters do the STUPIDEST things over and over and never learn from it. Not the case here.

If you like books set in the 1920s, Godberson’s “Luxe” series, or just books with pretty girls in pretty dresses on the cover, check these out. 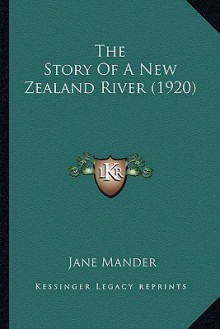 So I didn't forget about these, I just had a busy week :)

Jane (or Mary Jane) Mander wrote several novels in the early part of the 20th century, but she's mostly famous for one: The Story of a New Zealand River (1920) - Jane Mander. On the scale of "famous NZ women writers" she was in my childhood behind only Katherine Mansfield, and Ngaio Marsh, although she's dropped a little in the ranks in the last 30 years.

Story of a New Zealand River is one of the few on the NZ classics list that is out of copyright and therefore available to read/download. Internet Archive has several formats.

The story is about an English woman who is trying to come to terms with living in a pretty rough backwater logging settlement, a fairly common predicament for young women coming to NZ as brides in the late 1800's/early 1900's. And since I apparently am very bad at succinctly summarising novels, here is the Encyclopedia Brittanica version:

"contrasts the life of a cultivated, educated, lonely woman who maintains strict social and moral values in a frontier settlement with that of her uninhibited daughter, who finds employment in Australia and lives with her lover. It was one of the first significant novels to come out of New Zealand."

It's broadly similar to "The Piano" in premise, if very different in execution - but the influence is very easy to see! Mander having actually grown up in that environment, provides a certain authenticity that Campion's Piano doesn't have, however, and although it's not nearly so shocking or dramatic, in the end, I like 'Story' better. 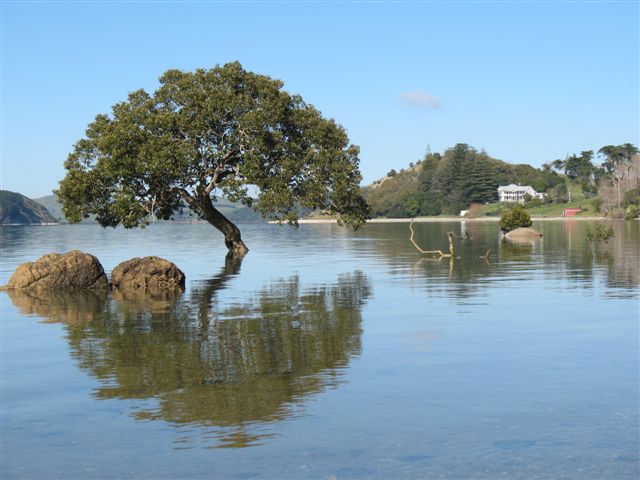 This book in particular, is quite dear to me, the river in the title is the Otamatea, which is the same river I grew up alongside, in fact we grew up some only about 20 miles apart (albeit 70 years apart at the same time). I went to some of the same schools Mander did, and one that she taught at as a student teacher. Quite a good deal of the book is about the Kauri logging industry, something I also grew up around, as my grandfather had been a Kauri woodsman before becoming a farmer. Above: The Otamatea river, looking south towards the village of Batley. Our farm was a couple more miles down the river, on the other side.

Left: I used to have a photo here of a Kauri log my grandfather helped pull in to the Matakohe Kauri Museum, a very long time ago, but it's gone missing. So here's one he didn't, but it's about the same size :) I used to spend a lot of time up at this museum when I was a kid - our tribal meeting house and family graveyard is almost next door, as is the chapel nearly everyone I knew was married in, christened in, or had funeral services held at.

Kauri are a hardwood tree native to NZ, that grow to enormous size. The trunks can be larger in volume than California Redwoods, although they don't grow as tall. Some of the very largest of these logs are several thousand years old, and felling them was a major industry in the north of New Zealand for several decades. They're semi-protected now. Oh and they produce copious amounts of sap which turns into the most gorgeous amber - amber collecting was another big industry in NZ a hundred years ago. If you click through to the museum you will see some really gorgeous examples - we call it "Kauri Gum".

Jane Mander bio from the Encyclopedia of New Zealand, 1966

Jane Mander bio from the newer Dictionary of New Zealand Biography, 2012 (it's interesting to read both and see the differences)

https://archive.org/details/storyanewzealan00mandgoog The book links again, in case you missed them up there :)