Log in with Facebook
or
Wrong email address or username
Sign up
Already on BookLikes? Log in!
Incorrect verification code
Please, check your email, the code to access your BookLikes blog was sent to you already.
Enter code:
« Back Send
back to top
Search tags: Anne-Gracie 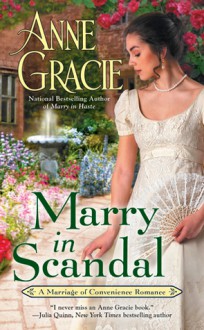 For my thoughts, comments, and quotes: Marry in Scandal Buddy Read

This started off promising for me but meandered in the middle and then had an ending that was full of pointless, annoying, quickly done with reveals.

He might be marrying in scandal, but she would marry in hope.

I can never stop from geeking out when the title is used in the story :)

“I can never be important to any one.”
“What is to prevent you?”
“Everything—my situation—my foolishness and awkwardness.”
—JANE AUSTEN, MANSFIELD PARK 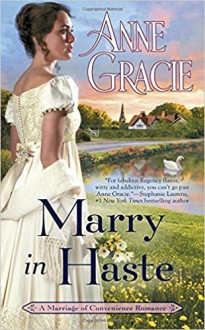 Share, if so inclined, what you’re eating, reading, or plans are for the weekend

Yummy and easy to make 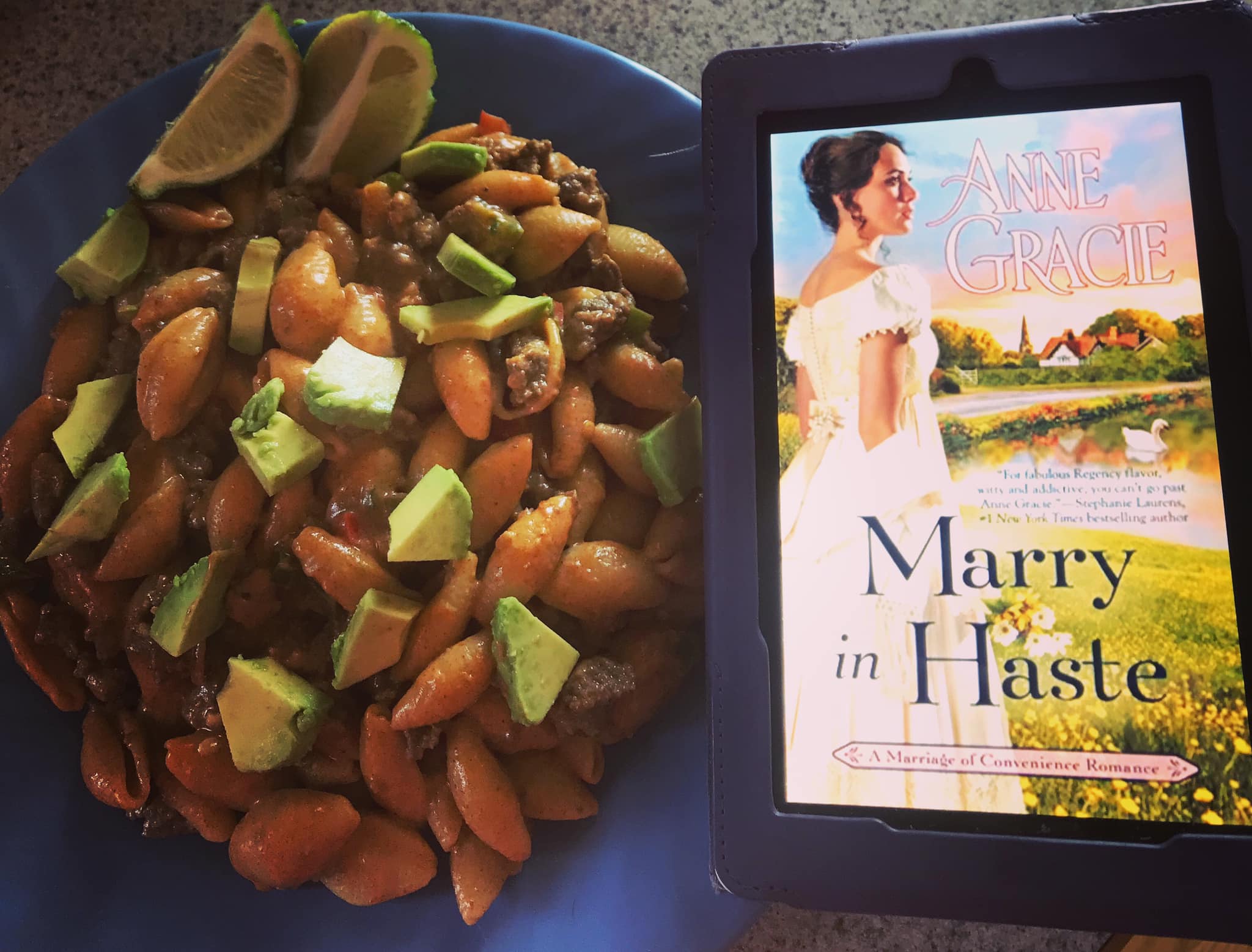 Major Calbourne Rutherford has returned home with the express purposes of seeing his two half-sister settled. Having become Lord Ashendon, while in the middle of trailing an assassin gives Cal very little time. When he realizes that the girls, Rose and Lily, are rather wild, he looks to their former teacher for assistance. Cal soon offers their former teacher, Miss Emmaline Westwood an unusual offer.

When Emm gets asked by Cal for her hand in marriage, she knows love will have nothing to do with it. When Rose and Lily were at her school, she was rather fond of them. It doesn't take Emm long to consider Cal's offer. But, she soon realizes that this will not simply be a marriage of convenience, at least on her part. Not only does Emm accept, but she begins to have powerful feelings for Cal. What's more is that she starts to see his shell begin to crack.

Marry in Haste is the first book in the Marriage of Convenience series. I truly enjoyed how this story developed. Not only do readers get to see Emm and Cal fall in love, and Cal is the typical historical romance hero in this type of tromp, hard on the outside, but there was a strong family atmosphere throughout.

As most romance stories entail, there will be at least one conflict, and this story had its fair share. Although part of a series, this could serve as a standalone, but having already read the next two, Marry in Scandal and Marry in Secret, I was able to see this family come together, with Emm, Rose and Lily all finding love. I look forward to their cousin, George's - as she prefers to be called - story. I found this to be a touching book, with a wonderful ending.
More posts
Your Dashboard view:
All Reviews Text Photo Quote Video URL Activities
Liked posts Top Tags
Press About Terms of Services Privacy Policy Contact Us Blog FAQ Patronaty medialne BookLikes for Authors Partners panel more...
Team Themes Docs API Blogs
Copyright © 2023 BookLikes