Log in with Facebook
or
Wrong email address or username
Sign up
Already on BookLikes? Log in!
Incorrect verification code
Please, check your email, the code to access your BookLikes blog was sent to you already.
Enter code:
« Back Send
back to top
Search tags: Best-of-2014 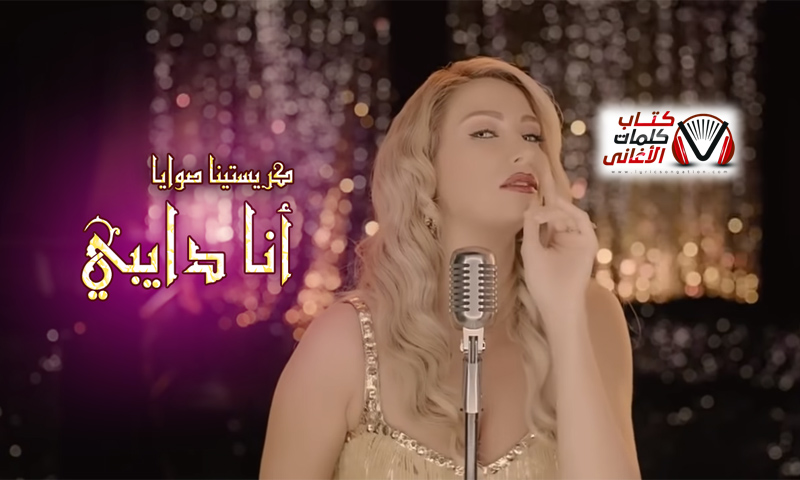 Good for having read this for free and second book half off.

Wow I cant believe it is the end of the year, this year went by way to fast. It has been a great year.

I would like to take a few seconds and thank everyone for following me, on Booklikes, GoodReads, Facebook or here on my blog. It is always great to meet and chat with friends who share the same interests. Also a huge thank you for those who helped me when I first started reviewing and blogging. There is so much to learn and I could not have done it without your help :) I made some great friends along the way and hope I will make more in the future . Thank you :)

December was a busy month and I didn't get near as many books to read as I usually do but that was to be expected with all the holidays and the kids being home ;) I'm sure I will get more in January. I dont have a goal yet but Im sure I will find something (hopefully) good to read.

Okay here is my round-up for December and as always you can find the buy links in the review.

After being left in the dark for all of her life, Maura’s father, Maxwell, has finally returned to reveal sinister family secrets Maura could never have dreamed possible—including his revelation that she is one of The Born. But his daughter soon discovers both he and her mother are keeping pieces of her reality hidden, still. As Maura struggles to unravel the mysteries surrounding her new existence and discover every piece of the cryptic puzzle, life appears intent on casting stumbling blocks across her path with every step forward.

Tragedy seems to stalk Maura, and those around her, as she stumbles along, altering the young changeling’s family, just when they have all come back together. The changes left in its wake could be for the better, or may threaten their existence, entirely.

With the arrival of Christmas comes the opportunity for Maura to draw close to everyone she loves—and finally reunite with Ron, her long-distance boyfriend. But permanence has always eluded her, and in her current state of flux this pattern endures, as fate seems intent on snapping the threads that bind her to those she holds most dear. Maxwell’s good intentions pave a road for Maura, littered with misery, while her mother, Caelyn’s, desire to shield her family from pain may tear her away from them, altogether. The perfect happiness in the young vampire’s grasp is so easily swept away and dragged under, out of reach. Can Maura erupt from the darkness and confusion to break the surface and find the life she’s always dreamed of?

In the midst of chaos, assistance materializes in the form of another of her kind—ephemerally beautiful, yet explosively volatile, this new vampire may prove capable of unlocking the puzzle-box Maxwell seems intent on securing from her sight. Maura will discover the darkest parts of herself in her quest to understand the being she is destined to become. Her newfound friend has some shady intentions of his own—such as thwarting the love that has grown between Maura and Ron. Following in the wake of the impulsive vampire’s misguided instruction may further pull a naive Maura down into the depths of ultimate despair, heartbreak…and even destruction.

“There would be no happy ending for us. He was too damaged. I was too broken.”

Two years ago, Lorrie’s mother was murdered. But that wasn’t the end of it. Reeling from the tragedy, Lorrie’s father spiraled into alcohol, depression, and finally suicide.

The two most important people in Lorrie’s life are both gone but she’s still alive.

Trying to recover from the tragedy, Lorrie returns to campus, ready to pick up the pieces of her life. All Lorrie wants is to get back to “normal.”

Then she meets Hunter. The man, the legend, “the Hammer.”

Hunter is a cage fighter who takes on every fight like he’s got nothing to lose. His life is a tangled mess of girls, booze, and fist fights. And while it may seem like he’s got a devil-may-care attitude, he’s fighting a private cage-match with a monster he can’t defeat.

Lorrie knows that Hunter is the exact type of guy she should stay away from, especially in her fragile state, but Hunter has other ideas.

As Hunter and Lorrie grow closer together, will they be able to overcome their pain and heal each other? Or will they both end up wrecked?

Under My Skin by Shawntelle Madison

Everyone wants to either be a member of the Guild or work for them. Little does the populace know that the Guild hides sinister secrets…

For Tate Sullivan, life in her small, coastal town is far from glamorous. The affluent lives of the Guild members and their servants isn’t something she has ever wanted. But all sixteen year-olds must take a simple test, and Tate’s result thrusts her into the Guild’s world, one where they hide horrible plans for those they select. Tate must fight the relentless General Dagon for control of her mind, body, and soul to keep the one precious thing she has always taken for granted: herself.

Her only ally is the same handsome boy she is pitted against in General Dagon’s deadly game. Quinn desires nothing more than to end the life of General Dagon who has taken over Tate’s mind. While romance blooms between Tate and Quinn, General Dagon plots to eventually take over Tate’s body, and love might end before it even begins.

Things are about to get Wicked in New Orleans.

Twenty-two year old Ivy Morgan isn’t your average college student. She, and others like her, know humans aren’t the only thing trolling the French Quarter for fun… and for food. Her duty to the Order is her life. After all, four years ago, she lost everything at the hands of the creatures she’d sworn to hunt, tearing her world and her heart apart.

Ren Owens is the last person Ivy expected to enter her rigidly controlled life. He’s six feet and three inches of temptation and swoon-inducing charm. With forest-green eyes and a smile that’s surely left a stream of broken hearts in its wake, he has an uncanny, almost unnatural ability to make her yearn for everything he has to offer. But letting him in is as dangerous as hunting the cold-blooded killers stalking the streets. Losing the boy she loved once before had nearly destroyed her, but the sparking tension that grows between them becomes impossible for Ivy to deny. Deep down, she wants… she needs more than what her duty demands of her, what her past has shaped for her.

But as Ivy grows closer to Ren, she realizes she’s not the only one carrying secrets that could shatter the frail bond between them. There’s something he’s not telling her, and one thing is for certain. She’s no longer sure what is more dangerous to her—the ancient beings threatening to take over the town or the man demanding to lay claim to her heart and her soul.

Following an anonymous tip left at her office, Mina Jewel begins investigating a bizarre string of random murders. When she finds herself under “The Surgeon’s” blades, she realizes there’s nothing random about the murders at all, and the crazed serial killer has bigger plans for Port Orchard, Washington.

Between a suffocating heatwave, her volatile dealings with Justice, and a difficult physical recovery, Mina’s gifts are going haywire. Without help, she’s afraid she’ll lose control and her Fury will burn everything in its path.

But there’s no time for recovery or fixing her personal problems. When the Surgeon targets Mina’s pack mates, a disturbing pattern begins to emerge. For their safety, the pack is sent away, and it’s up to Mina to stop the killer alone.

Just when she thinks she’s figured it out, her investigation takes her down a path she never imagined possible. A path leading to betrayal, cover-ups, and another piece of the puzzle of her traumatic childhood.

With shades of The Hunger Games, Ender’s Game, and Game of Thrones, debut author Pierce Brown’s genre-defying epic Red Rising hit the ground running and wasted no time becoming a sensation. Golden Son continues the stunning saga of Darrow, a rebel forged by tragedy, battling to lead his oppressed people to freedom from the overlords of a brutal elitist future built on lies. Now fully embedded among the Gold ruling class, Darrow continues his work to bring down Society from within. A life-or-death tale of vengeance with an unforgettable hero at its heart, Golden Son guarantees Pierce Brown’s continuing status as one of fiction’s most exciting new voices.

Born of a vampire father to a human mother, Elizabeth Bandores’ life was never going to be normal, so she can’t image why she thinks starting college will be any different.

Having grown up in the affluent Hollywood Hills of Los Angeles and desperate to escape, she decides on the small college town of Sage Springs. With dreams of being a writer, she joins the college newspaper and is introduced to blond, confident Flynn Matthews, Sage Springs’ rising swim star.

But a carnival has set up in the small town, and the boy running the Waltzer catches her eye. Dark-haired, leather-jacketed Riley is rude, with an air of danger. Elizabeth can’t help but notice him. And when an accident thrusts them together, she discovers he’s noticed her, too.

Sage Springs isn’t the quiet little town Elizabeth had hoped for. The forests bordering the town harbour a dark secret—one some of the residents have been trying to protect, and the leaders of the carnival have set in their sights…

Top Ten Tuesday is a weekly meme hosted by the lovely bloggers at The Broke and the Bookish.

In honor of the ending year and the upcoming new year, this week's topic is our top blogging (and life) goals for 2015.

We signed up for the 2015 Book Blog Discussion Post Challenge hosted by Nicole @ Feed Your Fiction Addiction and Shannon @ It Starts at Midnight.

To see our goals and the details for the challenge, see our post.

Also, it is not too late to sign up for yourself!