Log in with Facebook
or
Wrong email address or username
Sign up
Already on BookLikes? Log in!
Incorrect verification code
Please, check your email, the code to access your BookLikes blog was sent to you already.
Enter code:
« Back Send
back to top
Search tags: Black-Friday

url 2022-11-25 15:03
999 or Playing the Glass Bead Game with Pythagoras by Nataša Pantović #historicalfiction book is FREE in the {UK} and {US} market during the #BlackFriday2022 week. Get your copy of this new book NOW! Leave a Review in Return!

999 or Playing the Glass Bead Game with Pythagoras by Nataša Pantović #historicalfiction book is FREE in the {UK} and {US} market during the #BlackFriday2022 week. Get your copy of this new book NOW! Leave a Review in Return!

Here are all the local Amazon links I could find:

During the month of November 2022 for the occasion of #BlackFriday, we mark the festivals with free and almost free #books.

We Start with 2 free New Releases -

Spring (Book 1), Standing on the Banks Looking on by Rudolf Ragonesi

A Collection of Aphorisms in English

"Thoughts are the most spontaneous and intimate thing we possess, if indeed we can speak of possession rather than a glimpse of the 11 picture, seen through our eyes, that appears before us day to day. They are what make us who we are, as all that surrounds us pushes, drives, moulds and tests us, forming every fibre of our being. Certainly we are not our thoughts, but we come together when we choose to share them. These aphorisms cover the gamut of the human experience, with recurrent themes of love, liberty, the mind and character. “I hope you enjoy reading them as much as I have enjoyed penning them.” The Author 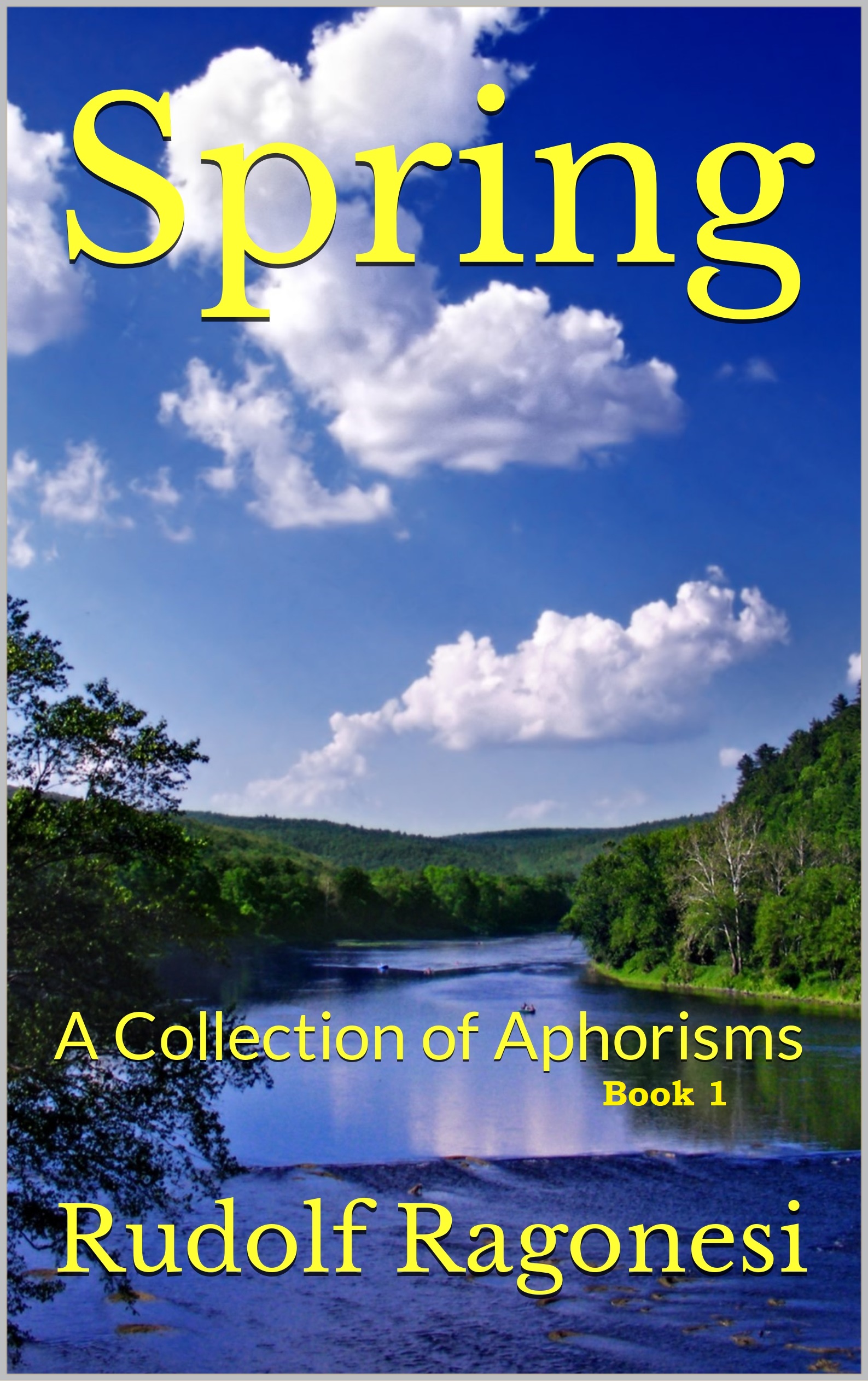 This year's Novel Launched! FREE for Black Friday, for your kind reviews. :) 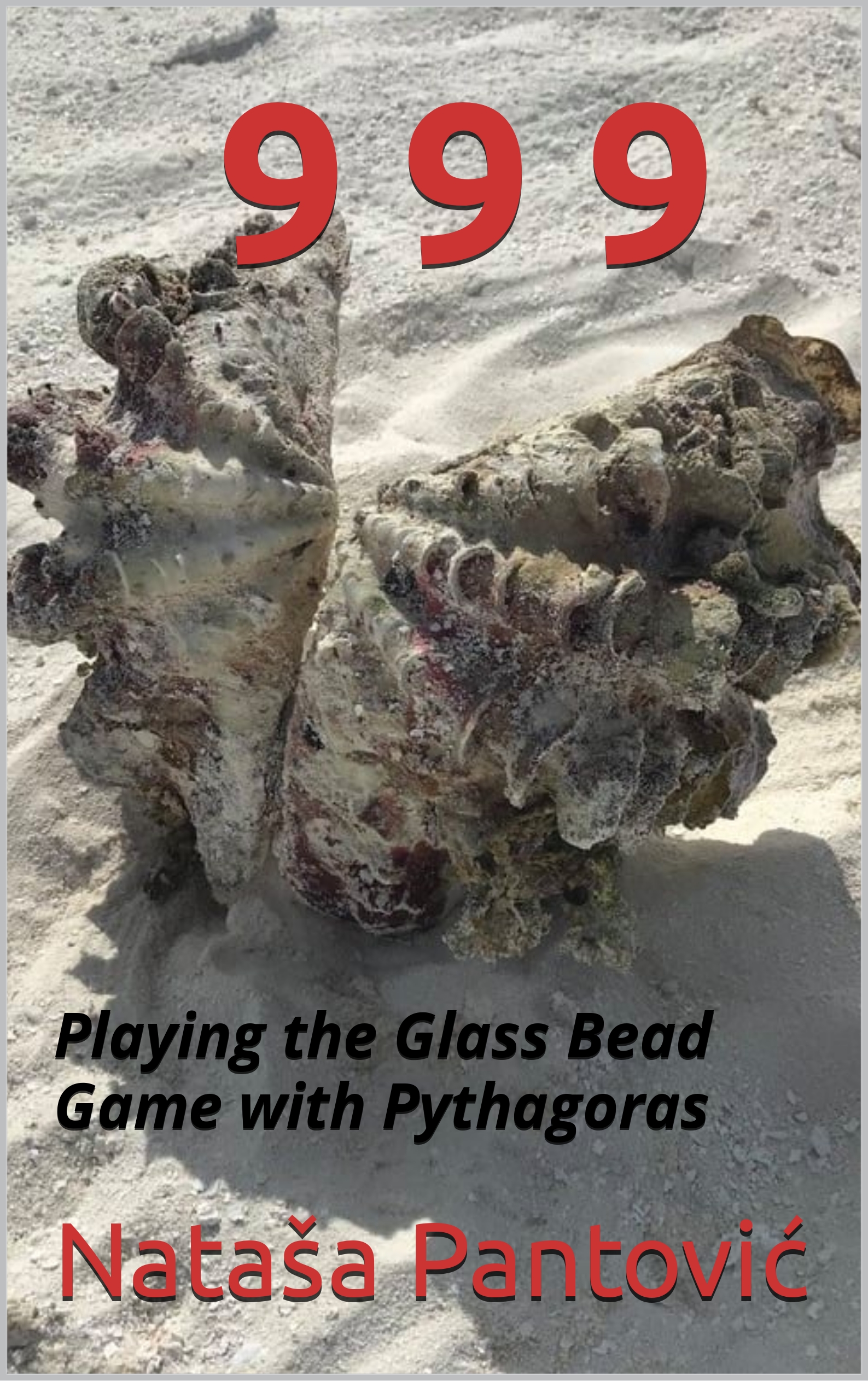 Learning from Ancient Worlds Mystics about creativity and creative thought. When East meets West in Platonism, Neo-Platonism, Pythagoras, and the Philosophers of Ancient Greece, seen through the art and mysticism of saints, scientists and sages, the likes of Leonardo da Vinci, Plato, Jung, Krishnamurti, or Aurobindo... The Universe's Micro and Macro Cosmos is at our feet searching to manifest as deeper knowledge and understanding of our little Self. Following the “goodness” and “democracy” story, we research the Ancient Europe's first civilizations dating back to 7,000 years ago, the culture of Danube, today's Balkan countries, Malta, Cyprus, Greece, etc.

Tree of Life a Journey into the Field of Dreams, set in Findhorn, UK

A-Ma or Playing the Glass Bead Game with Pythagorase, a Historical Fiction set in the 17th century Macau, China by Nataša Pantović

"The book explores the rapidly-growing Macao, its changing sights, sounds and smells from different perspectives, from that of a bat to a goddess to a spirit. Its miracle and its enigma are within the worlds of inner alchemy of the Age of Enlightenment.

or if you are from Macau - “A-Ma: Alchemy of Love”, uma narrativa passada em Macau sobre “a busca pela verdade”

Happy to share a good news with all the consciousness explorers... During the week of Black Friday from 24th to 27th of November we will have amazing 75% + discounts on our books. Enjoy exploring and leave a review if we manage to inspire you. <3

AoL publishes books, audio, and video materials in the areas of Ancient Worlds, Comparative Religion, Symbolism, Archaeology. We have published 44 titles with 8 authors in English, French and Italian...

FREE NEW RELEASES in an exchange for a review ;)

999: Playing the Glass Bead Game with Pythagoras by Nataša Pantović

Spring: Standing on the Banks Looking on (A Collection of Aphorisms) by Rudolf Ragonezi

Metaphysics of Sound: In Search of the Name of God or a Brief History of the World beyond the Usual.

This new novel contains a dialogue between two European cultures, Roman and Greek from an Ancient Slavic perspective, an intimate encounter of Balkan, its history and culture, a glimpse into the evolution of Ancient Egyptian’s, Ancient Maltese, Ancient Greek - Yonic and Slavic sounds.

A Brief History of the world Beyond the Usual (the subtitle of the book) contains the historical overview of the development of people, sounds and symbols as frequencies.

A metaphysical novel set in Findhorn, the UK, as a Journey into the Field of Dreams. The Tree of Life in various religious interpretations, within myths, and as a mystical concept represents the inter-connection of all life on our beautiful planet. A true adoption story venturing into Serbia, Africa, Ethiopia, Kenia, Malta.

Conscious Creativity: Ancient Europe's Mindfulness Meditations, AoL #7, by Nataša Pantović, Developing both Left and Right Brain could be essential for Creative Thinkers of our Future. To purify mind we start with the consciousness that energy follows thoughts and we use Quantum Physics Logic within Consciousness Research of Taoism following Yin and Yang Universe Manifestations to enter Creative Flow. Year: 2018, Format: Paperback, Size: 128 pages, 6" x 9"

"A bridge builder between East and West, following ancient archaeological findings, she often dives into historic settings more than 2,000 years back in time.

In her novel the 52-year-old author makes a bold swerve into less-travelled territory. She chooses for her protagonists Ama, an African priestess, living in China’s Macao in the 17th century; Ruben, a Portuguese Jesuit priest; and Fr Benedict, an Orthodox Christian.

The book explores the rapidly-growing Macao, its changing sights, sounds and smells from different perspectives, from that of a bat to a goddess to a spirit. Its miracle and its enigma are within the worlds of inner alchemy of the Age of Enlightenment.”