Log in with Facebook
or
Wrong email address or username
Sign up
Already on BookLikes? Log in!
Incorrect verification code
Please, check your email, the code to access your BookLikes blog was sent to you already.
Enter code:
« Back Send
back to top
Search tags: Claudia-Gray 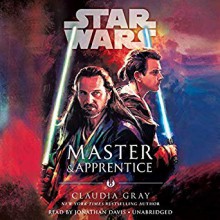 Qui-Gon Jinn and Obi-Wan Kenobi have been my favorite master/padawan pair since the prequels were released. I devoured the Master Apprentice series and this book is just an extension of that. In this novel we got to know their relationship a bit more intimately. It was fascinating that Qui-Gon was offered a position on the council as well as the fact that he believed he was failing Obi-Wan as a master. Seeing them go through turmoil once more was unexpected, but I suppose that was their relationship from the beginning to the very end. They clearly loved and respected one another, but they also butted heads frequently. Perhaps their love for one another was the reason they were in opposition so often.

This story was well done because it didn't lose anything from the Master Apprentice series and even though I knew the outcome would be Qui-Gon declining his invitation to join the council, which woulingd have meant hand Obi-Wan over to a new master, I still had no idea how it would all transpire. They were both disenchanted with one another throughout, but it was because they both cared. Qui-Gon saw his failings as a master and pondered whether or not he even deserved to be Obi's master. Obi-Wan felt his inadequacies as a padawan was the reason he learned about Qui-Gon's invitation from an outside source, rather than from his master. I think he believed that Qui-Gon was disappointed in him as an apprentice. Oh, and in the midst of all of this angst, there were flashbacks from Qui-Gon's time as Dooku's apprentice, and an entire plot of betrayal and murder involving a "backwater" planet's monarchy and their ascent into "modern" within the republic.

A very good addition the the JA canon and Jeff Davis did very well with the narration. He captured each characters voice and emotion in a believable way. Fun listen. 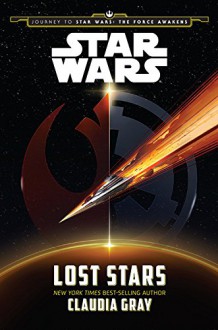 Book: Read a book involving a war, battle, or where characters are active military or veterans, or with poppies on the cover, or honor the ‘unknown soldier’ of your TBR and read the book that’s been there the longest.

The main characters eventually join the Imperial Navy and there are plenty of battles in the book. Noemi and Abel are enemies in an interstellar war, forced by chance to work together as they embark on a daring journey through the stars. Their efforts would end the fighting for good, but they're not without sacrifice. The stakes are even higher than either of them first realized, and the more time they spend together, the more they're forced to question everything they'd been taught was true.

Noemi is a soldier of Genesis. Abel is a mech prototype. Noemi is filled with hatred and prejudice for Earth and mechs. Abel is designed to be more than just a mech. They come from opposite worlds with opposite points of view. They will learn from each other and together become more than they ever were apart.

The is an epic story with rebels, space battles, prison breaks, and last-minute rescues. The themes include loyalty, love, environmental destruction, and what it means to be alive.

I was captivated by the story and the narration was excellent. I often listened late into the night because I couldn't put it down.

Recommended to: Fans of The Lunar Chronicles and epic sci-fi adventure stories.

Dear Powers That Be, this is my second or third petition entreating you to give Claudia Gray all the money and let her write all the Star Wars she wants to write, please and thank you.

I haven’t read any of Gray’s non-Star-Wars books yet. She writes YA when she’s not knocking Star Wars novels out of the park. I had trouble imagining that until I read this book. (Lost Stars is marketed as YA but didn’t feel very YA to me.)

This book feels very, very YA and it surprised the hell out of me.

In the beginning, Leia is a mopey, angsty sixteen-year-old politicking with the ease of long practice while her teenage hormones rage beneath her poised exterior. Basically, Gray took everyone’s favorite space princess and made her even more relatable, which I had no idea was even possible. (Surprise!) Leia feels neglected by her parents, she’s desperate to be noticed by them, she meets a boy she likes, and she struggles with her sense of self. It’s stock standard YA fare woven skillfully into an engaging tale of Leia learning to navigate the pitfalls of Imperial politics as she comes of age during the Rebellion’s tumultuous infancy.

Some of my favorite parts were the descriptions of Leia’s home life in the royal palace on Alderaan and her relationship with her adoptive parents, Bail and Breha. Bail gets most of the fanfare in the movies and novels, but let me tell you, Queen Breha is so badass she ought to eclipse him. Not to diminish Bail’s contributions to the galaxy far, far away, but they should be erecting statues of Breha too. Bigger, shinier statues.

Oh, and about Amilyn Holdo. We get to see her as a gangly, awkward teenager and she is basically Luna Lovegood. It explains SO. MUCH. I love her even more now.

I would have scored the book a solid 9 out of 10 until I got to the last line. Damn it, Claudia. That was a cheap shot. Minus one point. Feel free to earn it back with your next Star Wars novel, Master and Apprentice, a tale of Qui-Gon and Obi-Wan, now available for pre-order. Everybody go buy it so they keep giving Claudia Gray all the money to write all the Star Wars, please and thank you. 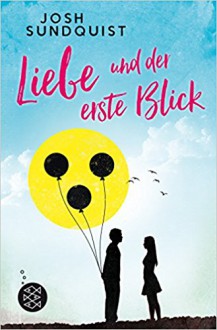