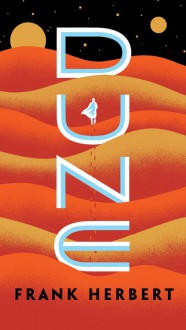 The masterpiece of science fiction and probably the best-known book of the genre to general audiences, is more the examination of humanity and the environment than technology.  Frank Herbert’s Dune changed the emphasis of the genre from technology to the future of humanity from beings to various facets of culture that shaped not only science fiction going forward to numerous other genres as well.

House Atreides is given the Imperial fief of the planet Arrakis by the Emperor after taking it from their long blood rivals House Harkonnen as part of a scheme by the Emperor and Harkonnen’s to take out the Atreides.  While Duke Leto and his staff attempt to prepare for the obvious trap they’ve been put in, his son Paul and his mother Lady Jessica must deal with the move as well as the growing powers of the former in the ways of the Bene Gesserit an all-female order that has been breeding for a male member for millennia.  The Imperially trained Doctor betrays the Atreides’ forces but gains revenge against the Harkonnens by setting up Paul and Jessica’s escape to the native Fremen society on Arrakis.  After gaining acceptance into a Fremen group, Paul finds himself apparently fulfilling their prophecy of their coming savior which he cultivates then attempts to tap down their fanaticism before it becomes a jihad across the universe.  Yet as Paul’s tactics and strategy leads the Fremen to victory and success in their war against the Harkonnens and he becomes further imbedded in their culture, he realizes the jihad is unavoidable.  The Emperor and the Baron Harkonnen along with numerous Great Houses brought to Arrakis by the powerful Space Guild attempt to put down the Fremen revolt only to be overwhelmed and conquered resulting in Paul becoming the new Emperor.

Herbert’s magnum opus is a quick, easy to read book that is belied by its size.  Turning away from tried and true subject of technology that had long dominated science fiction, Herbert focused on humanity, culture, societies, religious, and the environment in the far future.  The primary perspective in the novel is from Paul as a hero-savior who both successes and fails, his success is gaining revenge and bringing is new people to power is offset by his failure to stop the resulting fanaticism that will spread bloodshed across the universe in the future.  Yet Herbert’s style of writing in which he changes point-of-views and inner monologues from paragraph to paragraph on many pages is a bit too much at times.  Also the quickness of the narrative from beginning to end hurts the overall story as many subplots and a lot of characters not named Paul, though he isn’t immune, aren’t fully developed.  The book feels like a trilogy squeezed into a single book in which things are covered without much depth or explanation and the reader just has to accept it but leaves everything feeling hollow.

Frank Herbert’s Dune is a science fiction classic that after more than 50 years still stands up as a very good story.  Yet even though it covers a lot of material, there is no real depth in story or character development outside of its main protagonist.  While I no doubt reread this book in the future and enjoy it, it left me with no desire to read further into the franchise that Herbert wrote over several decades. 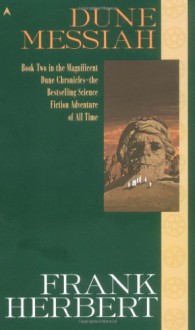 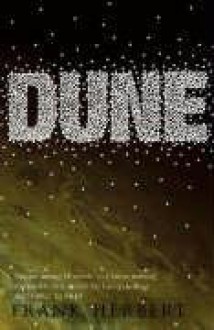 This is not the first time I've read Dune, but I haven't read any of the other books in the series. One interesting thing is that the author, Frank Herbert was a speechwriter in the '50s, so you see the behind the scene workings in the running of governments of the Dune universe.  Herbert won a Hugo award and the first Nebula award with Dune.

Dune is about a boy named Paul that is a son of Duke Leto Atreides, starting when the Duke is sent from his world of comfort to the barren desert world Arrakis, known for its melange, or spice, a drug that is coveted by the entire known kingdom of planets overseen by the Emperor Shaddam.  The spice is what makes the governments run and is what the Spacing Guild's navigators to safely route faster-than-light travel between planets.  It is said that "he that controls the spice controls the universe" and that is the aim of Duke Atreides.

With Herbert's political knowledge he writes a book about deceit, upheaval, sinister plots, and deal makings, sort of a futuristic "Game of Thrones".  Dune follows young Paul as a fifteen-year-old son of a Duke to an exiled Duke believed to be dead, to a Freman tribe member and then his rise to the fight for the throne.

I really liked this book.  Sometimes it gets a little long-winded but all in all, it is a good story that has held its greatness over time, with one movie, one mini-series, and a movie in planning stages if not yet already started filming.  If you love science fiction then this is a must read, but I imagine since it is almost 55 years old most science fiction readers have read it since it's been said this is the best selling science fiction novel in history.