Log in with Facebook
or
Wrong email address or username
Sign up
Already on BookLikes? Log in!
Incorrect verification code
Please, check your email, the code to access your BookLikes blog was sent to you already.
Enter code:
« Back Send
back to top
Search tags: Halloween-reading 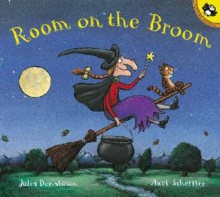 Room on the Broom

This is a great book to read during Halloween. This book is about a witching her cat flying on a broom when the witch loses three things. Three helpful animals find her things and then want a ride on the broom. But will there be room? This is great book to talk about predictions. Do you think everyone will fit on the witches broom? Synopsis: It is autumn 1981 when inconceivable horror comes to Blackeberg, a suburb in Sweden. The body of a teenager is found, emptied of blood, the murder rumored to be part of a ritual killing. Twelve-year-old Oskar is personally hoping that revenge has come at long last---revenge for the bullying he endures at school, day after day.

But the murder is not the most important thing on his mind. A new girl has moved in next door---a girl who has never seen a Rubik's Cube before, but who can solve it at once. There is something wrong with her, though, something odd. And she only comes out at night. . .

I'm a sucker for a good, scary vampire tale. Nothing makes me happier than getting involved in a long novel featuring numerous characters I can really relate to, only to come to a gruesome end via fangs to the neck. Does that make me sick? Maybe . . . but it's Halloween season, so it's okay. Let's face it: vampires are one of the most awesome tropes in all of horror entertainment. And, sadly, great vampire tales are pretty hard to come by. Let The Right One In filled the scary vampires quota for me for quite a while, though. It's a corker.

At first disarming and (admittedly) off-putting, this novel doesn't really get cooking until a little past the hundred page mark... but from there the author rarely lets up. Brutal murders and frightening sequences abound in this 472-page book filled with some of the most frightening bloodsuckers I've come across this side of Stephen King's 'Salem's Lot.

The main plot is the friendship between bullied loner Oskar and vampire girl Eli. Their friendship -- especially their nightly meet-ups and communication through the wall separating their apartments via morse code -- are among the story's most endearing elements. The friendship feels real, as does Oskar's reaction when he finally discovers his friend is a vampire.

The novel features about five main characters and three or four minor characters, all well-drawn and fully formed. Each character gets their time to shine and the reader is in completely on their thought processes and why they do what they do. The people this author has created become real. At times it felt like I was living in Stockholm and reading about dear friends.

There is really not a whole lot to say about this novel except this: read. it. It makes for excellent Halloween material since it's filled to the brim with some of the nastiest stuff I've come across in horror fiction in a long time. Once one gets past the plodding opening chapters he or she will find there is an engrossing story here waiting to unfold and wrap the reader in a hug... in the dead of night while the wind blows... I really enjoyed the first part of this story. I knew it was meant to be a Romance and was anticipating something along the lines of The Ghost and Mrs. Muir, then was pleasantly surprised to find an amusing story about a house full of ghosts with personality quirks that could have been a brilliant story.

Then I got to the second part where it suddenly changes from a comedy to a romance. This is where it all fell down. We are given a time jump and told that the protagonist has fallen in love with the ghost (I don't consider that a spoiler as it was the premise of the story), but given no idea how that developed. That should have been the crux of the story, but instead it's completely skipped over.

I finished the story despite this, in hopes that something would touch the romantic nature of my soul, but on that aspect, the story was a fail. I think it should be re-written as a comedy, because the author is good at that. 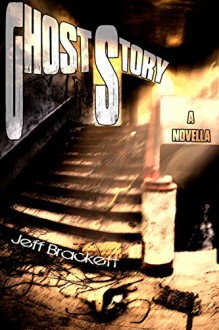