Log in with Facebook
or
Wrong email address or username
Sign up
Already on BookLikes? Log in!
Incorrect verification code
Please, check your email, the code to access your BookLikes blog was sent to you already.
Enter code:
« Back Send
back to top
Search tags: Horror-Aficionados

It took me a while to update, but decided that since my report finally went out (thank all the literary gods out there) I do some housekeeping today!

I have been having a blast reading for the Horror Aficionados 2019 A-Z Challenge. I think though I may have to change a few books out to fit the rules though. Just 7 books that I may have reads for to replace. I just need to go through my read books for the year again.

For the letters Q, X, Y and Z the book title does not need to START with these letters, but must contain them.

A- An American Marriage

E-Evidence of the Affair

J-J Is For Judgement

T-Three Girls and a Leading Man

U-Until You, by Judith McNaught (I actually have this on my shelf)

X-X Marks the Scot (Bad Boys of the Highlands #2) by Victoria Roberts (The cover was awesome LOL). 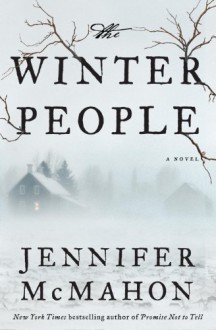 Sigh. Well this was an okay story, I only enjoyed the past time period in the book (the Sarah and Martin sections) and didn't like the present at all except for Ruth. The book fell down at the end too and I honestly didn't find this too scary.

"The Winter People" follows four people (Martin, Sara, Ruthie, and Katherine) in different time periods. Martin and Katherine's narratives are from the 1908 and Ruthie and Katherine are from the present day. The book focuses on all of their connections to a farm house in Vermont that is located near the so-called Devil's Hand. Why people would live near anything with the word devil in it is beyond me.

As often with different narratives in one book, there were only two that I liked in this one. Martin and Sara's. We get to see how hard their lives are back in the early 1900s and how Martin is scared that he is losing Sara after the death of their daughter. Sara's story takes a while to get going. I was bored through the first 20 percent of the book. Sara's narrative is pretty thin until she starts recounting her childhood and we see what losing her child, Gertie, is doing to her. Sara also weaves in talk of her Auntie (not her real aunt) who ended up raising her and providing food and love to her, her brother and sister, and her father. Sara hints at something terrible happening, but we don't find out until the very end of the book. I have to say that the reveal was a horrible letdown though. I had some thoughts on Auntie, but can't get into it without spoiling.

Ruthie's narrative is boring, but gets stronger as she realizes her mother is missing and she needs to be strong for her little sister Fawn. Katherine's narrative doesn't work and I also thought she was an idiot by the time the book ended.

McMahon decides to throw in a ridiculous character that really doesn't move things forward. I am just baffled she was included since there was so much already happening in this story.

The flow was up and down, jumping from person to person didn't really work. I think if we had the straight telling of Martin/Sara or at least Sara's told in chronological order it would have been a stronger book. Instead we had too much going on and not enough explanations until the very end.

The town of West Hall, Verrmont felt sparse, and most of the action was focused on the farmhouse. It made an interesting location, though I wish that it had been showcased a bit more. Make it more like the Overlook in "The Shining" and explain things a lot better. I am still confused on what made a winter person (it makes very little sense until you get to the end and even then I went, um okay...).

The ending was interesting. You get to see what path Ruth chooses that I had some issues with. Especially when we get Sara's narrative and we see what happened to her. And Katherine was a fool times infinity.

Don't you know every day is a read a book day!? *cough* unless I'm "procrastinating". Go read a book! I finished a book, so I successfully celebrated the holiday. lol

It is also funny that today is also "Fight Procrastination Day" (Success here, too, considering I finished my book!)

The book I finished today was Bad Moonlight by R.L. Stine for the Horror Aficionados Goodreads group: R L Stine Fear Street Challenge group buddy read. There aren't very many of us doing this buddy read. I'm sure we'd all like more fresh blood reading along. We've got books picked out for the rest of the year and are probably going to continue to read books next year. I'm always the one behind on the challenge, but I'm caught up now! 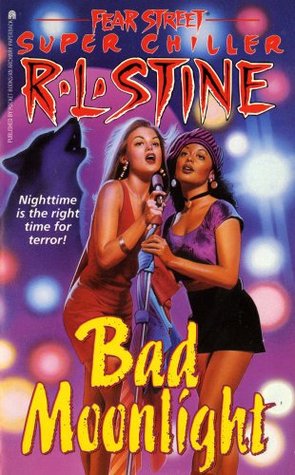 Other random holidays of today:

Interesting history of this day:

For some reason, I ended up looking up random things and here we are. You're welcome. 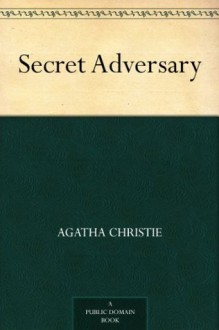 I haven't really focused on Christie's non-Poirot/Marple books. Last year I said j would read all of Christie's other books and I just got busy and lost interest. Now I'm ready to take a look at her other works. There's also a rereleased of a biography coming out soon about Christie that I can't wait to read.

"Secret Adversary" is flawed, but I enjoyed it. The plot gets down right ridiculous after a while and there's way too many coincidences to make the story work, but Tommy and Tuppence are great partners and it makes me think that this is what I wanted "The Thin Man" to be more like.

The characters of Tommy and Tuppence were fun. They were weirdly apart for most of the book, but still were totally in each other's corners. I did laugh at Christie saying how Tommy isn't attractive and Tuppence was just okay. And it's even said many times that Tommy is not that smart. She does love disparaging her creations, it's kind of funny to read a book where the main characters are not beautiful and the smartest things ever.

The secondary characters were sketched with broad strokes. We get a millionaire American that I felt was just a walking talking stereotype of an American. We get mysterious women and a mysterious man hell bent on wrecking England. I had a hard time swallowing this storyline in The Big Four and didn't buy it here either.

The writing takes a bit to get used to, but I didn't find it hard to understand the dialogue between characters. The flow didn't work though. Some scenes felt endless.

The setting of post war England shows that not everything is coming up roses. Tommy and Tuppence are both struggling to make ends meet and there frank conversation about marrying for money was funny, but also realistic.

The ending was rather sweet I thought. You have Tommy and Tuppence setting off together in more ways than one. Going to read book number two soon.

This book is available via public domain. I would say that the formatting drove me up the wall. I'm glad I got it for free, but now I'm wishing I just paid for a version.