Log in with Facebook
or
Wrong email address or username
Sign up
Already on BookLikes? Log in!
Incorrect verification code
Please, check your email, the code to access your BookLikes blog was sent to you already.
Enter code:
« Back Send
back to top
Search tags: Lisa 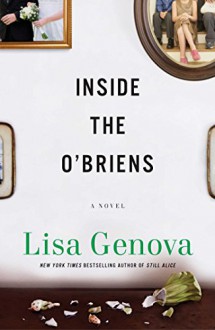 Joe is a Boston cop who learns he has Huntington's Disease, a hereditary disease that can be passed on to his children. This is how they deal with it.

I enjoyed this story. While the disease is serious, there is humor here as well. Joe and Rosie, his wife, do their best to raise their children to be responsible adults but there are bumps along the way. The family works together to learn about this disease and the aftermath of it. The kids do their best to help but they have to live their lives and make decisions made more difficult by Huntington's. I really like Katie, their youngest. She seems more involved than the rest of the kids.

Joe also thinks back on his mother and realizes what he was told and what he believed about her were not true and he has to reorganize his thoughts about her. His memories come as he works out his truth about her.

Skipp Sudduth does a fantastic job narrating this book. I felt like I was there in that home and family. I want to get more of his narrations. I also want to read more of Lisa Genova. She makes you feel that you are part of the story. 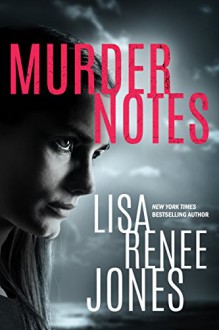 Ok, can we all say “cliff hanger”? Because this has a huge one. I do have the next in this series, so am not too upset, but wow, I would have been. I had a problem getting into the story, but once I passed the first couple of chapters, my interest peaked. This is a convoluted who done it, many paths and possible outcomes. If you have not read this, know at least one more book is a necessity and this is an intense read.

Lisa Stone is best known as the Co-founder of BlogHer. BlogHer helps content creators and bloggers to grow their brands. 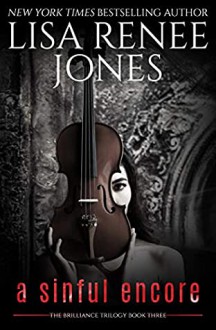 
Explosive comes to an intriguing end. A Sinful Encore will leave you breathless. Piece by piece Jones has kept us in suspense. Now she heads full throttle into the danger zone. Aria and Kace have reached the crescendo of their dance with romance. What they do for an encore is epic. The Brilliance Trilogy has been an emotional free fall that I can't wait to experience all over again. 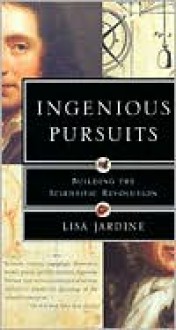 This is an interesting and intelligent book about the early Enlightenment, focused on England in the late 17th century. It is arranged topically and covers a number of subjects that were important to science at the time: astronomy; the invention of the microscope; architecture, relevant because of the math involved; scientific instruments and the improving of clocks so as to make meaningful measurements possible; anatomy; botany and the European craze for collecting specimens from around the world; medicine and the often dangerous remedies scientists tested on themselves (along with some experiments that were way ahead of their time, such as blood transfusion, which wasn’t particularly successful since it was attempted from animals to humans); the problem of how to measure longitude; the relationship between astronomy and cartography and consequent improvement in the accuracy of maps. It’s very readable, not as long as it appears due to a lot of illustrations, and definitely expanded my knowledge a bit.

The book is not a biography of anyone in particular (I came to it after The Age of Wonder and was a little disappointed in that at first, though admittedly, this one is appreciably shorter and probably contains more actual science history as a result). But it does spend some time with some of the biggest influences on the English science scene at the time, such as Newton, Hooke, and Halley, as well as paying attention to the context in which they worked. Discussion of some weird aspects of scientific culture at the time—such as the way some people would publish results in codes or anagrams so that they could later claim to have published first, while actually keeping their precious knowledge to themselves—was particularly interesting. The idea of scientific collaboration was new, and the German-born secretary of the Royal Society was even arrested for spying based on his scientific correspondence with foreigners.

I don’t love that this book, like most popular histories of science available in English, is very Anglo- and Eurocentric, and doesn’t acknowledge much contribution from anyone else. Also, despite being written by a woman, it has little to say about women in science—the one who is discussed, Maria Sibylla Merian, is presented as if she were an artist only. I also would have liked to see the book go more into depth on many of the topics and people discussed. That said, I learned from it and found it accessible. It is better and more comprehensive than the other books I’ve found on this time period.