Log in with Facebook
or
Wrong email address or username
Sign up
Already on BookLikes? Log in!
Incorrect verification code
Please, check your email, the code to access your BookLikes blog was sent to you already.
Enter code:
« Back Send
back to top
Search tags: Marc-Guggenheim 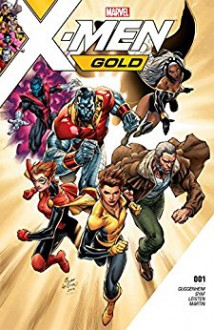 Maybe I'm just not into the X-Men, or maybe I'm disillusioned by Marvel's statements - about diversity in particular, by Marvel's Secret Empire stunt, or whatever.   This also didn't do it for me, and I miss the old team, the old favorites, and this didn't rise about that.

Also, so bizarre to see the political art stripped out, even if I was sideyeing it when I'd heard about it. 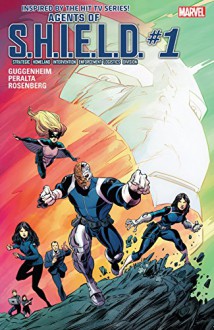 I'm calling it and using this for my amnesia square.  While it's only implied that they did something to Coulson and made him forget at the end, yup, that's the only way I'm seeing this happen right now.

I'm interested enough to keep on going in this series, though.  I'm rather enjoying the twists and turns, and the focus on the series and integrating it into the Marvel Universe.   It actually works quite well, to be honest, although I wasn't sure how it would pan out in the beginning.

There's banter that's reminiscent of the show, although it plays out more like it's in the comic book world and, in my opinion, brings together the best of these two worlds.   Simmons, Fitz, May, they all fit in quite nicely although I didn't buy Fitz getting May to say yes to a date.  (Still, I'm willing to give them the benefit of the doubt: either Fitz, May, or perhaps both, may be compromised, since apparently Coulson already is...)

Fun ride, and a good introduction to the comics for someone who's only into MCU to boot!

15.1 - While working on his autobiography with Foggy and Kirsten, Matt tells the story of two early cases, one of a man he was sure was guilty, and another battling Diablo.

The two under-experienced Daredevil tales show how far Matt has come as both a super hero and a lawyer. It did kill the momentum from the last story, though.

16 - To protect his loved ones, Daredevil tries to make a deal with the Kingpin! And he's found the Shroud's missing girlfriend.

Things are quickly boiling over. The pieces are all on the board. Kingpin! Ikari! The Shroud! The Owl! I don't see how Daredevil's life won't be in ruins again after this run.

17 - Ikari vs. Daredevil, one last time. If Matt winds, either Foggy or Kirsten dies!

Waid and Samnee have upped the tension to an unbearable level in this one. The Kingpin shows his true colors and The Shroud shows up just in time to shit on everyone's parade. I won't blame Daredevil for going back to his darker ways after this.

In their swan song, Mark Waid and Chris Samnee give us one of the most brutal fights I've ever seen as Daredevil and the Kingpin duke it out. Most of the loose ends are tied up and Matt's autobiography is due to be published.

Closing Thoughts: Over the course of his run, Mark Waid has taken a character many of us dismiss as a poor man's Batman or Spider-Man and made him one of my favorite Marvel characters, giving him an identity of his own and playing up his uniqueness. His run on Daredevil is up there with Hawkeye as one of the best super hero comics of the past ten years. 4.5 out of 5 stars. 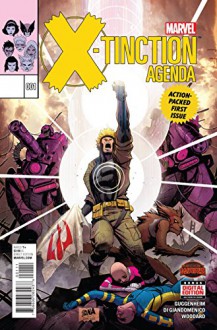 This is only okay: it's a retelling of an old idea, revamped as a Battleworld story.   The art was very bizarre, not quite the original, and not quite up to the original's standards.

The storyline was okay, but didn't engage me as much as I'd hoped.  I did quite enjoy seeing the characters in this new situation, however, so there was that. 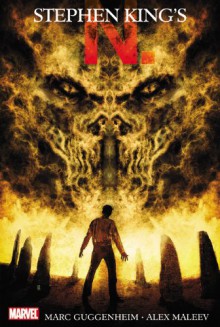 Ackerman’s Field. It should be a peaceful place of Nature, to sit and enjoy the view, have a picnic or toss a Frisbee about. But no. What is it about this particular place and why does it affect some people and not others? Real or delusions? Who’s brave enough to find out?

Well, this isn’t creepy at all. <insert facetious font> I don’t read Stephen King. Ever. Or watch movies (except for the bits and pieces I’ve accidentally seen over the years)  adapted from his books. Because heebie jeebies. But when I saw a graphic novel adapted from one of his short stories I thought to myself: “Self, this might be doable.” So I picked it up. The artwork is awesome. Very chilling. The story itself is eerie. I’m a bit confused by the ending, but overall this would be a decent addition to any horror aficionado’s repertoire. Especially one who likes graphic novels.