Log in with Facebook
or
Wrong email address or username
Sign up
Already on BookLikes? Log in!
Incorrect verification code
Please, check your email, the code to access your BookLikes blog was sent to you already.
Enter code:
« Back Send
back to top
Search tags: Norse-Gods 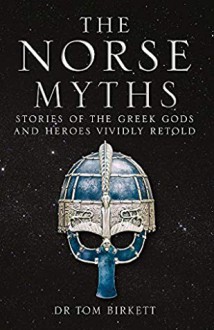 TITLE:  The Norse Myths:  Stories of the Norse Gods and Heroes Vividly Retold

"The great Norse Myths are among the most dramatic and unforgettable stories in all human history. These fascinating, fantastical tales have inspired centuries of art, culture and literature, including the storytelling of Tolkien, Neil Gaiman, George RR Martin's Game of Thrones, Wagner's Ring Cycle and Marvel Comics.

The Norse Myths takes us on a thrilling journey through the Norse cosmos, from the creation of the world to Ragnarok, the final world-destroying conflict; via the Nine Worlds, and the exploits of the mighty gods and goddesses - mystical Odin, malicious Loki, mighty Thor and more - and their quarrel with the giants.

Bringing to life the magical world of monsters and mythical creatures, this also introduces the adventures of humankind: folk heroes and tricksters; Sigmund's great battle in the Volsung Saga; the exploits of Kings and Princes; and Viking exploration and settlement of new lands including Iceland, Greenland, America, and Viking life in the Mediterranean and the East.

As well as a treasure trove of these epic stories of heroism and cruelty, squabbles and seductions, The Norse Myths is a comprehensive study of their origins, survival and interpretations - as academically important as it is exhilarating."

This is a fun, introductory, romp through Norse mythology, legends, sagas and histories.  The usual stories involving the various gods, goddesses, giants and whatnots are included.  In addition, a collection of Scandinavian legends, sagas and historical narratives are included:  the extended story of Sigurd and the Volsungs; legends of Ragnar Lodbrok, Starkad, Hervor & Heidrek, Egil Skallagrimsson; Viking explorations of the North Atlantic, the discovery of Iceland, Greenland and Vinland; expeditions to the Baltic, Russia, Constantinople and the Mediterranean; and historical summaries of the more memorable Scandinavian kings. 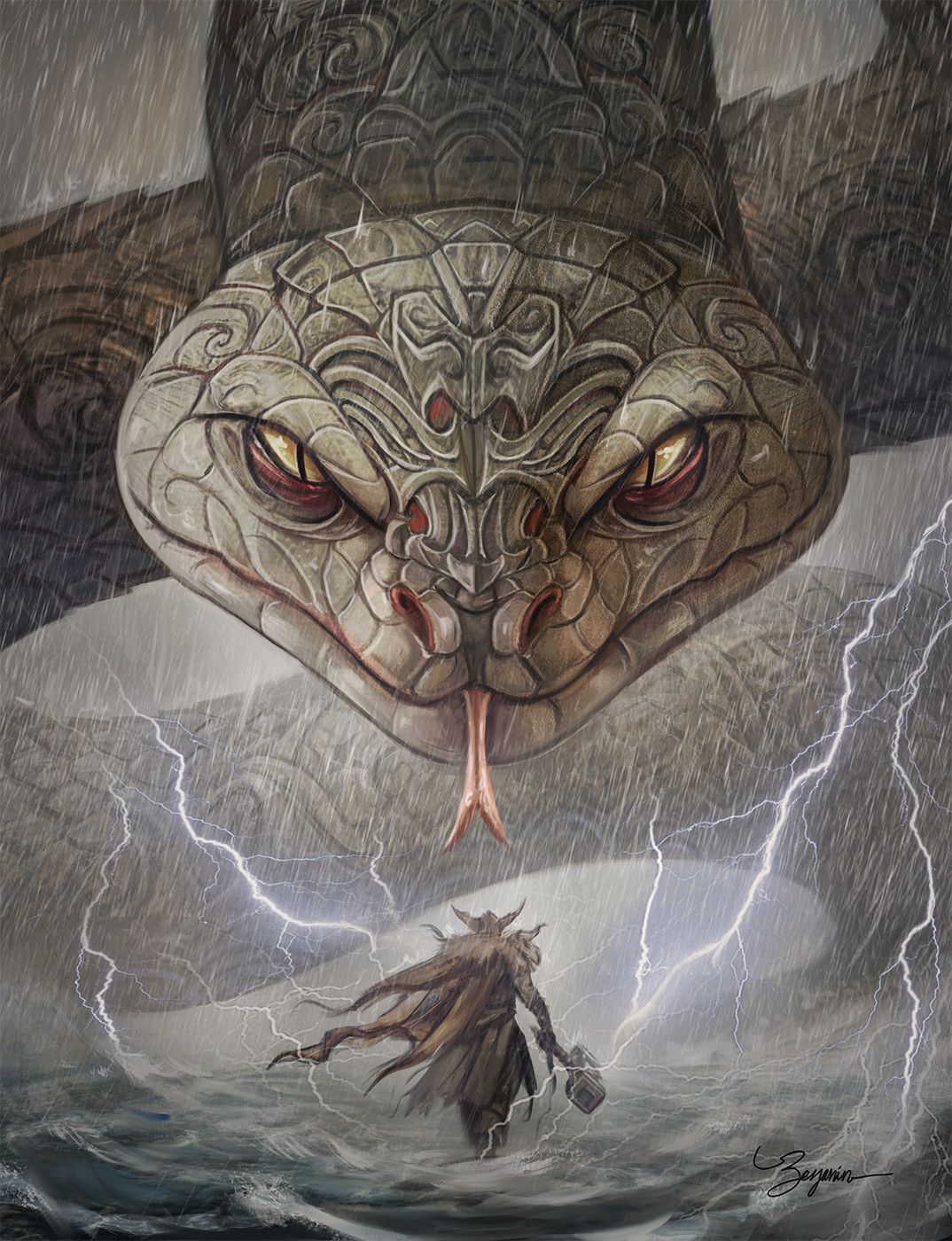 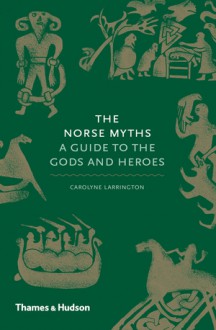 My first dip into Norse Mythology was Neil Gaiman's Norse Mythology, which, to my mind, was the perfect introduction.  This book was an excellent next-step - a little bit more in-depth, a little more of an academic bent, without being dry or boring.

Larrington gets off to the best possible start by including, on the very first page, a pronunciation guide to Old Norse, covering the extra letters of 'eth (ð)' and 'thorn (þ)', as well as the various diphthongs, æ, ö and ø.  I immediately bookmarked this page, because I referred back to it a lot.  Having given the reader this guide, Larrington then proceeds to refer to the gods and heroes by their original Old Norse/Icelandic names/spellings, so Thor is þórr; Odin is Óðinn.  This authenticity might annoy some readers, but I appreciated the exercise - hopefully some of it will stick now that I've used it for 200+ pages.

The layout of the chapters is as close to chronological order as is possible.  Larrington uses the first chapter to discuss her main sources, and then goes on with the creation of the world, the order of the gods and giants, the heroes, ragnorök, and the rebirth of the world.  Interspersed throughout are the myths that Gaiman's readers will recognise, as well as a fair few more, with a bit of commentary as to the historical background, modern day evidence, and a nod to the possible motivations and bias of Snorri Sturluson, the author of the Prose Edda, the earliest known written form of the Norse myths.

At only a little over 200 pages, this book is short on the commentary and long on the myths, so it's likely not aimed at someone with a-better-than-beginner knowledge of Norse mythology.  There are also a generous number of illustrations and photographs (b/w) sprinkled throughout the text, showing images through the ages that illustrate the various myths.

All in all a delightful resource for me, and an engrossing way to while away a cold and windy afternoon snuggled up on the couch with the cats. 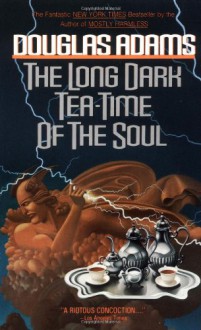 At the outset of this short book by the author of 'The Hitch Hiker Trilogy', I was hopeful for a blissful return to the cosmic mayhem of yore. I came upon the book on a hospital shelf and it seemed like a dead ringer to lift the gloom and restore spirits and that it did.

As a random choice, it did mean my introduction to Dirk Gently – ‘Holistic Detective’ - came at the character's second outing (originally published in 1988), but this didn't seem to detract from the story (and I will go back to check on "Dirk Gently's Holistic Detective Agency", 1987, through my tbr list). In any event, Gently's fundamental belief in the interconnectedness of all things provided a delightful proof for the anarchic stream of glorious gibberish served up by Adams here. Leastways the inbuilt laugh-out-loud moments are also a fairly reliable indicator of an intact funny bone and a sign that dependent on one's perspective, we do continue to mill about in a curiously mysterious world.

Like a well-honed stand-up routine, the author highlights some of the ambiguities and illogical nature of human behaviours and starts at the fertile territory of an airport, with an American traveller, Kate Schechter, bewildered by the inability to get pizza delivered in London. There follows an inexplicable incident, labelled an 'act of god', but what if Kate's path has indeed crossed with a god of old Norse mythology, also in transit to Scandinavia? The possibilities that flow from Asgardians walking the Earth might, in other hands, be threatening, yet Adams shows even super-humans might suffer the similar frailties of mortals, driven to extraordinary lengths to secure well laundered bedding. Throw in a gory murder, awaiting the kismet influence of the hapless detective and giggle-laden chaos is assured. Still, not too much of a spoiler I hope, to reveal, Gently does it.... 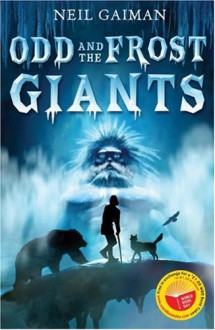 This is one of those reviews I've been putting off because I don't have much intelligent to say about this book. It's a fun, warm, and charming read -- a rather sweet take on the Norse gods and one young boy's interactions with them. 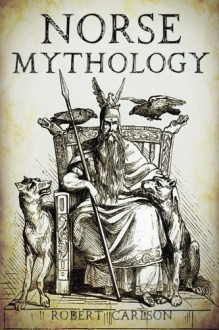 This is a short, but full-bodied, guide into Norse Mythology. Detailing the different worlds, gods, and culture, there is something here for everyone. It is not a thesis, so don't expect tomes of information. Instead, it will whet your appetite and show you where to look for further information. Straightforward, clear and concise, recommended by me for anyone interested in knowing more.
Merissa
Archaeolibrarian - I Dig Good Books!
Mythology Norse non fiction
Source: archaeolibrarianologist.blogspot.de/2016/07/review-by-merissa-norse-mythology.html
More posts
Your Dashboard view:
All Reviews Text Photo Quote Video URL Activities
Liked posts Top Tags
Press About Terms of Services Privacy Policy Contact Us Blog FAQ Patronaty medialne BookLikes for Authors Partners panel more...
Team Themes Docs API Blogs
Copyright © 2022 BookLikes