Log in with Facebook
or
Wrong email address or username
Sign up
Already on BookLikes? Log in!
Incorrect verification code
Please, check your email, the code to access your BookLikes blog was sent to you already.
Enter code:
« Back Send
back to top
Search tags: Rebecca-Zanetti After years of struggling, Haven Daly has finally accepted that she’s nuttier than a fruitcake. Why else would she see visions of a beautiful but tormented male every night . . . and actually believe she can talk to him, even feel his touch?  But thanks to those dream journeys, she can paint images nobody else on earth can duplicate. In each brush stroke, she captures the blatant masculinity and raw desire in his eyes that promise he’s coming for her…and soon. Quade Kayrs has already suffered a lifetime of pain and torture. Completely isolated, he kept his sanity  thanks to one beautiful female, a vision with kind emerald eyes. In the end, her soft voice led him out of hell. Now, naked and alone, he’s in a strange world that bears little resemblance to the one he left behind. All he knows is Haven. All he wants is Haven. His final mission? To protect her from the evil hunting them both—whether she likes it or not.

This was another great story by a great author. I really enjoyed following Haven an Quade as they wade through the danger they’ve fallen into (as well as Haven’s reality check). The story was very fast paced, making it hard to put down. I liked seeing characters from previous stories. I can’t wait for the next book in the series. I highly recommend. 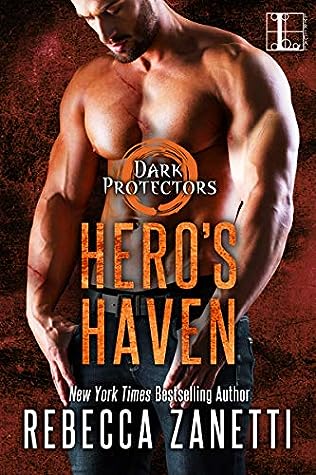 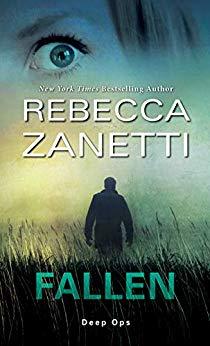 Deep Ops #2, I enjoyed it, I prefer RAZ romantic suspense. I was looking forward to the straight laced Feb hooking up with the laid back hacker, especially after Taken the in between novella that gives background on Raider it's not a necessary read but it is a good, really good, read. Each book of the series have so far been stand alones. This one just fell shy of expectations it was good it was exciting and Roscoe is still as crazy as ever but it wasn't what I was expecting. I'm not crazy about organized crime, it's not something I usually go out of my way to read but it was still a good 3.5 read.

Raider Tanaka worked the organized crime division in the FBI with his partner who was undercover until his partner is killed and Raider crosses the line with the boss's boss's wife and he finds himself on babysitting duty to Brigid Banaghan, a hacker who was arrested and the government decided to use her talents for good within the HDD specifically for Angus Force and his low budget team of misfits. Angus seems to have a reason for recruiting everyone he did and the way it's playing out everyone is going to get a chance to right their wrong or get their revenge. In Raider's case he's finally going to get the change and going after the guy who killed his partner. Their way into the Irish Boston mob is Brigid's dad. Raider goes in undercover as Brigid's fiance and an up and coming crime lord who is seeking out help with the Boston mob. As per usual nothing ever goes as planned and by the end of the day just about everyone is battered bruised and have a few extra GSW on their medical record.

Brigid and Raider together were good, there was a lot of lying going on. They still fell in bed together and fell in love, even when Brigid thought Raider was lying to her she knew she could still trust him. RAZ is great when it comes to the suspense part of Romantic Suspense she's spot on with the action and she's so easy to read unless you pace yourself you can just zoom right through her books. I look forward to Wolfe's book next. Excellent book and I loved it. I loved the thrills, danger, suspense, and action. Half the time I was on the edge of my seat. I didn’t want to put this down. I loved raider and Brigid together and how they interacted. I loved the plot and pace of this book. I loved the ragtag Homeland defense team and how they were there for each other. I absolutely adored Rascoe and his issues. I can’t think of anything I could criticize in this book it was that good. I loved the characters and the twists and turns of this book and I highly recommend it.

Brigid Banaghan got caught hacking and now she is forced to work with a secret Deep Ops unit. Raider knows there is more to his new assignment than he’s been told. When Brigid’s estranged father is named in an investigation into Boston’s organized crime, Raider’s mind switches onto high alert. Brigid needs Raider’s help to clear her father’s name but unless he can release his inner bad boy, pretending to be engaged won’t fly.

This ‘Deep Ops’ story is one hair raising exciting event after another and readers won’t be able to put it down once they get started. The characters are strong, vivid and easily grab the readers’ attentions and the chemistry between Raider and Brigid sizzles with extreme heat although they do seem like an unlikely couple but that just ensures that this growing relationship never has dull moment as the emotions flow and passions ignite.

The plot is fast paced with great timing that keeps the excitement coming and the suspense building throughout keeping readers on edge even as stunning twists ensures that they never know exactly what might happen. The ‘Deep Ops’ team is a great team that is strong with a compelling presence that readers wanting to be part of their team especially because this team is a bit unorthodox which makes things real and heroic. This story is energetic, spicy and thrilling with a bit of humor that really makes the story stand out.