Log in with Facebook
or
Wrong email address or username
Sign up
Already on BookLikes? Log in!
Incorrect verification code
Please, check your email, the code to access your BookLikes blog was sent to you already.
Enter code:
« Back Send
back to top
Search tags: Rose-Lerner 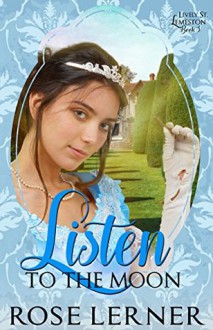 So this was a romance buddy read with WhiskeyintheJar/Kyraryker and Sam (AMNReader). The three of us I think all really enjoyed this though Sam is still finishing up. I really loved the entire plot (a marriage of convenience) with heat. The two main characters, Sukey and John were great and I loved how they did things differently though they were both part of the servant class. The sex scenes were highly explicit, but very very hot, I loved them and liked that we actually had these two trying their best with each other and wanting their marriage to work. I do wish the book had ended with more of a resolution between John and his terrible parents and with Sukey letting her mom know about something that she did. Other than that, I got a kick out of this book from beginning to end.

"Listen to the Moon" follows John Toogood and Sukey Grimes. Both of them are members of the servant class, though John is considered higher up on the ladder due to John being trained up to be a valet. Due to John not telling his former employer about her son's romantic entanglement he finds himself dismissed and unable to find another job. He moves into rooms across the street from a boardinghouse that Sukey works in. From their first meeting John and Sukey find the other one intriguing. However, Sukey vows to never marry and John feels as if he's too old (he's 40) to be trying to marry. He's focused on finding another position as fast as he can. John is given a lead at a local vicarage though the only problem is that the vicar refuses to hire a man that is not married. So John proposes that he and Sukey marry in order for them to take over running the vicarage. What follows from there is a great book that takes a look at servants in a household and the type of things they had to put up with in order to not be dismissed (sexual harassment, rape, etc.) I feel really foolish for never reading a historical romance that focused on the servants in the household instead of members of the "ton."

John was great. I loved how he wants to be a better man this his father and we find out why he's so reluctant to be a butler like his father. He is careful to not take out his frustrations with Sukey and is so kind and caring though he's a super type A person. My favorite scenes with him were definitely with him showing how much he thought of Sukey beyond the physical. There's a boot cleaning scene and a bath scene that I adored. Usually you get the heroes in historical romances being all big and powerful and it feels as if they can't be in the wrong. John owns his mistakes and actually tries to be a very good husband to Sukey.

Sukey is 20 and though she doesn't want to marry (due to her family history) she finds herself attracted to John. The new job situation would be perfect and we see her realizing that she has to change how she behaves towards others. We can see why Sukey is so defensive and her wondering if she and John will fit since he is much more educated than she is, but I thought she was gutsy and charming.

We have the two leads dealing with several problems in the vicarage and then a big question comes up which can change their lives.

I loved the secondary characters we get to know such as Mrs. Khaleel and Molly. Mrs. Khaleel especially had a very intriguing story-line and had me wanting to read more about her.

The writing was very good, I thought Lerner did a good job with the language in the time period we were reading and her being able to show us what duties that John and Sukey and an entire household would have. Also she did a great job of showing us how trapped you can get as a woman in this world.

The flow was very good switching between John and Sukey's third person point of view.

The book's setting is 100 percent focused on the servants in this one. We hear about the "ton" and political parties and we know that affects things to a certain extent, but we really get a sense of how precarious these people's lives are if their employer takes up against them. The world is small and you can find yourself without a job or reference.

The book's ending could have been tighter I thought since there were still a few things left in the air regarding John's parents. Other than that, I really enjoyed this one. I buddy read this, for complete thoughts and quotes - Listen to the Moon buddy read

This took me a little off guard with how the sexual scenes started up kind of quick but the second half was full of deeply hitting emotional moments. I don't know how Lerner manages to do it but she always nails the truth behind matters and her writing in economic, race, and sex issues is seamless.

A look at how economic and social status affects servants and the learning curve and growing pains in a new marriage. Written in Lerner's beautiful words and emotionally true characters, this story will linger with you for a while.

She was beginning to think it a heavy burden, to see only the smudges and not the silver.

Her merry lust turned wistful and aching. She couldn’t remember the last time anyone had taken so much care with anything to do with her. 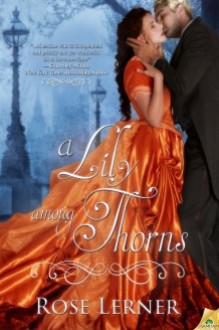 This had a slow start for me. Serena fell in love with one of her father's footmen. She then opted to run away and join a brothel becoming a well known courtesan. Solomon visits the brothel with his "friends" and gives Serena his quarterly allowance which allows her a chance at a new life.
I did think Serena was cold and harsh at times. I also thought Solomon was maybe too perfect (he sews! he cooks! he plays!). However, I could see them together and I thought they fit. I liked the spy subplot and the secondary love story with Rene and Elijah. I would have liked a little more about Rene/Elijah. And also- did anything happen to Serena's father?
For Ripped Bodice Bingo- on the page atheist