Log in with Facebook
or
Wrong email address or username
Sign up
Already on BookLikes? Log in!
Incorrect verification code
Please, check your email, the code to access your BookLikes blog was sent to you already.
Enter code:
« Back Send
back to top
Search tags: Stone-and-Silt 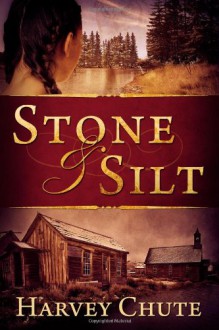 This is the book by the author that Edward Lorn posted about that he shares a publisher with (Red Adept Publishing). (http://jessicafox.booklikes.com/post/1239164/i-have-a-favor-to-ask-of-all-of-you) The author had just signed Hospice care papers after a battle with cancer. It is a good book. (My Review) Magno Girl and the Beast of Brooklyn - Joe Canzano  (5 stars)

A ruthless murder and a stolen shipment of gold.

At school, sixteen-year-old Nikaia Wales endures the taunts of bullies who call her a “half-breed.” At home, she worries about how her family will react if she reveals her growing feelings for the quiet boy next door.

Those are soon the least of her troubles. Nikaia discovers a hidden cache of gold, and when police find a corpse nearby, her father becomes a suspect. Worse, Elias Doyle is circling, hungry to avenge his brother’s death.

Nikaia desperately searches for clues to save her father. In her quest to find the killer, she learns about the power of family, friendship, and young love.

This is a lovely book meant for young adults, but I think it is enjoyable for adults too. There is much to this novel. The story involves subjects like racism, bullying, interracial marriage, and native Indian culture. There is mystery, murder, illness, and budding love.

Nikaia, who is the child of a Welshman and a native American mother, is the victim to bullying due to her interracial heritage. The name the other children call her stings every time she hears it, Half-breed. Another boy, Lee Sim, is also a child who is picked on do to ethnicity, Chinaman. There is an obvious budding affection between the two throughout the story.

This story is set in the later half of the eighteenth century during the gold rush. The author has obviously done he research on the time period in which the story is set.

The author's writing is top notch and at times this story reminds me of a couple of classic novels: To Kill a Mockingbird, The Little House on the Prairie books, and The Adventures of Tom Sawyer.

The way I came across this book is through a blog post by a friend. http://edwardlorn.booklikes.com/post/1239135/i-have-a-favor-to-ask-of-all-of-you I never intended to finish this as quickly as I did, or to enjoy it as much as I did. I will admit, the blog post hit a spot with me. I watched both my mother and my grandmother lose their battle with cancer. My mother's fight lasted for a lengthy amount of time, ten years, my grandmother only a few short weeks. They both took their last breaths in a Hospice center. I lost both them within the last four years.

I not only give this book a high recommendation, but I gushed about it to my daughter's seventh grade teacher today.

“What curious questions. You really want that brooch, it seems.” Annie peered at Nikaia. “Not right to ask an old woman to recall who bought a brooch two months ago.”

Nikaia held her hopes in check as Annie sat and rocked.

“But that one… yes, that one I do remember. It was not one of my usual customers. How could I forget? I sold it to a lady of the night.”

Excerpt From: "Stone and Silt" by Harvey Chute. Scribd.

This material may be protected by copyright.

Uh oh. Nikaia, the main character, made a mistake that makes her father the prime suspect in a crime of murder/robbery. Still reminds me of To Kill a Mockingbird, but also a little of Tom Sawyer now. This is great. When i first started the book I only meant to skim through itba little so I knewbwhat to expect.