Log in with Facebook
or
Wrong email address or username
Sign up
Already on BookLikes? Log in!
Incorrect verification code
Please, check your email, the code to access your BookLikes blog was sent to you already.
Enter code:
« Back Send
back to top
Search tags: angsty 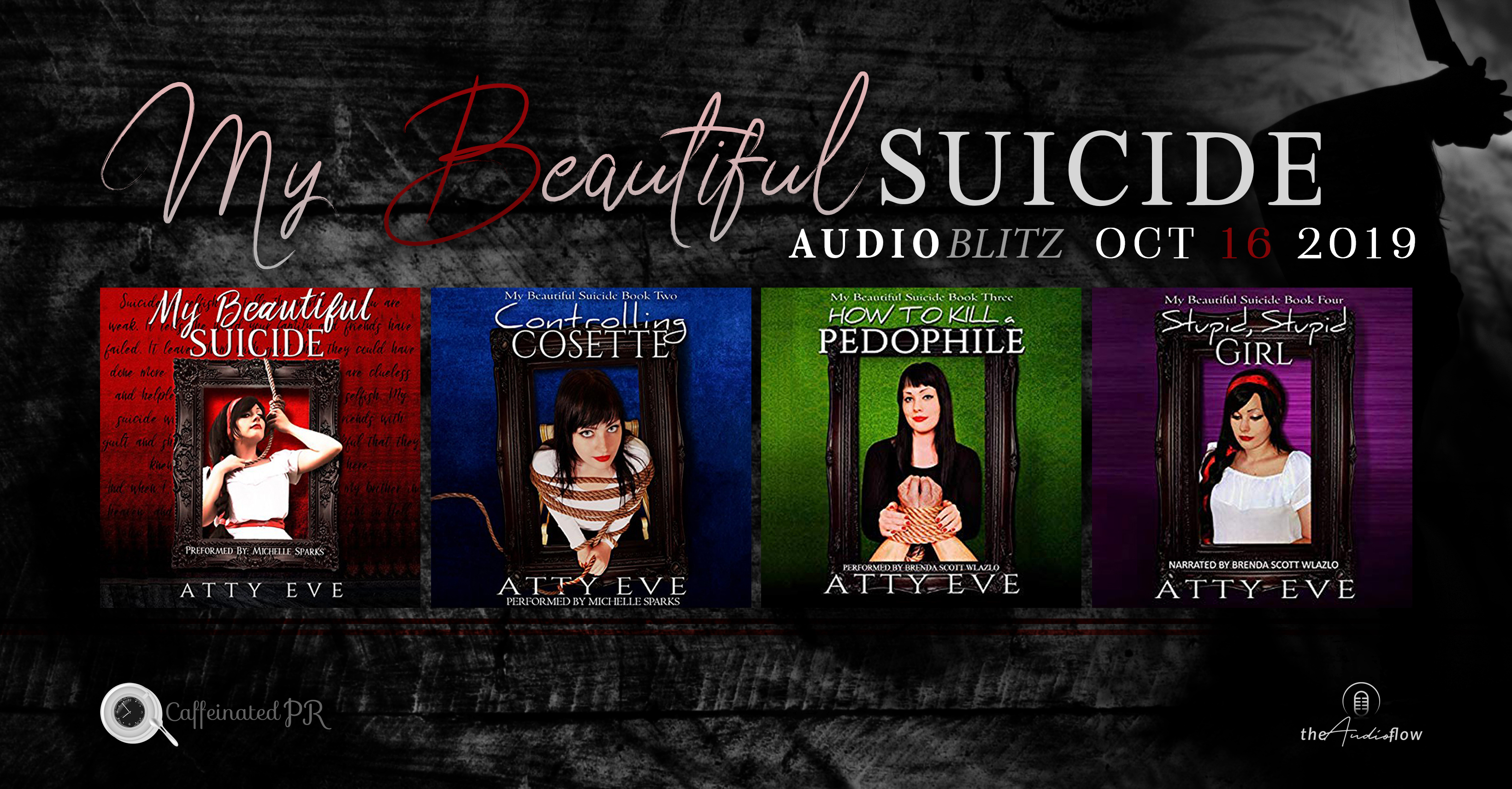 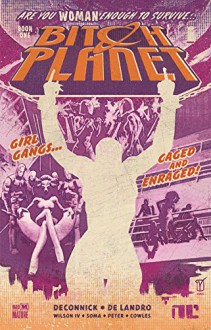 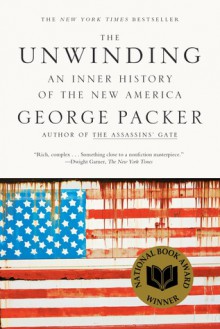 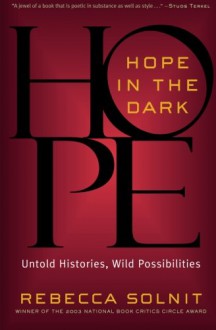 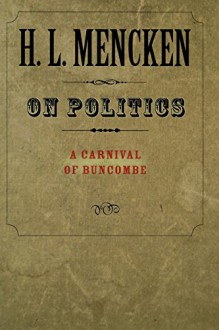 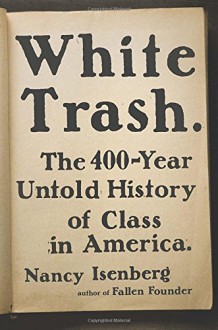 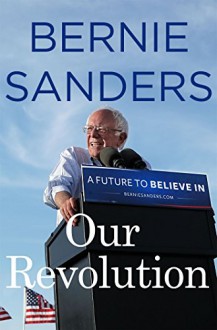 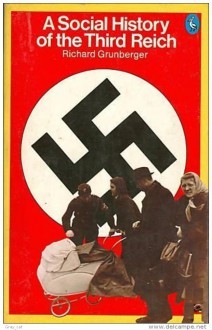 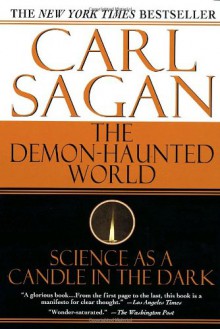 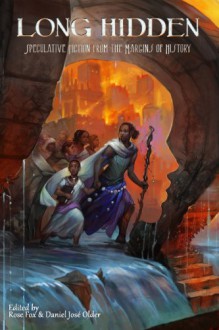 I've been gone for a bit.

I’ve decided to go political right out of the gate. I suppose this is an odd note to start on as a “revival” of my blog after months away, and yet it is quite fitting given how I am feeling these days. Books are inherently political, if only because they reflect facets of our culture back to us, so it makes sense that I should find meaning in my blogging by looking in a political direction.

Typically, I would grab my Top Ten Tuesday topic from its originators, The Broke and the Bookish. Considering what is on my mind lately—non-stop—I felt instead like I would share a partial list of what I have read/intend to read as I come to grips with the election and figure out exactly how I want to tackle the aftermath. I, like many people blindsided by this travesty, have resolved to become more politically active and much more aware. This requires not just action, but knowledge and perspective, and I think that is something these books can offer in a time of need. This list could easily be hundreds of titles long but we have to start somewhere and ten is as good a number as any.

The Handmaid’s Tale by Margaret Atwood. This will be a re-read for me and it couldn’t be more appropriate. And before you scoff about exaggeration, just remember the percentage of the evangelical vote that brought us where we are today.

Bitch Planet series by Kelly Sue DeConnick and Valentine De Landro. Needed for much the same reason as Handmaid. Also, because it will make me righteously angry and I need that right now.

The Unwinding: An Inner History of the New America by George Packer. Who hurt you, America??

Hope in the Darkness by Rebecca Solnit. Just about anything by Solnit could fit here, but some readings by people I admire have pushed this one to the top of the list. We could all use a reminder that hope is hard but necessary and despair is not an option.

On Politics: A Carnival of Buncombe by H.L. Mencken. While Mencken had some problematic views on women (he was writing 100 years ago), just about any of his political writings are extremely prescient. He saw this coming and we still didn’t listen.

White Trash: The 400-Year Untold History of Class in America by Nancy Isenberg. What is it about the history of poverty and the wealth gap in the US that prompts people to vote against their own self-interest or scapegoat others? Is it just a lack of education or is it much more? And is class even the motivating factor people are claiming, or is it simply about culture? I’m hoping this book can shed some light on these questions.

Our Revolution by Bernie Sanders. I’m a Bernie Babe, can’t be helped.

A Social History of the Third Reich by Richard Grunberger. While there are any number of books on the Third Reich, I feel it is most important to begin by understanding the everyday people that contributed (purposefully or not) to its rise and normalization. And this is not just alarmism; the parallels are disturbing even from the vaguest distance.

The Demon-Haunted World: Science as a Candle in the Dark by Carl Sagan. Living in a post-truth world is going to do a number on science.

Any and every contemporary sci-fi short story collection I can get my hands on. I have

faith that these stories, told by diverse voices, will give me perspective beyond the headlines and history. In the right hands, speculative fiction gets to the heart of everything that troubles us as a people and gives us alternative visions of the future. 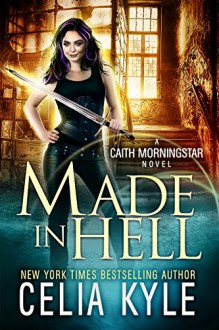 Can a half demon, half pixie/holy warrior/unicorn/Father Earth/werewolf (Yeah. Don't ask.) not get just a little bit of peace and quiet? Just a little? I mean, Come ON People! She already saved the world. Twice, as a matter of fact, in the last couple of years. Can a girl not just enjoy her adopted Brownie son and her half-fallen angel boyfriend for a few bloody minutes before you all go messing things up? Again?
But nooooooo . . . You have to go gettin' all rowdy, joining a whacko cult, walking around like zombies (when you aren't rutting like bunnies) and generally messing up Caith’s life.

It seems a couple of Caith’s old enemies are up to no good again. Even if Uncle Lucifer did throw them into the very bowels of the deepest circle of Hell. Of course, if Uncle Dearest didn’t have his mind on the little demon spawn he planted in the brainless twit he just dumped on Caith’s front door, maybe she could have gotten things under control a little more easily?

Nah. No such luck.

That’s all bad enough. But when Caith’s little Bryony, Sam, and Jezzie are endangered? Well, here’s a clue. Don’t. Piss off. The niece of the Morningstar. That will get you just all kinds of pain.

Caith Morningstar is one kick-ass beotch. You would expect her to be, taking into consideration who her mother is, but while she may have set Chicago on fire (Once! It was Just Once!) and maybe started a war (or two), the influence of all five fathers makes her loyal, protective, and determined to keep Mouse Town, her family, and her friends, safe.

Ms. Celia has written another winner Urban Fantasy in “Made in Hell” I have no doubt you will love! Humor, pathos, love, hate - it's all here, and all written in that unique Celia Kyle style.

I received “Made in Hell” from the author in exchange for a realistic review. How Lucky am I?!?! 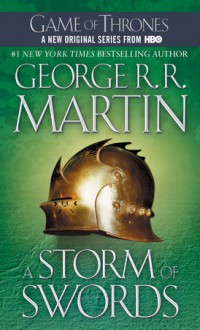 Dany's story kind of lagged in Clash of Kings; she basically just traveled and questioned herself. Not in Swords, though.

Girl is killin' it. 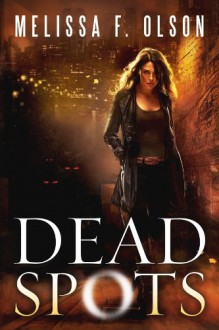 “Your perspective on life comes from the cage you were held captive in.” ― Shannon L. Alder

Scarlett Bernard is one pragmatic lady. Of course, she has to be considering her job is supernatural crime scene cleanup. As in, get in, clean up the mess, steal the body, and book the hell out of Dodge before the cops arrive. She is truly good at her job, and her boss, the cold and distant Dashiell, Master Vampire of the city, may be scary, but he pretty much allows her to do her job without interference. But then, the worst happens.

She gets caught. Caught by a newly minted detective, Jesse Cruz, just after she arrives at a scene more bloody and grotesque than any she has ever seen. What happens next is fast paced action with terrific world building and interesting characters. I first read the book back in 2012, and enjoyed it then. This time I listened to the Audible edition narrated by Amy McFadden (one of my favorite narrators) and, as sometimes happens, I liked it even more as I listened. Scarlett is a strong character with a well-developed, though brutal, background and is likeable. She isn’t perfect, but that is what makes her interesting. She has taken horrific hits in her life – but the one she walks into later on is absolutely devastating and Olson does a rather wonderful job of writing the horrors of betrayal. I would have liked her to be more mature in her interactions with others – her tendency to cope a nasty, self-serving attitude at times was a downer. I am hoping that the next books will show growth in her as a character (especially since I own them all). Her behavior isn’t as horrendous as other female characters in the genre, but I am hoping for more maturity in upcoming works.

There are some things that were irritating. The Dreaded Love Triangle. Irritating! Not only do love triangles make me retch, this one felt stilted and unnecessary, dragging down the storyline. Also, the POV switches between characters and from first to third person erratically and unnecessarily. Irritating, but not as irritating as the lurrve (titter titter, Groan) triangle. Olson’s take on werewolf psychology was more interesting than a lot of other books in the genre, and her friendship with the Alpha and Beta were more realistic than many others. The Alpha isn’t as ‘Alpha’ as in other books (thank the Goddess!) and the tortured Beta was very realistically portrayed in the vein of “I never wanted this in the first place.”

So, flawed, it isn’t perfect by any means, but I still enjoyed it as much as I remembered, and Amy’s narration was, as always, spot on.