Log in with Facebook
or
Wrong email address or username
Sign up
Already on BookLikes? Log in!
Incorrect verification code
Please, check your email, the code to access your BookLikes blog was sent to you already.
Enter code:
« Back Send
back to top
Search tags: anthology-or-short-story I have recently found author Emily Martha Sorensen and am loving her writing, so when I was offered a chance to read this short story anthology, I couldn’t resist. 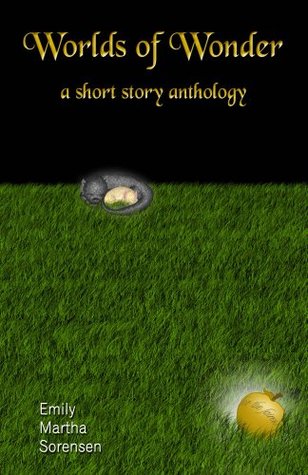 These sixteen short stories will have you traveling, flying high, using magic, and having action and adventure in bite sized pieces. We have some science fiction, some fantasy and some life lessons, with choices to be made.

A few of my favorites:

Beauty and the Brave:  A fun twist on the Ugly Duckling. The young female dragon becomes the hero.

The Dragon and the Santa:  What would you think if you heard a clatter on the roof top at Christmas, only to see Santa claus and a dragon? The ending…oh so good, you bad bad dragon.

Invoice:  Ya gotta read that yourself. It is a HA HA HA morbid moment. She was transformed by the love of one perfect monster, with three sexy heads and one fantastic heart...

No matter. I don't think this is meant to be an aww moment. Or maybe it is and I can't tell. Maybe EVERY little girl dreams of that moment when her very own monster will come and sweep her off her feet - scales and multiple heads and all. It's just like a Disney movie where the princess waits for her handsome prince.

WHAT IS DISNEY TEACHING US?!? LOOK at these monsters. Mike's giving the thumbs up...Sully's got that "you know you want me" look.

Am I the only one seeing it?

I'm sorry, was that off topic? Just a little?

Back to the hydras. This chick named Dixie (yes, I did go there) went looking for her sister in this mythical place where hydras and other creatures exist. I think it's a park, or a zoo, or some other such nonsense. Supposedly, after dark, the creatures go on the hunt.

She walks in on her sister getting pleasured by multiple hydra heads. What does she do? She WATCHES. DUH. Doesn't EVERYONE want to get aroused by watching their sibling get off?

Never fear, the sisters do not actually want each other. They each get their very own hydra-prince-charming to pleasure them sexually.

And it was kind of entertaining...in a disturbingly funny way.

Hey, if these women want to be consenting adults with mythical consenting adult monsters, then who am I to judge? Apparently, these monsters have hearts, and brains...and multiple mouths. And are hung like monsters. If you can get past the weird monster-look thing, it's probably a good deal. Did I buy that one of the three hydra heads was a passionate kisser? Probably not. Yes, there was a point where it became too far-fetched. *snort*

So what if you don't speak the same language? The hydra can put images into your brain and show you what they want you to know. Same thing.

I would say don't knock it until you've tried it, but I can't say that I would know how to find a hydra to try out. I guess I'll have to stick to humans. Bring on the retro sci-fi erotica vibe, and I'll just pretend to ignore the fact that nothing is explained other than the lead character telling us why (instead of how) everything just happens to be.

It's another planet, man. I guess I'm not smart enough to be told how the nanites work. They just rearrange stuffz. Golaz people are brilliant. So advanced, in fact, that they honor ancient lion-ish mating rituals and public sex marking instead of pesky unions requiring signatures and all of that nonsense.

I'm Joffrey Baratheon Storoth, and this is how it's always been done.

Eva was put into statis (a sleeping state) for years because she had to wait for a kid to grow into a man. Well, technically, he was a man trapped in a kid's body, but yeah...she didn't want to be hooking up with a Joffrey impersonator.

OH, AND HE'S A LION SHIFTER. What this has to do with ANYTHING, I have no clue.

And this : "And now you know why I called you squirt."

Why yes, that was an awkward sexual reference. You're welcome.

If I were Eva, I still would have cut a bitch over

my "future" man learning how to have sex with the woman who tried to kill me when I was sleeping.

But maybe I'm just a zero tolerance kind of gal like that. "You...like this."
Simone smiled at that and ran her tongue along her bottom lip. "Yes, Elliott. I like it."
"Why?"
"Why does anyone like what they like?"

I've said it many times before - Erotica is very much a personal preference. The stories that people connect to are often the ones which fuel a person's own fantasy. Even if a reader is able to be entertained by another person's sexual preferences, there's something about reading the scenes which tickle one's own fancy that turns erotica into a personal experience.

Thank you, Megan Hart, for remembering that there is a niche for this type of fantasy.

Simone likes it rough. She likes to be pinched, spanked, bitten, and man-handled. She has no desire to wear a collar, get beaten with a flogger, or call someone master. She just wants a man who knows how to give her what she wants - that delectable version of sex where pain and pleasure co-mingle into something on another level.

Elliott wants what Simone wants, but every woman prior to her has been scared off by his aggressive bedroom play.

I was surprised to see that Elliott might have more of a back-story than what was shown in book 1. Maybe I shouldn't be - after all, this is Megan Hart. She isn't really the type to write just sex by itself without some sort of emotional story attached to it. In the case of the Every Parts of You serial, I think it's going to work.

I'm looking forward to seeing what's up next. These characters need to cut loose. When it happens, it's probably going to be a lot of fun to witness.

This short story provided from the publisher in exchange for an honest review. Quotes taken from the pre-published copy and may be altered or omitted from the final version. Adorable story with a stronger start than finish. I am not really a cutesy book reader, but one of my groups put this up for a buddy read, so I relented.

Max is a loyal pet. He wants to find a match for his owner because she deserves some happiness for treating him so well.

Did I mention that the cat himself was the narrator?

Was this a mate for Melody? Had Max found him already?

Nope. Try again, Max. In typical cat fashion, Max has a few detours on the road to love.

The rapidly moving laces were almost impossible for Max to resist, but he managed to control himself.

This story would have been more awesome if Max had spent most of his time seeking out Melody's mate and running into a variety of characters. Alas, the funnies started to dwindle as serious time crept up on us.