Log in with Facebook
or
Wrong email address or username
Sign up
Already on BookLikes? Log in!
Incorrect verification code
Please, check your email, the code to access your BookLikes blog was sent to you already.
Enter code:
« Back Send
back to top
Search tags: book-excerpt

Read a chapter from Queen of Martyrs! 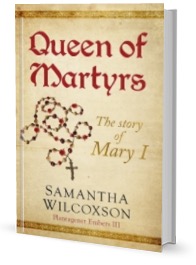 Tony Riches is my guest today with an excerpt from his latest novel, Henry. 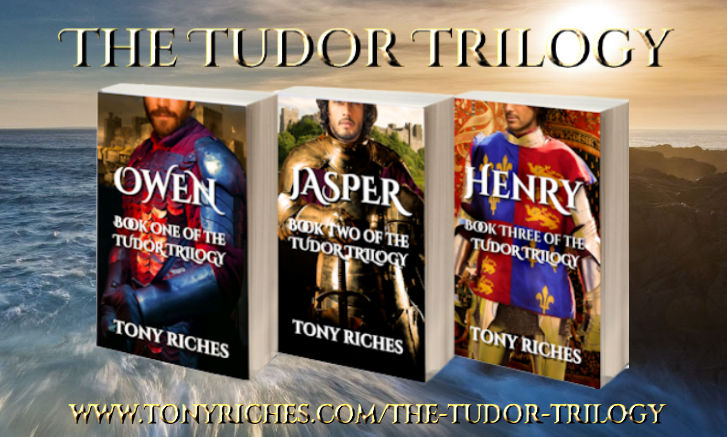 I had a request for a book excerpt - maybe it was from one of you - and I thought it was a great idea. Here it is, a little sneak peek at my new book, coming August 18! . . . here she was, sitting as usual in the salon in her chair by the window with Frisque, her dog, curled on her lap, and her other two cousins, Gaspard and Jacques, idly debating some trivial point about bridges and which were the longest, and Mary felt certain that anything, anything, would be a blessed relief.

"Does it honestly matter?" she asked Gaspard. "Surely each bridge is as long as it needs to be, and serves it's purpose as well as the others."

Gaspard, who was four years her junior, his dark hair just recently clipped to allow for the white-powdered wig with its short sides and black-ribboned queue that he thought made him look much more serious, turned now and spoiled the effect with a grin. "That is so like you English, to judge such an intricate thing as a bridge by its function, and no other measure."

"How else would one measure a bridge, but by whether it does what you built it to do?" Mary countered. "And I am not English."

Collette, between them, looked up from her sewing and shook her head, setting her bright curls to dancing. "No, no, she is right. Uncle Guillaume is Scottish, not English."

Gaspard blew a sharp puff of air to declare the distinction irrelevant. "What does it matter which nation she claims?"

He looked so very much the part of the young gallant then that Mary had to take great pains to hide her smile, for she was far too fond of him to wish to wound his pride. Instead, she settled one hand on the silken fur of Frisque's warm back and felt the lazy thump-thump of the little dog's tail on her lap. "I claim neither," she said. "I am happily nationless."

Jacque, who would not be fourteen till next month but who was, without question, more thoughtful than all of them, stirred in his own chair. . . "No person can truly be nationless."

Mary knew otherwise. She had been born without a nation – – daughter of an exile at the French court of a foreign king who had himself no country and no crown. The fact her mother had been French gave her but partial claim to call herself the same, and she had never tried to do so. . . while everybody else called her "Marie," in her own mind she was still "Mary", neither Scots nor French, but falling in between.

To which Gaspard added slyly, "Perhaps then our talk of bridges will not bore you."

At the moment, I was looking at the dog. His eyes were warmly brown. . . , the little Chestnut marks above them giving him a questioning expression, as I asked, "Is he a setter?"

"Aye, A Gordon setter. Hunting dogs, they're meant to be, and Hector would have been as well, if his fool of a first owner hadn't ruined him. She took him on a full day's hunt afore he'd ever heard a gunshot. After that, if anything went bang, he'd tuck his tail and run. His owner didn't want him, then. She sent him to the pound."

"And so you rescued him?"

"Aye. It was never his fault, and you don't cast life aside like that." Alastair Scott had been walking towards me while he had been talking, and now he bent briefly to rumple the dogs ears himself, with a leather-gloved hand. "He's got lots of good years in him yet. . . . "

Second chances, I thought, as my gaze shifted slightly to Hector, the dog who'd been branded as useless but rescued because one man firmly believed that a life shouldn't be cast aside.

i expect I will be loving this book.  It matches my ideology.