Log in with Facebook
or
Wrong email address or username
Sign up
Already on BookLikes? Log in!
Incorrect verification code
Please, check your email, the code to access your BookLikes blog was sent to you already.
Enter code:
« Back Send
back to top
Search tags: characters-sorcerers-and-wizards This was an audiobook, so I don't have any notes or detailed quotes on all the things that annoyed and irritated me. Suffice to say that the reliance on well worn misogynistic tropes and writing has got old. If we add to that the disappointing and forced hetero-normative non-romance and a boring all-powerful villain, there just isn't enough left for a second star.

I do know that Miller has written more books since, but I'm going to go with no. This author isn't for me. 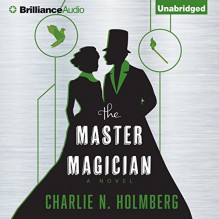 So many problematic things. I can't possibly remember to list them all. 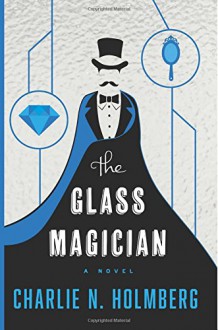 I liked this book almost as much as I liked the first book, but this time I started noticing Holmberg's certain writing quirks. And once I was paying attention those things started annoying me.

Like how often Holmberg would use the prase "for a long moment" or something similar. Or how Emory smirks as much as he smiles. Like how Ceony knows he was a bully but hasn't demanded an explanation on how he's learned from his mistakes and changed his ways.

I've started the third book in this trilogy and unfortunately I get to add slut shaming on that list. Yay. I guess. I'd heard some bad things about these books through the bookish grapevine and decided to pass, but then Audible was having a sale and I needed distraction. Things happened.

Through the first half of the book it was hanging onto four stars with its sheer cuteness. The heroine is snarky and tastes her toes on more than one occasion, and just as her teacher, I found this endlessly amusing. He did his part by braving all the paper cuts to bring alive more cuteness than my sweet tooth can handle.

Then the second part happened, and I kept going. It took me a while to realise what people had been objecting to, but honestly I just took it with the creative magic and went with it. I had more of a problem with the single usage of the word whore.

Loved her. Might've even forgotten for a second or two that it was a woman doing men's voices. I haven't listened to enough audiobooks to declare Amy McFadden the best ever, but she'll be on the top ten once I get around creating a list. Or however long that top list will be, she'll be on it. 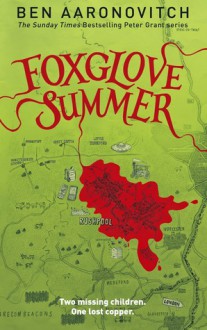 Spoilers galore. Because this is the fifth book in the series and you should already know if you like it or not. You've been warned.

Peter is as Peter does, which is to say he's a bumbling idiot who rushes into things he isn't nearly ready for. Whether that is changing the urban scenery to rural, non-carnal relations into carnal, or endangering his own life. Then again, the last two of that list give the wonderful moment where Beverly goes against a faery queen to rescue her very own damsel-in-distress-Peter.

From the start I wasn't sure how Lesley would fit into Peter's story, but her absence is sorely felt. It turns out that Peter does need her as sounding board if not a moral compass.

Finding out what Molly is was a surprisingly smooth nonevent, although it did change my mental image of her a little bit. I'd imagined something more like Mongolian death worm teeth than cheap horror film props for a human actor. Yeah, I'm sticking with the original image.

As lovely as it was to see Beverly again, I can't help hoping that there would have been a little more build up for these relationship developments. It's a modern age and Peter is a bit flighty with the details, but I'm assuming there's a bigger plot thread brewing in the pot and the author should be the master cook.

Speaking of. Does the deadline of one year mean three or four books in this world?