Log in with Facebook
or
Wrong email address or username
Sign up
Already on BookLikes? Log in!
Incorrect verification code
Please, check your email, the code to access your BookLikes blog was sent to you already.
Enter code:
« Back Send
back to top
Search tags: galleys 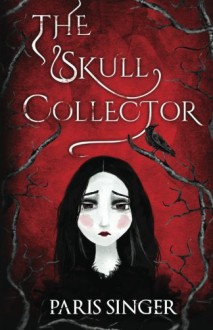 "Collecting seems to bring out that primitive instinct for the hunt in some of its devotees, who stalk their prey with skill." - Alicia Craig Faxon

a little girl is overwrought with grief and despair over the disappearance of her parents. alone, miserable and lost, she finds herself sold to the Doll-Maker who promises to reunite her with her loved ones in exchange for collecting skulls.

this was such a dark and gripping tale of innocence lost, exploitation and betrayal. the creepy setting, the macabre task the little girl had to go through each night, the mysterious Violinist and his murder of crows plus the Doll-Maker's bizarre doll-making methods only added to the strangeness of it all. yet it had its morbid appeal - albeit unconventional for the most part.

i found myself emotionally drawn to the poor little girl's plight, sympathizing with her ordeal and wishing i could wrap my arms around her to shield her from all the abuse the Doll-Maker inflicted on her. alas, i could only read on and wished for everything to end well for her.

although i found the ending a bit predictable, it was also a relief to note that our little girl's trauma and agony were finally over and the greedy, abusive Doll-Maker deserved what he got.

i have a few niggles though. sometimes i found the abuses too much and kept wondering how the little girl's frail body could have survived them all. the Violinist's behavior in the last few pages were quite confusing and i found his motive for doing what he did questionable. in other words, i was left to ponder on some details and was contemplating if they were truly resolved or not. maybe, it was the author's intention to leave things as they were and allow the reader to form his own conclusions.

despite these, i was fascinated by the whole story. maybe if i read it again, i would find details that i might have missed or i might be able to discern some answers that were there all along but were merely hiding in the shadows. 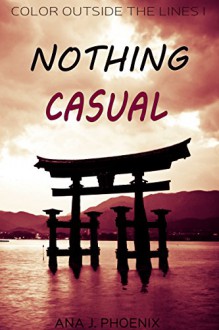 *Disclaimer: a free copy of the book was provided by the author in exchange for an honest review

"Man loves company even if it is only that of a small burning candle." - Georg Christoph Lichtenberg

Kenta Kuroki's bitterness over his boyfriend Shota's betrayal drives him to isolate himself from the world. as a result, he joins the ranks of the hikikomori. his self-imposed exile is disrupted by a broken internet connection, forcing Kenta to allow a technician into his home to fix the problem. little did Kenta know that his life would take another unexpected turn as his attraction for Sato Akira grows.

from the get go, this novel piqued my curiosity  as i have never heard of the "hikikomori" before and reading this piece of fiction based on a real "human condition" that is prevalent in Japan opened my eyes to another one of life's bitter and disturbing realities.

as a whole, the novel is very readable yet filled with profound details and insightful information here and there. both protagonists are opposites in every way and their interaction and reactions to one another were a delight to read especially when things get serious at some point and secrets are further revealed.

Kenta's mode of existence is extreme and quite difficult to wrap one's head into but one can somehow relate to his insecurities, fears and struggles. Akira's personality, on the other hand, is the perfect yang (positive, bright) to Kenta's yin (negative, dark). together, they make for a strange pair that works out well in more ways than one as the story progresses.

author Ana J. Phoenix has written one unforgettable, engaging, sweet and romantic tale set in Japan that draws the reader in and never lets go even after the last page is read. 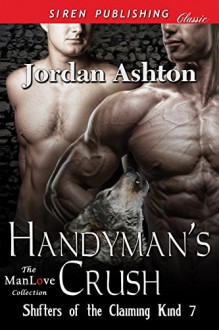 Tobias Gale is surprised to receive a call from a certain Ryan Forrester who informs him that his mother Gladys Gale had a stroke. Tobias immediately rushes home and learns for the first time that Ryan, a handyman, lives there too in exchange for doing renovations around the old homestead. But nothing shocked Tobias more when he finds out from his mom the truth about his origins.

Thanks to Gale's stories about her son and the contents of Tobias' diary, Ryan fell in love with Tobias and knew everything he wanted to know about him long before actually meeting the guy in person. Ryan stays by Tobias' side and helps him face his demons as Ryan himself  deals with his own.

Considering that I have not read the previous books in the series, I found myself liking Ryan and Tobias' story. Background information regarding Ryan's past was clearly explained that I did not find myself wondering about certain details nor was I wandering around in circles trying to get sense of it all. Author Jordan Ashton's clear, crisp writing and engaging storytelling skills made reading this short, sweet romance an enjoyable experience.

I could hardly believe that 99 pages could contain so much and even if it was evident at the end that there was a sequel in the pipeline, I did not feel shortchanged at all. Although Ryan and Tobias' story is far from over, book #7 for me is somehow complete in itself. There were a lot of occasions marked by joy or pleasure which took place that they somehow overshadowed the  gloomy and pressing ones. Of course, the latter are yet to be resolved but for the moment I am satisfied with how well things turned out to be for Tobias, his mom Gladys and Ryan, too.

If what I have read and enjoyed here in the seventh part mirrors the contents of the previous books, then I look forward to reading the Shifters of the Claiming Kind series from the very start. 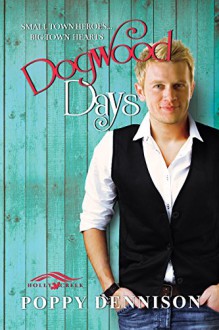 Jefferson Lee Davis rushes to Holly Creek when his favorite Uncle Sherman has a bad fall. With his uncle unable to go about his normal duties, Jefferson Lee takes over his uncle's blog. As the days turn into weeks, Jefferson Lee finds himself getting more involved in the hustle and bustle of preparing for Dogwood Days - the town's biggest festival. But there is this growing attraction to Sheriff Zane Yarbrough that is complicating things plus his unemployment status to contend with. Will the city pull him back or will the town he had grown to love make him stay put?

This story about an American small town with its quirky residents and politics had me from the start. Having grown up in a small town myself, I could not help but feel nostalgic as I read my way through. I enjoyed everything and every character in it so much that I did not realize I had already reached the book's end and I was still expecting for more.

The characters, despite their flaws, are all endearing in their respective ways. Uncle Sherman and Jefferson Lee's closeness reminds me of myself and my nephews whom I treat like my own children. The town's communication network is faster than the speed of light. Everyone is ever watchful if anything is out of order. Squabbles occur now and then but are easily resolved especially if the motives behind such petty arguments or misunderstandings are for the benefit of the community. Clover Crofton, Jefferson Lee's sassy childhood friend, is a hoot. Her beauty, wit and charm can disarm anyone that crosses her path. She is easily my favorite character in the book. Another thing that I liked was how Jefferson Lee and Zane's relationship progressed. The pacing was not rushed nor did it proceed at a slow tempo either.

There is so much to love about Dogwood Days and I could go on and on about it but I wouldn't want to spoil your fun. The author's writing was flawless and her story made me long for my own hometown and it brought back a lot of happy childhood memories.

Overall, Poppy Dennison's latest book had a heart of its own with just the right tad of smexiness thrown in. I almost did not get to read this book but I am so glad that I had the chance to do so or I would have missed a lot. It was a joy to read and it comes highly recommended! 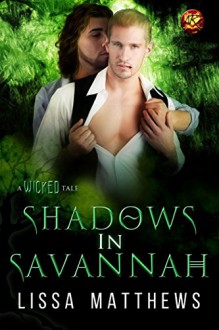 Dane looks forward to his human birthday. that date is the only day in the year that he and others like him who were unwillingly turned can live and die as a human. after 126 years, Dane feels he is ready and makes preparations for his mortal death until he meets the dark and handsome vampire Jorge...

this Wicked Tale takes place within the shadows of Savannah where there lies a world teeming with creatures that remain mostly hidden unless they choose to make themselves known. Dane, the main protagonist, prefers to mingle with humans rather than be with his kind. he is a creature of conflict - appreciative of his vampiric abilities yet yearning to be human at the same time. this desire has its roots in the past - a past which remains obscure to him when he became a vampire. he also wants to die. it is a dilemma that vampires like Jorge who were turned willingly do not have nor even consider.

from the get-go, the reader learns about Dane's quandary. his internal monologues are poignant as he ponders his existence. he is quite an endearing fellow and i liked how the author presented and developed his persona. Jorge, on the other hand, is Dane's opposite. he thrives more in the shadows and has no qualms being a vampire. older and more experienced, he understands all too well what Dane is facing. only one thing is common between them - the deep attraction they have for each other. however, this becomes another predicament as Dane's human birthday approaches. will Dane still choose to die now that he has finally found Jorge?

how this issue was resolved in the end was so simple and logical that it was just one of the many ideas in the book that i found interesting and fresh and i enjoyed reading about.

author Lissa Matthews did a great job with her story. the writing was excellent, the pacing was steady, the worldbuilding was just right and the plot kept me reading until i was done in less than an hour!

the book may have been short in length but it was nonetheless packed with goodness from cover to cover.