Log in with Facebook
or
Wrong email address or username
Sign up
Already on BookLikes? Log in!
Incorrect verification code
Please, check your email, the code to access your BookLikes blog was sent to you already.
Enter code:
« Back Send
back to top
Search tags: october-2015 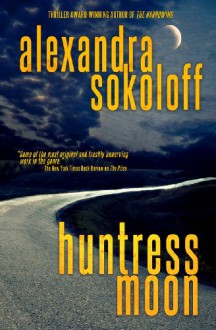 FBI Special Agent Matthew Roarke is closing in on a bust of a major criminal organization in San Francisco when he witnesses an undercover member of his team killed right in front of him on a busy street, an accident Roarke can’t believe is coincidental. His suspicions put him on the trail of a mysterious young woman who appears to have been present at each scene of a years-long string of “accidents” and murders, and who may well be that most rare of killers: a female serial.

Roarke’s hunt for her takes him across three states...while in a small coastal town, a young father and his five-year old son, both wounded from a recent divorce, encounter a lost and compelling young woman on the beach and strike up an unlikely friendship without realizing how deadly she may be.

As Roarke uncovers the shocking truth of her background, he realizes she is on a mission of her own, and must race to capture her before more blood is shed.

Santa Muerte, that was good!

This book is a perfect example for me of the role of timing in whether I enjoy a book or not. I tried to read Huntress Moon earlier in the month, but I went into it with an “urban fantasy” mindset, expecting something a bit on the lightish side, something with a bit of humour. If that is what you want, this is not the droid you are looking for. There are a few fantastical elements, but I wouldn’t characterize it as urban fantasy at all.

This is an intense drama of an FBI agent in search of a serial killer. We even know who the killer is, so the tension develops mostly from the “can Matthew Roarke put the pieces together” question, as well as determining the motive of our killer. When I returned to HM with no particular expectations, this story grabbed me by the collar and made me pay attention. Roarke is a former member of the Bureau’s Behavioral Sciences unit, fighting with his own history as he struggles to get a handle on this case.

Recommended for fans of the Criminal Minds television show or of FBI/BAU nonfiction.

Read to fill the Full Moon square of my 2016 Halloween Book Bingo card. 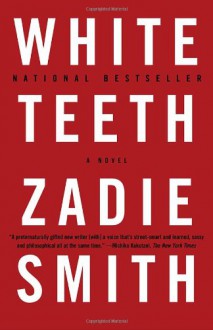 Hoping I can finish this book tonight.  It's due on Friday and I will be out to the theatre on Thursday night (to see As You Like It).  Now that I've put in this much time, getting to the end is starting to feel rather necessary!

I heard the author, Zadie Smith, give a lecture at our university two weeks ago and now I can hear her lovely voice, telling me the story in my mind's ear. 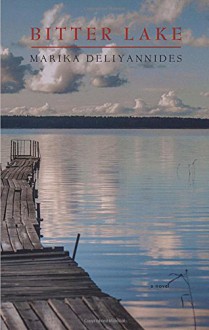 Well, I'm enjoying this novel quite a bit.

What a relief!  You know how it is when someone with significance in your life asks you to read his wife's book?  You feel pressure to like it.

No problem with this one--I think its going to be a 4 star book. 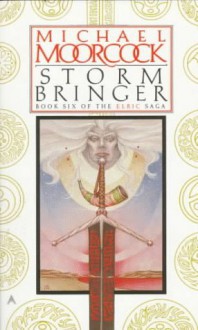 The epic tale of Elric of Melnibone, albino prince of ruins, moves to it's awesome conclusion -with the whole of the natural and supernatural world in mighty conflict - the final conflict, Armageddon. Elric holds the key to the future: the new age which must follow the destruction.To turn that key he must sacrifice all that he loves and risk his very soul.

The strongest feeling I get from Moorcock’s Elric series is melancholy. I understand the lure of that state, as I get it when I read my beloved King Arthur books or at the end of a Shakespearian tragedy. But I feel like Moorcock does it with smoke & mirrors instead of through masterful story-telling. In Stormbringer (and the other Elric novels to be sure) I get this feeling from a combination of atmosphere and setting, but Elric himself leaves me cold. It’s pretty hard to root for the guy who is portrayed as the lesser evil. The details of each novel are tiresomely repetitive—Elric tries to resist using his demonic sword, Stormbringer; without it, he is too weak to be of any use in macho pursuits; he returns once again to using his soul-sucking weapon.

One simple word, repeated several times, was also jarring to me. Elric keeps saying “thanks,” which to me feels like a very modern usage and out of place in this rather archaic setting. If he said “many thanks” it would have grated less for me. Likewise, a number of times contracted words were used, when I thought that spelling out both words would have been more true to the ancient atmosphere, not to mention matching with the other language used. I guess I expect more precise language in a pseudo-archaic world.

I can’t say that I’m unhappy to be finished the Elric saga…..in many ways, it has felt like reading the same book six times.

Book 203 of my science fiction and fantasy reading project. 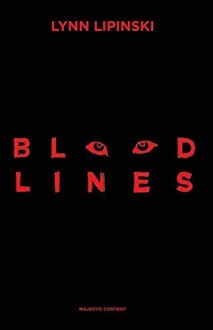 Bloodlines by Lynn Lipinski published by Majestic Content Los Angeles, entertained me by keeping me guessing. I gave it five stars.
This suspense-filled mystery has fully developed characters. They demonstrate the foibles of human nature in that they could not live up to expectations.
Zane is unsure of what to expect about the investigation into his mother's death. He became a suspect & is uncertain as to his own guilt or innocence.
"Zane stood in the morgue, his mother's charred skin burning his eyes & assaulting his nose with its not quite unpleasant smell of burnt flesh. It was her, & also not her, but he knew the only path out of the room & away from this awful sight was to identify her." I had not imagined anyone describing the smell of burnt flesh in this manner. I've found it to be a completely nauseating smell.
"Back in the waiting room, Zane stood there, his back to the pastel art, his arms wrapped around his chest, unable to figure out what to do next. He rolled the damp tissue into a tight ball as if to destroy the evidence of his grief."
He grew up without his father. "If growing up without a father was a dull ache that never went away, then losing his mother suddenly & unexpectedly was a twisting knife to the gut." It was a lot for a 26 year old man to process.
He had lived at the Majestic Trailer Park with his mother & 14 year old sister, Lettie. He returned there to see if there was anything salvageable from the burned trailer. "Crunchy brown leaves littered the ground like scabs. Proof that the Majestic did not inspire homeowner's pride was everywhere. Propane tanks left outside to rust, leaves clogging rain gutters, cars on cement blocks & faded Christmas decorations that had been up since four Christmases ago. At least it was finally October & they were almost in season again."
He had to tell his sister about their mother. It was not an easy job. "'Mama's gone,' he said. The profound weight of the loss hit him again, this time combined with the realization that he was the closest thing Lettie had to a parent right now." He needed to guard & protect her. The thoughts weighed him down. He felt alone, adrift, afraid.
They learned that their mother was not who they had believed her to be. There were further life-threatening discoveries to make. Can they learn who killed their mother before they are killed?
I received a free kindle copy from NetGalley. That did not influence my opinion for this review.
mystery suspense Thrillers Reviewed criminal-murder
More posts
Your Dashboard view:
All Reviews Text Photo Quote Video URL Activities
Liked posts Top Tags
Press About Terms of Services Privacy Policy Contact Us Blog FAQ Patronaty medialne BookLikes for Authors Partners panel more...
Team Themes Docs API Blogs
Copyright © 2020 BookLikes