Log in with Facebook
or
Wrong email address or username
Sign up
Already on BookLikes? Log in!
Incorrect verification code
Please, check your email, the code to access your BookLikes blog was sent to you already.
Enter code:
« Back Send
back to top
Search tags: greenland 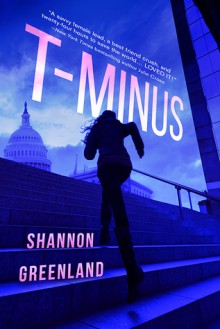 A terror with no answer needs a girl with no limits.

I can’t trust anyone, so it’s up to me to uncover the conspiracy and stop these madmen. Because little do they know, they picked the wrong person to terrorize.

Welcome to the Release Week Blitz for 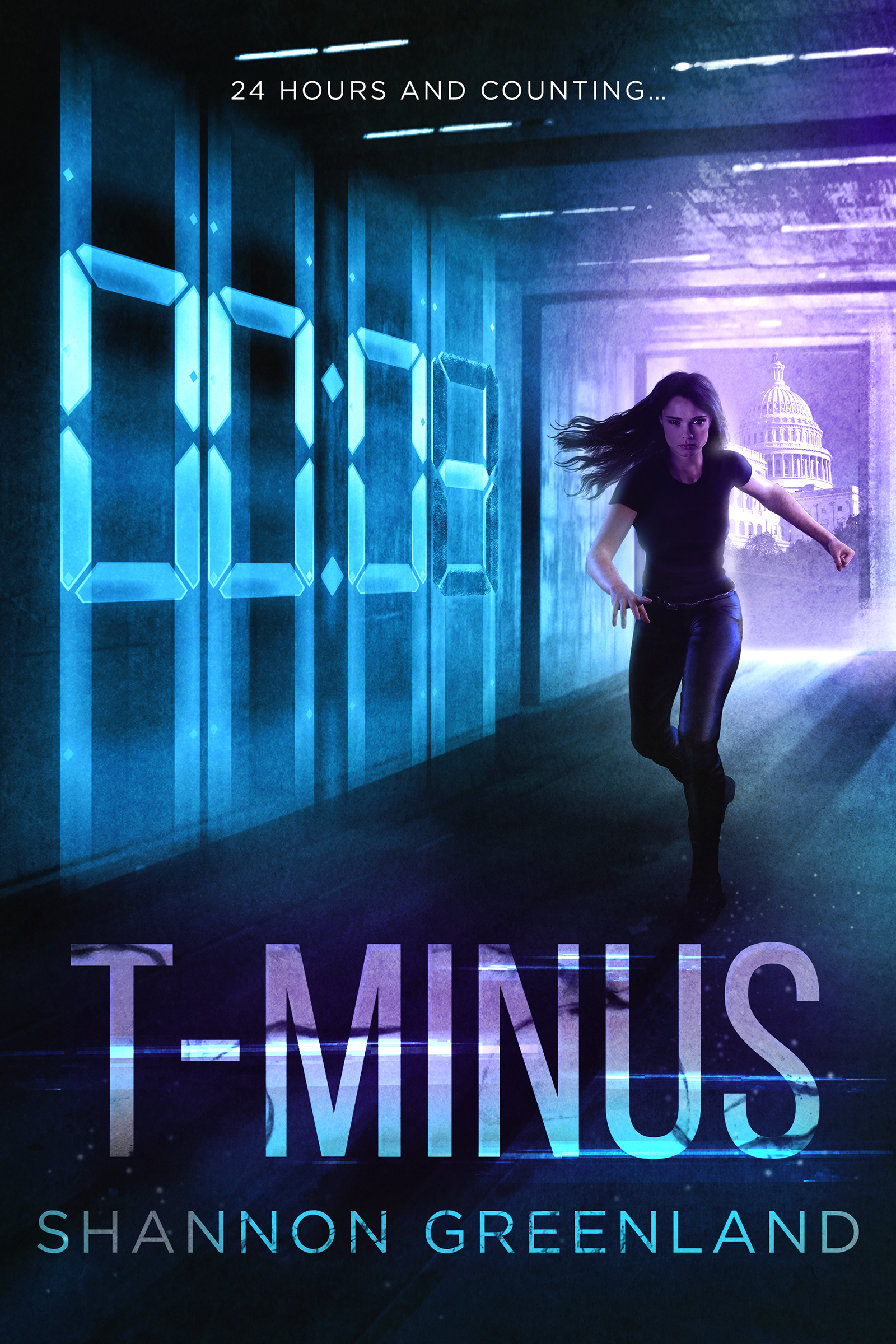 I can't trust anyone, so it’s up to me to uncover the conspiracy and stop these madmen. Because little do they know, they picked the wrong person to terrorize.

Shannon Greenland, or S. E. Green, is the award winning author of the teen thriller, Killer Instinct, a YALSA Quick Pick for Reluctant Readers; the teen spy series, The Specialists, an ALA Popular Paperback and a National Reader’s Choice recipient; and the YA romance, The Summer My Life Began, winner of the Beverly Hills Book Award. Her books have been translated into several languages and are currently on numerous state reading lists. Shadow of a Girl is her latest novel and due out 9.19.16. Shannon has participated in and served as a guest speaker at festivals and conferences around the country to include but not limited to the LA Times Book Festival, American Library Association, Book Expo of America, Bouchercon, Romance Writers of America, RT Book Convention, Young Adult Keller Book Festival, Southern Festival of Books, and many more. Shannon grew up in Tennessee where she dreaded all things reading and writing. She didn’t even read her first book for enjoyment until she was twenty-five. After that she was hooked! When she’s not writing, she works as an adjunct math professor and lives on the coast in Florida with her very grouchy dog. Find her online everywhere @segreenauthor. 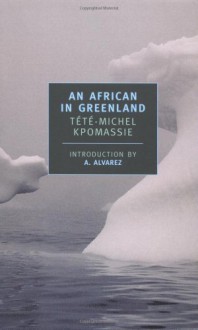 This is the travelogue of a young man from Togo who determined at age 16 that he would go to Greenland, then spent the next 8 years working his way there. A quarter of the way through the book, he arrives, and spends the next 15 months traveling gradually further and further north, living with the Inuit, learning their methods of hunting and fishing, and adopting their way of life. His time in Greenland apparently took place in 1965-66, and the culture he found certainly bore the stamp of Danish colonial rulers (well-insulated turf dwellings almost entirely replaced with inferior wooden houses; people living in southern cities had largely given up hunting and depended on government handouts), but in many other ways it still seems quite unique. Families sleeping all together in a single bed with their children and visitors; hunting in kayaks and with dog sleds; packs of huskies that sometimes serve as food themselves when provisions are tight, but which also sometimes attack and eat humans; constant visiting from one home to another, with people wandering right into each other’s houses; butchering animals indoors and eating the meat raw, the children all winding up with blood in their hair; a complete lack of sexual jealousy or concern for fidelity, including in some places ritual “swinging”; it’s a colorful picture Kpomassie paints here. I couldn’t help wondering if his depictions of both Togo and Greenland were deliberately “exotic” to appeal to a European readership with little knowledge of other lands, though a quick online search turned up no evidence of this book having been debunked so far.

That said, it’s definitely an interesting account, allowing readers to armchair-travel to a far-flung place with a unique character. For all Kpomassie seems to love Greenland, it’s a warts-and-all depiction that probably won’t inspire many to follow his footsteps in person; this book isn’t for the squeamish, whether it’s describing the butchering and eating of raw meat, or canine and human bodily functions and sexual behavior. But it is well-written, closely-observed and engaging.

My biggest criticism is that the author’s inner life is oddly lacking, which contributes to the comparison to a fairy tale: there’s little sense of how Kpomassie thinks or feels about much of anything, especially after arriving in Greenland. He writes about his journey as if it were easy: working his way through West Africa and Europe, everywhere he goes he finds a job that allows him to support himself and save money, learns the language easily, finds people willing to take him in where he needs them, and generally gives the impression of being untouched by circumstance, of nothing truly bad ever happening. Perhaps I’m just too used to reading books about dire circumstances myself. But I couldn’t help wondering about the deeper story of his journey and what he did with his life afterwards.

I also have to comment on the bizarrely worthless introduction. The mysterious “A. Alvarez” is an awfully careless reader: stating multiple times, for instance, that Kpomassie spends an entire winter with his final host family, while he tells us quite specifically that he stayed there from July 3 until around September 22, when he took the last boat out before the pack ice set in. Alvarez also seems to seriously misread the python cult episode in Togo, claiming that the head priestess demanded Kpomassie as a devotee in exchange for healing, while actually, his father paid for the healing separately, and the request that he also become a priest was based on his personal qualities and considered an honor by his family. Why the publisher would even include this careless waste of ink in the book is beyond me.

Overall, an interesting and unusual book, and one I generally enjoyed while reading it, though I wasn’t always drawn to pick it up. Certainly worth a read for the armchair traveler. 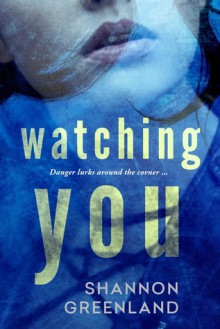 There is a lot to unravel about Viola's story and I hope to do it justice. We meet Viola as she is starting at a most prestigious school that she's worked tirelessly to attend. From the first interaction with Riel we know that there is a spark between them but it is quickly doused with cold water when Viola realizes Riel is her competition for the scholarship that allows her to attend the school.

As Viola settles in at her new school she has a strong sense of impostor syndrome. She hasn't lived the privileged life most of her classmates have and if they only knew where she came from she would never be accepted, or so she thinks. This particular piece of of the story is so important. The need to fit in, to feel like you belong, is so strong as you enter into adulthood. This is Viola's chance to change her life and she's willing to fight hard, study furiously, and try to ignore her budding feelings for a certain boy.

I really loved falling in love with Riel. His character has so much depth and passion that it's impossible to ignore. Viola deserves a beautiful soul like Riel and their story was enthralling to read. Of course, as with most relationships, there are hurdles to overcome and trust to be earned, but I was rooting for them from the first meeting.

My favorite part of suspense novels is trying to figure out who did it, before it's revealed in the story. I was not successful in this case, which makes me love this story even more. Viola's stalker was a mystery right up to the reveal. So hang on to your hats, cause you're in for a whirlwind.

I'd recommend this book to readers who enjoy a good coming of age story with a lot of heart, and a great build of suspense. 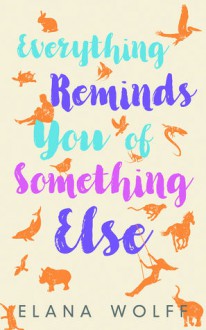 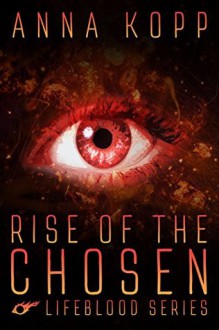 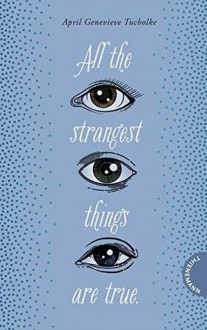 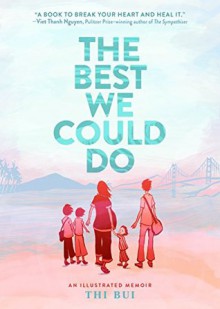 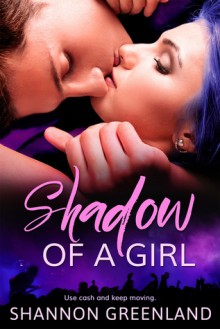 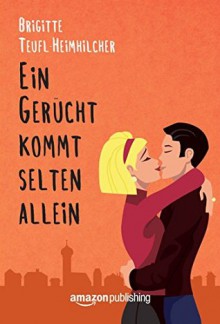 Everything Reminds You of Something Else - 3 stars

Rise of the Chosen - 3 stars

All the strangest things are true. - 3 stars

The Best We Could Do - 5 stars

Favorite book(s) of the month: Entsetzen, The Best we Could Do

Books started this month but haven't finished yet: Tote Augen

7 books, man. What is happening at the moment? I can't believe I'm getting through so many books. I also haven't read any book this month that I didn't enjoy, so I'm pretty happy with my reading choices in march.